A Lifetime On The Hips

It just occurred to me that I was almost eaten by a monster this morning. In the middle of the night I woke up to the most horrible shrieks, so I quickly put my shoes on to check on my sweet chickens. Isn’t that exactly what you are not supposed to do? If this had been an actual horror movie, everyone would have been screaming at me not to go out there. Everyone always screams at the screen to stay inside and don’t be an idiot. I could never really suspend disbelief enough when I would watch the characters, completely oblivious to the danger they were in, just walk right into the evil blood thirsty monster’s clutches. No one could be that stupid. Oh yes they can, and that’s exactly what I did. I was half asleep and worried about my sweet ladies. I didn’t even bring a bat. What the heck was I going to do once I came face to face with the monster? Scream? That never works. I could sing. That’s a pretty awful noise. The issue with that is I would be taking too long picking a song choice. The creature would be halfway done with my left leg before I could decide between country or rock. I would have to depend solely on the fact that I look a bit fattening. 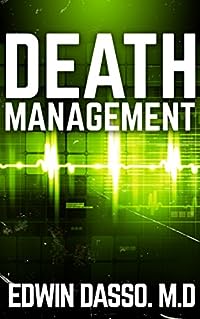 Health can be a deadly thing…

Dr. Jack Bass, MD, and his new love Janice move to a new city in attempt to start their life together. After narrowly escaping murder at the Southern Medical Center, Jack steers his career away from the hospital, taking a new promising position at a small healthcare company that provides support and assistance to people with serious medical issues. However, as he unfortunately discovers, things at the company are not as they seem.

Medical suspense thriller that will keep you breathless

Jack slowly uncovers the real and deadly plan for profit lurking underneath the medical center’s innocent facade. Once again, Jack must uncover a ruthless ring of plots and connections in order to protect innocent victims, his new love and himself. Will he be able to neutralize the threat before it’s too late?

Death Management is the third book in the successful Jack Bass Black Cloud Chronicles medical murder mystery series. Prepare to be amazed by a surprising plot full of unexpected twists and breathtaking turns. 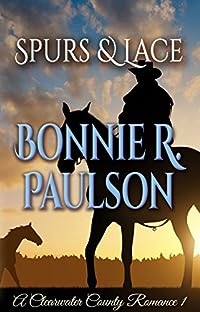 Feud is a four-letter word.

And so is love.

A desperate doctor from the city…

They’re fighting their own differences and a feud that threatens to rip apart the town.

Slate will do whatever it takes to keep his ranch – except fall for the doctor who might be working for his nemesis. To protect the people he loves, he might have to risk his own life… and his heart.

Becky will do what it takes to get rid of debt and help her parents. Will she be a traitor to her heart and the cowboy she’s falling for?

Take a ride into Big Sky Country with Becky and Slate!

Oliver Jones is the most dangerous man in the world.

At least, someone out there believes he is. Oliver himself thought he was one of the world’s duller men, working as a financial analyst in San Francisco by day and eating microwave dinners by himself every night. That was until he befriended a stray cat, and then one lonely night the cat began to speak to him.

Now Oliver is on the run, hunted by an inhuman assassin whose client believes Oliver is the “Destroyer of Worlds.” His only hope for survival rests with a trio of unlikely new allies: A werewolf with a fondness for Hawaiian shirts, an emotionless little girl who is much, much older than she appears, and a genocidal gunfighter with a serious anger management problem.

And there’s that talking cat, of course. But that’s a little harder to explain… 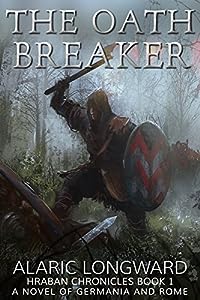 The Oath Breaker: A Novel of Germania and Rome (Hraban Chronicles Book 1)
by Alaric Longward

Hraban, the Raven, is a young Germani noble, born to the Marcomanni tribe during the reign of Augustus. Having never met his father, the ill-omened Maroboodus, and raised by his war-chief grandfather Hulderic, Hraban’s dream of the return of his famous father from Roman service suddenly becomes reality. Unfortunately, the return of his father also brings death and war to their village, and the malice or Rome follows his father and his rogue men like a shadow. Drusus, the famed Roman soldier prowls on the borders of Germania’s many tribes, and will surely lead the legions against them eventually. A hunted man, Maroboodus hopes to unite the nations against the threat, and he has brewed a desperate plan in his clever mind. His son Hraban, and Hraban’s brother Gernot, must weight their honor against the demands of their powerful, deceitful father, and find a way to survive the roles Maroboodus has chosen them in his grand scheme.

That scheme is also a desperate one. Maroboodus’s Roman ways are ill-suited for the Germani, and he is seen as an outsider, who still must convince them all to heed his wisdom. Maroboodus knows triumph against Drusus comes only from discipline so lacking in Germania, and survival hinges on a change in the old ways, and perhaps on the demise of those, who would not change anyway. So, men must die. Hraban’s task is to betray his own for his father’s vision, before Rome, the ever-hungry Wolf, turns south. While Drusus is busy in the north, subjugating the Chauci, and the Sigambri, Maroboodus must not only grasp power in the Marcomanni tribe, but to form a grand alliance of former and current enemies in the south. Then, he must defeat the tribe of the Matticati, staunch Roman allies. Hraban’s role, the one he must adopt in order to prove himself to Maroboodus, demands he must make, and break many oaths. If he succeeds, the Germani might be saved under the leadership of Maroboodus, and Hraban might finally find the favor of his father, if not his honor.

And yet, Hraban finds a surprising, hidden layer in the schemes of his father, and must ultimately decide between family, and the honorable ways of his ancient people.

The Oath Breaker is a story of Rome and Germania, and based on historical accounts of a period, when the fate of Germania was decided, and the foundation of the imperial Rome was built. It is a first book in a series that will take Hraban from the mysterious depths of the Black Woods to the illustrious, terrible Rome, and far beyond, as he seeks to avenge his lost kin and honor. Drusus, Tiberius, Livia, Augustus, and many other famous men and women will have their part to play in the story of the ancient legends. War, love, betrayal, and friendship alike can be found in this massive tale of the past. The brutal story of Hraban and his friends is one of Longward’s most powerful books.

The book contains graphic violence, and is not suited for a reader seeking a fast read. 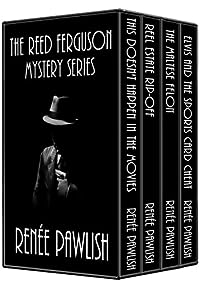 From an Amazon #1 Bestselling Author – over 1 million books in circulation.

Wannabe detective Reed Ferguson is enchanted by the drama of film noir. Dive headfirst into his crime-solving adventures with this thrilling box set — and enjoy plenty of laughs along the way!

THIS DOESN’T HAPPEN IN THE MOVIES (Book 1)

A wannabe private eye with a love of film noir and detective fiction. A rich, attractive femme fatale. A missing husband. A rollicking ride to a dark and daring ending.

Reed Ferguson’s first case is a daring adventure, complete with a dose of film noir, and a lot of humor. With a great supporting cast of the Goofball Brothers, Reed’s not too bright neighbors, and Cal, Reed’s computer geek friend, This Doesn’t Happen In The Movies is detective noir at its best. Follow Reed as he solves crime akin to his cinematic hero, Humphrey Bogart.

A mysterious death. A brother searching for the truth. A devious ex-wife. Real estate shenanigans. More danger for Reed than a film noir plot.

Reed Ferguson’s second adventure is again filled with film noir and humor. Along with the Goofball Brothers, Reed’s not too bright neighbors, and Cal, Reed’s computer geek friend, Reed tackles a dangerous case, sharpening his skills as he unearths a string of clues that lead to a killer — but will this case cost Reed his life? With an ode to old Hollywood and movie memorabilia, Reel Estate Rip-Off is humorous detective noir at its best.

When an attractive female client begs Reed Ferguson to find her prize-winning Maltese show dog stolen from her back yard, Reed suspects he may be channeling Ace Ventura: Pet Detective rather than his hero, Humphrey Bogart. It sounds like a simple case, but things take a dangerous turn and Reed discovers that man’s-best-friend can attract some decidedly unfriendly characters!