I am not usually one to get excited about fashion, but with the royal wedding of Prince Harry and Maghan Markle just weeks away, there is one thing I am really looking forward to, the Fascinatores. I enjoy the Fascinators that the guests wear to weddings. I love that there is an unspoken competition to see who can wear the most elaborate piece. They are works of art that can really entertain when things get a little boring waiting for the bride to arrive. When I first became aware of them I thought they were ridiculous looking, but after really looking at them and learning about there history, I have come to appreciate the artistry of those elaborate headpieces. While everyone is looking at the bride, I will be sitting there in my t-shirt from Target and my Costco pants critiquing the gravity defying Fascinatores of the guest of the most anticipated wedding of the year. 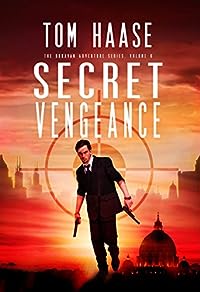 A daring assassination attempt leaves FBI Agent Matt Higgins’s closest friend bleeding out in an alley. Seeking justice, he embarks on a global search to identify the mastermind behind the attack.

But Matt’s decorated career has left him with many enemies and plenty of suspects — from the Grand Ayatollah to the steps of the Vatican. And bringing those responsible to justice will force Matt to choose between the country he’s sacrificed everything for and his thirst for revenge. 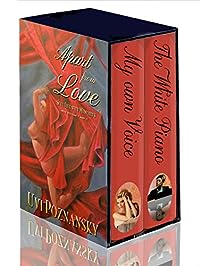 Apart from Love: (Still Life with Memories, Volume 1 and 2)
by Uvi Poznansky

Apart from Love is not your typical love story. All-consuming, heart-wrenching, and dark, it is an epic that starts when Ben returns to meet his father, Lenny, and his new wife, Anita. It is then that he discovers a family secret. How will they find a path out of conflicts, out of isolation, from guilt to forgiveness?

My Own Voice (“As told by Anita”):
Ten years ago, Anita started an affair with Lenny, in spite of knowing that he was married and that his wife was succumbing to a mysterious disease. Now married to him and carrying his child, how can she compete with Natasha’s shadow and with her brilliance in the past? Given Anita’s lack of education, how can she resist his compelling wish to transform her? Can she survive his kind of love?

Faced with the way he writes her as a character in his book, how can Anita find a voice of her own? And when his estranged son, Ben, comes back and lives in the same small apartment, can she keep the balance between the two men, whose desire for her is marred by guilt and blame?

The White Piano (“As told by Ben”):
Coming back to his childhood home after years of absence, Ben is unprepared for the secret, which is now revealed to him: his mother, Natasha, who used to be a brilliant pianist, is losing herself to early-onset Alzheimer’s, which turns the way her mind works into a riddle. His father has remarried, and his new wife, Anita, looks remarkably similar to Natasha — only much younger. In this state of being isolated, being apart from love, how will Ben react to these marital affairs, when it is so tempting to resort to blame and guilt? “In our family, forgiveness is something you pray for, something you yearn to receive — but so seldom do you give it to others.”

Behind his father’s back, Ben and Anita find themselves increasingly drawn to each other. They take turns using an old tape recorder to express their most intimate thoughts, not realizing at first that their voices are being captured by him. These tapes, with his eloquent speech and her slang, reveal the story from two opposite viewpoints. 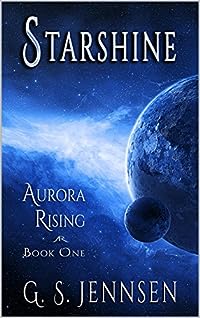 SPACE IS VAST AND UNTAMED, AND IT HOLDS MANY SECRETS.
Now two individuals from opposite ends of settled space are on a collision course with the darkest of those secrets, even as the world threatens to explode around them.
The year is 2322. Humanity has expanded into the stars, inhabiting over 100 worlds across a third of the galaxy. Though thriving as never before, they have discovered neither alien life nor the key to utopia. Earth struggles to retain authority over far-flung planets and free-wheeling corporations while an uneasy armistice with a breakaway federation hangs by a thread as the former rebels rise in wealth and power.

Alexis Solovy is Earth Alliance royalty, her father a fallen war hero and her mother an influential military leader. But she seeks only the freedom of space and has made a fortune by reading the patterns in the chaos to discover the hidden wonders of the stars.

Nothing about her latest objective suggests the secret it conceals will turn her life– not to mention the entire galaxy–upside down. But a chance encounter with a mysterious spy leads to a discovery which will thrust Alex into the middle of a galactic power struggle and a sinister conspiracy, whether she likes it or not. 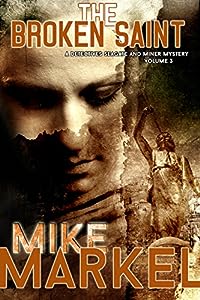 The Broken Saint: A Detectives Seagate and Miner Mystery
by Mike Markel

Seagate and Miner investigate the murder of Maricel Salizar, a young Filipino exchange student at Central Montana State. The most obvious suspect is the boyfriend, who happens to have gang connections. And then there’s Amber, a fellow student who’s obviously incensed at Maricel for a sexual indiscretion involving Amber’s boyfriend. But the evidence keeps leading Seagate and Miner back to the professor, an LDS bishop who hosted her in his dysfunctional home. Seagate takes it in stride that the professor can’t seem to tell the truth about his relationship with the victim, but her devout partner, Ryan Miner, believes that a high-ranking fellow Mormon who violates a sacred trust deserves special punishment. 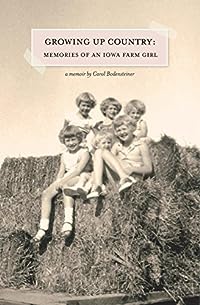 Growing Up Country: Memories of an Iowa Farm Girl
by Carol Bodensteiner

Growing Up Country: Memories of an Iowa Farm Girl delivers a treat as delicious as oatmeal cookies hot out of the oven – a memoir of a happy childhood. In charming and memorable vignettes, Carol Bodensteiner captures rural life in middle America, in the middle of the 20th Century. Bodensteiner grew up on a family-owned dairy farm in the 1950s, a time when a family could make a good living on 180 acres. In these pages you can step back and relish a time simple but not easy, a time innocent yet challenging. If you grew up in rural America, these stories will trigger your memories and your senses, releasing a wealth of stories of your own. If the rural Midwest is foreign territory to you, Carol s stories will invite you into a fascinating and disappearing world.