Fast-paced and filled with twists and surprises, this amazing collection by AB Plum is anything but typical. These five stand-alone books are are sure to take you on a wild ride. Enjoy! 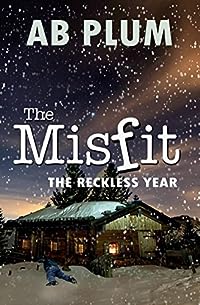 The Reckless Year, Book 4: The MisFit
by AB Plum

A psychopath in love?

Yes, and not with a vampire. Or zombie. Or misfit.

With a beautiful, smart, electrifying woman iconic Silicon Valley CEO Michael Romanov can imagine as the mother of his children.

Bewitching as she is, her loser boyfriend makes her totally unsuitable. But all the more desirable. Boyfriend’s refusal to accept a bribe or succumb to threats ups Michael’s determination to possess her.

When lies and deceit and charisma fail, he falls back on what he does best: Eliminate his opponent permanently.

Warning: This is not your typical boy-meets-girl, boy-loses-girl, boy-wins-girl romance.

WARNING: Darkness leaps from these pages because there’s always someone out there wanting to right a wrong…

Ho-hum. Fresh from killing his older brother and orchestrating his mother’s suicide, eleven-year-old Michael Romanov hungers for excitement. He and his foster brother, Dimitri, while away their summer evenings picking pockets in Copenhagen’s famous Tivoli Gardens. 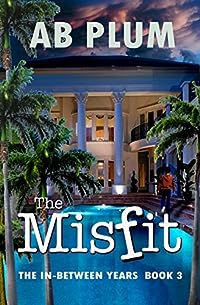 The In-Between Years: The MisFit
by AB Plum

Expect a twist at the end of this chilling psychological thriller. You won’t see the ones coming in the beginning and the middle.

In exchange for saving you from kidnappers and probably death, what if your father grooms you to become a murderer?

What if he promises to make the risks you’ll take worth a small fortune?

How long would you hesitate?

Already a killer, thirteen-year-old Michael Romanov jumps at the opportunity to please his father. Attaining financial independence while indulging in deliberate depravity is an unexpected bonus.

This dark story paints a corrupt man’s twisted demands from a son obsessed with gaining a father’s love and respect. 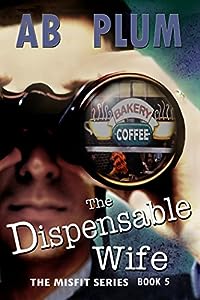 The Dispensable Wife (The MisFit Book 5)
by AB Plum

Eyes are everywhere… Look at the recently toppled powerbrokers in Hollywood, Washington, and Silicon Valley. Eyes somewhere saw their stupidity. From eyes to mouth to headlines.

When iconic Silicon Valley CEO Michael Romanov discovers his cheating wife flirting in public with an obvious loser, he tears her apart. But he slices and dices her with such civility none of the coffee drinkers notice. They’re too in awe of the legend’s presence.

One busybody, though, picks up immediately on his controlled fury. Sly as a fox, she begins to share her observations of his wife’s past trysts. She can’t believe that the “older gentleman” so often with AnnaSophia isn’t her husband.

The more the witness divulges, the more she proclaims her discretion. Ready to explode, Michael sets a trap she walks into. That trap will render her permanently discreet.

Three children. An ailing father. No work history for the past fifteen years. No friends. No money. Despair keeps AnnaSophia shackled to a charismatic wolf in designer clothing. She has no hope to escape his hold. In a divorce, he’ll take the kids and let her father die. Every day, she lives in dread of igniting Michael’s short fuse. When he shows up at the coffee shop, she fears for her yoga instructor’s life as well as for her own.
His revenge is surprisingly mild. Then, she learns of the murder of the girl in the coffee shop… 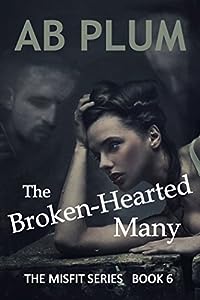 The Broken-Hearted Many: Book 6, The MisFit Series
by AB Plum

The Broken-Hearted Many: A psychological thriller that will keep you turning pages all night with every light in the house blazing. WARNING: You won’t guess the twisted conclusion.

A dead man’s evil lives on…

After a nasty mother-teenage daughter argument, AnnaSophia Romanov discovers her defiant daughter in bed with a stranger.

Fodder for the sleazeratti. Hell for Alexandra’s younger brother and sister. They’re still coping with the aftermath of their psychopathic father’s brutal, unsolved murder.

Desperate, AnnaSophia calls the last person she should ask for help. The tabloids claim ex-cop Satish Patel abetted her in her husband’s murder. He reluctantly agrees to deal with the deviant in Alexandra’s bed. But then, AnnaSophia makes a disastrous decision that leads to six murders.

That decision reveals a lifetime of lies, deceits, and secrets which threaten to destroy her entire family.