“Salad tastes like sadness.” HA! It’s still only breakfast time, but I just love that quote. It makes me giggle. That’s the only way salad makes me giggle though. This week nothing can really get me down. The countdown to our Disneyland trip is reaching a fever pitch and I couldn’t be more excited. At this time, In just five days, we will be on our way to the airport with my partner in crime and her family. I love the anticipation of fun trip, so I am already enjoying myself. I have already started putting necessities on the dining table. I don’t want to forget anything. Plus it’s fun to see the important items that we need for a TRIP TO DISNEYLAND! Yep…I’m yelling again. WEEEE!!!

He wants a break. She wants a ring. Love stands on shaky ground.

Susie Williams yearns for a romantic wedding with her boyfriend of five years. Reggie Barker runs from demands to marry any woman, including Susie.

After the wedding of their best friends, Reggie resists Susie’s hints about marrying. He suggests they take a break. An angry and heartbroken Susie kicks him down the road and into the arms of the voluptuous Sally Jean. After Susie is mugged, she discovers Reggie’s gambling debt brought the thugs to Victory to scare him into paying. With her love for Reggie in doubt, she is tempted by a rich publisher and reconsiders her options. Meanwhile, Reggie starts to realize Susie means more to him than the tavern he owns, more than the gambling he’s hidden, and more than any other woman he knows.

Buy Behind the Bar to read stories about irresistible characters filled with passion. 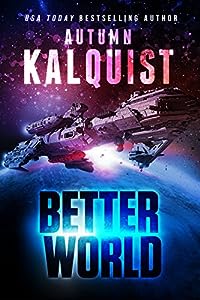 USA TODAY Bestselling Series
Three hundred years ago, Earth suffered a mass extinction event, and the last humans fled to the stars in search of a new home. In the darkness, they fought to survive. Now the fleet decays, and their hope of finding a better world is fading.

Aboard the London, the Kerrigan family rules with an iron fist. Maeve Vasquez slaves away in the blistering metalworks, stalked by tragedy and chained by tradition. She’ll do anything to escape… no matter the cost.

Brutal conspiracies and devastating betrayals threaten to fracture the fleet. And the colonists have forgotten the most important lesson their ancestors swore to remember: It only took one wrong choice to destroy life on Earth.

Will the descendants make the same mistake?

Better World is a 154 page episode and takes place two years before the events in Legacy Code. 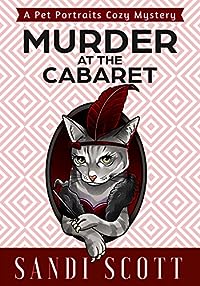 Murder at the Cabaret: A Pet Portraits Cozy Mystery (Book 4)
by Sandi Scott

A visit from Georgie’s youngest son brings her to the cabaret, where she finds herself solving the murder a burlesque queen and reconsidering her divorce.

Her son Andrew is anxious for her to give his father a second chance, while a handsome acquaintance has asked her to go on a date.

Andrew takes Georgie to a cabaret show, giving her a front row seat as the curtain rises to reveal the star performer dead, right under her nose. Georgie can’t resist the lure of another mystery, so she is soon in the thick of things trying to figure out whodunit, all the while preparing for her first date with her new beau, Obby.

Hijinks galore from Georgie, a free-spirited sexagenarian who paints pictures of pets and is always eager to solve a mystery, will have you laughing out loud.

Over the top acting, bizarre medical conditions and yummy sweet treats all come together as Georgie solves the murder of a burlesque queen, while doing her best to keep her sleuthing sideline a secret from the new man in her life.

This is book 4 in the Pet Portraits Cozy Mystery series, but can be read as a standalone. 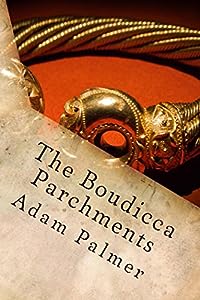 The sensational follow-up to THE MOSES LEGACY

A thriller that challenges everything you think you know about the “New World Order”.

A night-time intruder at an archaeological dig site in England finds a parchment written in Hebrew script. Thousands of miles away, Semitic language expert Daniel Klein (fresh from his brush with a dangerous American sect) receives a blurred image on his mobile phone. But when he goes to meet the sender and old nemesis – a fraudster called Martin I. Costa – he realizes that he has walked into an ambush.

Accused of murder, Daniel finds himself on the run, pursued not only by the police but also by a small but ruthless sect of anti-Zionist,ultra-orthodox Jews (Shomrei Ha’ir) led by the fanatical Shalom Tikva. And they are determined to silence him. With the help of a wise and eccentric Cambridge Professor of Archaeology and a beautiful Irish-Israeli Mossad officer, Daniel follows a trail of clues that takes him from the uprising of Boudicca to modern Rome to Massada – the site of an ancient siege and battle – in a quest for the link between two of the Roman empire’s most troublesome opponents: the ancient Britons and the Judeans. All the while, they are barely one step ahead of Bar-Tikva, the physically strong but feeble-minded son of the leader of the ruthless Shomrei Ha’ir. And both father and son are hell-bent on murder.

But who are these ultra-orthodox Jews trying to stop Daniel – even to he point of targeting his sister and her young daughters? And why are they being helped by Chienmer Lefou, a glamorous, antisemitic former fashion model, who accuses the Jews of running the New World Order and yet seems to have jumped into bed with a Jewish sect who are still living in the past? Could it be that what Daniel has stumbled upon is equally threatening to the Belgravia-based Lady Lefou and the small Jewish sect in their self-imposed ghetto? Or is it simply that their very different motives have created strange bedfellows?

With the killers closing in on Daniel from all sides, he must keep his wits about him, as danger lurks in every corner – and he doesn’t know whom he can trust. 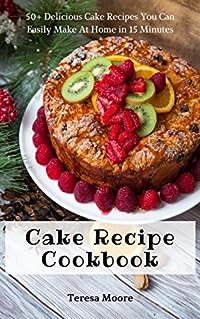 Here You Will Find The Ideal Recipes That Make Your Evenings So Much Easier!

This Recipe Book Is The #1 Things You Need To Make Healthy, Easy and Delicious Meals!

In this book, there are many recipes for cakes made of puff, sand, custard, yeast and sponge cake. And they are unique in that they make it possible to enjoy the taste from our childhood. Thanks to the excellent and clear instructions to cook on this book will be easy and pleasant for any culinary. Give the same holiday to your family by filling the house with the aroma of fresh muffin! Bon Appetit!

Learn How To Make These Easy Recipes

• Chocolate cake with biscuits without baking

• Chocolate cake with cream and cherries