Assured writing, a locomotive plot and non-stop action create a heady combination in author Kenneth Kirkeby’s Red Stick series that shows no signs of slowing down. This gripping, action-rich, and incredibly well-paced, modern adventure is one not to miss. Enjoy! 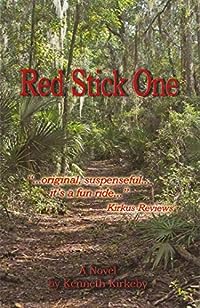 Red Stick One
by Kenneth Kirkeby 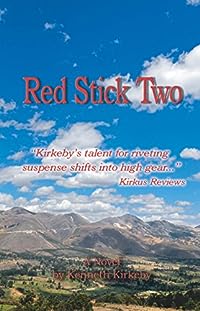 In Red Stick One master tracker, Virgil Cleary, went outside the law to bring his mentor’s killer to justice. Red Stick Two is set 12 years later. Virgil and Michelle are now married and living on their Wyoming ranch with their two children. Life has been happy for the Clearys but the ranching business is difficult. When Virgil’s former intelligence chief offers a lucrative mission Virgil accepts, partly for the money but ideally to reaffirm his sense of value to his country. In this exciting sequel, Virgil must travel to South America, to a country nearing civil war, where he joins forces with Agent Richard Creole. Together the two operatives will rely on each other’s unique skills to locate an American engineer abducted by members of the rising Maoist movement.