Author John D. Ottini’s novels are thrilling, compelling, and wonderfully executed. This incredible collection filled with mystery, romance, and suspense, is sure to captivate readers from beginning to end. Enjoy! 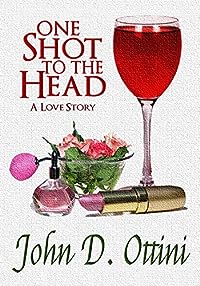 One Shot To The Head: A Love Story
by John D. Ottini

When her longtime boyfriend Tyler decides to take Brie to a high-priced French restaurant for a romantic dinner on Valentine’s Day, she naturally assumes that he will at long last propose to her.

What she doesn’t expect is an evening that ends in humiliation. And where will this leave their relationship?

Includes a Bonus Story: A Time to Forgive

NOTE TO READERS: This 5,000 word eBook contains two short stories. Please keep this in mind when purchasing this product.