The Unicorns Ate The Berries

I wonder why it hasn’t been mentioned before, or at least I have never heard it. The beginning of Summer vacation is exactly the same as New Years Day. Everyone has all these wonderful plans to become better people. They will cook and exercise more, and watch less TV. It is the beginning of being better people. Now instead of having resolutions to make and break just once a year, there are now two opportunities to feel bad about yourself and feel like a failure. Summer Resolutions! YIPPEE. My Summer resolution is to wake up each day and drink coffee. I am pretty sure it is doable. Especially since I get hungry and want to get out of bed for food. If I don’t drink the coffee I have horrible withdrawals and get really sick. As I sit here drinking my third cup of coffee I am feeling pretty darn accomplished in my goals. I might step it up a notch and take a nap so I can wake up twice in the same day. BAM! 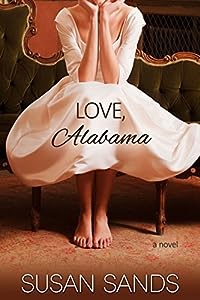 Emma Laroux’s a fallen Southern beauty queen whose past is barely whispered about in her small town. But the secrets and lies surrounding her scandal still haunt her, and something about Matthew Pope may hold the answers… if only she could put her finger on it.

Matthew Pope wonders what awful karmic thing he’s done to land him in Podunk, Alabama. But when he sees Emma Laroux again after all this time, he knows he’s still the only one who holds the key to unlocking the truth of her past…

Will a shared moment in time ten years ago threaten the best thing that’s ever happened to them – each other? 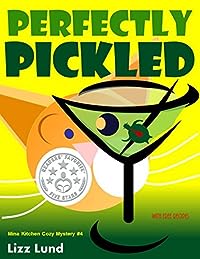 From the funny author of Confection Connection, Christmas Bizarre and Kitchen Addiction!

Spring is here–finally–and things are looking up! Our intrepid hero, Mina Kitchen, has a new car. Well–it’s new to her. And she even has a boyfriend or two lined up. But that’s because her BFF, Trixie, signed her up on Cupidsbow.com behind her back. Some prospective dates appear a bit odd–but never mind; it’s good to make new friends, right?

But all hope of smooth sailing vanishes when Mina hits another bump in the road: she loses her part-time job at Chi-Chi’s cosmetic counter. And Chef Jack hasn’t been scheduling her at Squirrel Run Acres lately, and her catering for James’ massage gigs are replaced by a new, full-time (and gorgeous) assistant. WTH?

To make matters worse, her financial calamities become outnumbered by the steady stream of corpses floating her way. Never mind the dead bodies pouring forth from her aunt’s church, St. Bart’s Episcopal–they’re experiencing a new take on mass exodus. Congregation members are trading up at the Pearly Gates quicker than a greased geezer through a glass casket–that is to say, they’re dropping like flies.

The grim mortgage reaper looms, when suddenly Mina’s solvency is rescued as she stumbles upon a full-time job. A rather peculiar job, with some definitely peculiar co-workers. Who try to kill her–and Chef Jack.

Can Mina finally climb out of her proverbial–and literal–holes? Or will she wind up getting backhoed alongside a maniacal murderer? And where the heck’s a Lavender Cosmo when you really need one?

Vinnie, her mini mountain lion-sized cat insists everything will turn out fine–but his idea of fine usually revolves around cans of Finicky Fare, and not much else.

If you’re looking for funny novels, chatty animals (in the guise of pets)–and recipes–read this book. Perfectly Pickled packs sit-com humor with stand-up dialogue, a murder mystery and suspense! You’ll cheer for Mina; hiss at the bad guys and sip your very own Lavender Cosmo along the way, courtesy of the author–the recipe’s in the back of the book, along with others, all vetted by Lund’s real-life favorite caterer, her husband, Chef Andrew. 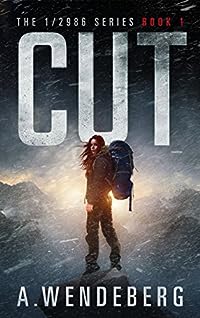 “right up there with Hunger Games”

I’ve reached my expiration date.
Not that it matters. We’re all going to die.

To sixteen-year-old Micka, all words have flavours. Her emotions come with such force that she can’t help but carve them into her skin. The night she decides to kill herself, she meets Runner — a mysterious stranger who makes her question everything she’s learned about the end of the world.

His message is terrifying: It wasn’t some mysterious disease that killed ten billion people. We did this. Humanity sleepwalked into climate disaster and ecocide, just to butcher and rape until blood stained the seas.
Micka is sure Runner is lying. Her instincts urge her to stay far away from him. But he makes her an offer she finds hard to resist. There are only two rules she must follow:

Because the final wars were never meant to end.

Warning: Contains violence and other content which may be triggering to readers. 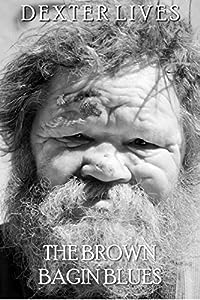 Come take a walk along side an old man who chooses to live the life of a nomad. Davey is a very complicated man. He holds many skeletons in his closet that he will take with him to his grave.

Getting Davey to converse with you about stupid nonsensical meaningless topics is easy as he is one who can never stop rambling. It is actually very difficult to get him to shut his yap. But getting through to the core of the man and knowing his most personal and dark secrets is where he draws the line. Davey does not allow anyone to know what is truly going on in his mind. He constantly uses dark humor to try and mask the pain that must be going on inside of his soul.

What made Davey become a drunken bum?

Everyone who observes him has their own take as to how and why Davey became what he now, is which is a homeless street transient.

Most people feel as if it is all his fault and he deserves to be in the gutter with the rats and worms. He is trash to them and does not even deserve to be breathing the same air. There are few though who still treat Davey as a human being and are kind and respectful towards him as they see him going about through the streets on a daily basis drunk, stinky, and filthy dirty. Without self respect that he clearly shows by the way he holds his head down low toward the ground as he waddles around like a lame duck with no purpose in life through the streets.

A brief look into the back story of how the title “THE BROWN BAGIN BLUES” came about.

It is funny how in life sometimes things just seem to eventually work out. If it was meant to be I believe that It will eventually happen as long as you have patients and let the natural progression of life run its frustratingly grueling course. 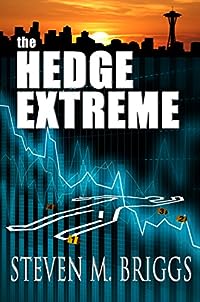 The Hedge Extreme
by Steven Briggs

The good life – expensive cars, an island mansion, a beautiful wife – Cassius Cartwright, former Hedge Fund Manager of the Year had it all. But in a matter of months, the Great Recession brought Cassius to his knees. Broke, with angry clients and the S.E.C. after him, Cassius needed money, fast. And then he encounters two associates from his past, two cocaine traffickers with a million in cash and no way to get it to their Colombian connection. Stealing their money is the perfect crime, if he can pull it off. But nobody just lets a million dollars walk, so with federal agents and Colombian terrorists in pursuit, Cassius plans the ultimate high-risk gamble, truly A Hedge Extreme.