Hubby is rolling his eyes at me. I just announced it was sailing season. Garage Sailing Season. I want nothing to do with boats, just garage sales. I love when people voluntarily open up their garages and let me snoop through their stuff. All Winter I have to try and be as low key as possible as I try to see as much as I can when their garage doors are open, but not look creepy. There is this one neighbor of mine who has nothing in his garage. NOTHING. It’s creepy. Almost as creepy as me snooping. One level creepier than me. I’m not sure exactly why I am still obsessed with people’s garages. By now I have pretty much become familiar with the whole neighborhood. I have seen everything. Although we do have new neighbors on our street. These guys confuse me. They just moved in this past weekend, and they don’t have a bunch of boxes piled high from moving. I hope to golly some perfect Martha Stewart Over Organized lady hasn’t moved in. I just don’t have the energy right now to compete with that. And I will. Can’t help myself. I wonder what kind of Christmas cookies she makes. Better not be the same as mine. I wouldn’t want to have to spread rumors about her cookies. I wouldn’t, but I don’t want to have to think about wanting to. 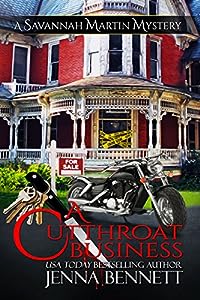 Everyone has warned new-minted realtor Savannah Martin that real estate is a cutthroat business. But Savannah doesn’t think she’s supposed to take the warning literally… until an early morning phone call sends her to an empty house on the ‘bad’ side of town, where she finds herself standing over the butchered body of a competitor, face to face with the boy her mother always warned her about.

Rafe Collier is six feet three inches of testosterone and trouble; tall, dark, and dangerous, with a murky past and no future — not the kind of guy a perfect Southern Belle should want to tangle with. In any way. But wherever Savannah turns, there he is, and making no bones about what he wants from her.

Now Savannah must figure out who killed real estate queen Brenda Puckett, make a success of her new career, and avoid getting killed — or kissed — by Rafe, all before the money in her savings account runs out and she has to go back to selling make-up at the mall. 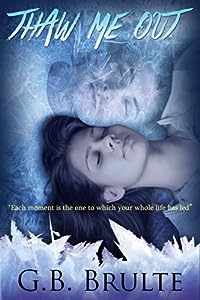 Aaron Adams believes he has seen the future. He is a cryopreservation scientist, and has dreamed of his soul-mate, Miranda May, ever since he was a little boy. He is so convinced that she will exist in his foreseen time that he does the unthinkable… he freezes himself in the facility where he is employed. 33 years, later, Sam LeBlanc knocks on the door of Miranda May and hands her a book. A book written by his best friend, Aaron Adams. In the book, Aaron begs her to be thawed out on a specific date… using the billions and billions of dollars that his estate has accumulated since his ‘death’. Had he really seen the future? The future that saw the two of them, together? Miranda thinks maybe he had, because she remembers him from her childhood… a childhood where she had an ‘imaginary’ friend named Aaron. 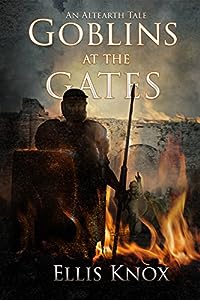 Goblins at the Gates: An Altearth Tale
by Ellis Knox

A quarter million goblins swarm at the edge of the Roman Empire. The best hope of stopping them lies with a Roman aristocrat who hates the army but who finds himself in command of a border legion, and a barbarian princess who has been exiled from her tribe for using magic. Everyone is swept up in the calamity, including a love-sick boy who makes water statues, an outcast named Fist, and a little girl with a war dog. All will be needed; not all will survive. 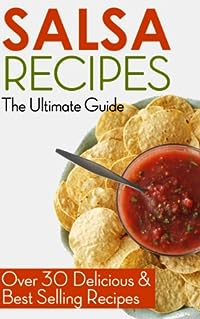 Salsa is great as an accompaniment to tortilla chips, tacos, or chimichangas, but it also makes a great topping for beef or chicken. Mild or fiery, chunky or smooth, make these salsa recipes your own. Give your meals a zesty kick! Included in this book are both regular and spicy recipes for everyones unique palette. We have collected the most delicious and best selling recipes from around the world. Enjoy!