I am so on the fence about having a garage sale. On one hand I really like money, on the other I really feel like I am putting my life on display for everyone to judge. I know they are not really judging me. They are just looking for a great deal, but it still feels weird. Plus when people pick an item up and then put it down, I can’t help but think that I wasted my money on something that person wouldn’t even pay a dollar for. What was I thinking? Why have I wasted so much of my hard earned money on stuff I didn’t need? If I had made better life choices I would be rich right now, not sitting here for five hours trying to sell off my junk for a dollar. Which reminds me… this weekend should be pretty hot and the perfect weather to go garage sailing. FUN FUN! 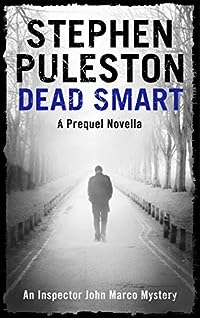 Nobody can hide from the truth…
Eddie Westford is found dead outside the Cardiff City Football ground. His throat has been cut in a cold-blooded attack. Inspector Marco discovers photographs of Westford sitting in various luxury cars and Westford’s connections with the organised hooligan gangs of Cardiff points to a connection with hardened criminals.
Evidence suggesting Westford is a suspect in a drug related inquiry means that Marco faces having to transfer the investigation to another officer. But Marco’s gut instinct believes that Westford’s death may be connected to some powerful people in Cardiff and he resists the attempts from his senior officer to have the murder case allocated to another officer.

Marco embarks on a final last minute attempt to prove his theory with disastrous consequences before he finally identifies Westford’s killer. 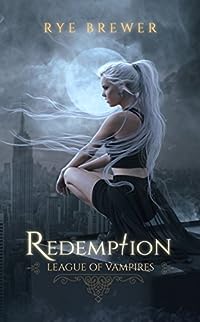 A vampire slayer by necessity.

Vampire clan leader Jonah Bourke is that one. He didn’t plan to be a hero. He didn’t want to save the life of the slayer that was sent to kill him. Maybe he wouldn’t have, if he’d known.

Anissa just compounded his problems. Not that he didn’t have plenty: A rebellious twin who wants to claim leadership of their clan and a litany of supernaturals that want him dead.
So what’s a vampire to do when he saves the life of the vampire girl sent to kill him? 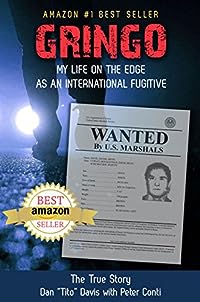 Gringo: My Life on the Edge as an International Fugitive
by Dan “Tito” Davis

The Drug Game From The Inside

Dan “Tito” Davis comes from a town in South Dakota that’s so small everyone knows their neighbor’s cat’s name. But once he got out, he made some noise. While at the University of Nevada-Las Vegas, he started manufacturing White Crosses, aka speed, and soon had the Banditos Motorcycle Club distributing ten million pills a week.

Life On The Run

After serving a nickel, he got into the weed game, but just when he got going, he was set up by a childhood friend. Facing thirty years, Davis slipped into Mexico, not knowing a word of Spanish, which began a thirteen-year odyssey that led him to an underground hideout for a Medellin cartel, through the jungles of the Darien Gap, the middle of Mumbai’s madness, and much more.

Tito didn’t have a mega-mansion filled with pretty girls and expensive cars. He survived in the Third World facing adversity at every turn. Millions of dollars came and went as Tito stayed one step ahead of the Feds and the Federales. 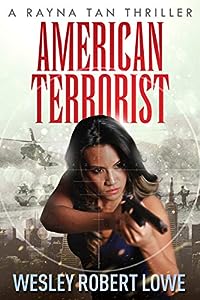 When terrorists launch assaults on the Washington Monument and the New York subway system, all government resources are thrown at the situation, trying to contain the damage and prevent more. But is this the end game, or just the opening act?

??? A Vital Clue Is Ignored

When a video of desecration and beheading in a small Syrian village appears briefly on the deep web, no one pays attention to the ragtag marauders who promise to “light up America.” No one, that is, except Rayna Tan, ex-Canadian Special Forces and newly minted covert operative.

Rayna discovers that the threat is not only real, but imminent. With the 4th of July coming, the sophisticated terrorist group plans an apocalyptic disaster more than ten times the size of 9-11. But where the hell is it going to be? And who are they?

Masterminding their plot is a woman whose intellect, beauty and strength match Rayna’s – but whose moral compass swings a hundred and eighty degrees opposite. 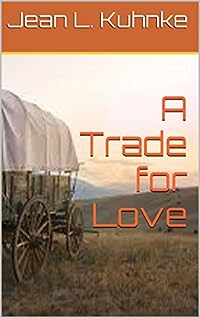 A Trade for Love
by Jean L. Kuhnke

Shannon was pushed from pillar to post for years until Uncle Baxter left her with the owners of a Trading Post where she was dressed as a boy and called Red. Tobias and Adelaide gave her a roof over her head and trained her to run the Trading Post, as well as, prepare her to run a household. When they left her with the Post and everything in it to retire to New Mexico, her adventures began. Red’s reputation as a young boy with his wolf was wide spread. He was honest in all his dealings and generous to the neighbors. Micah Downs was confused by his attraction to the young boy until he was shocked to find out that Red was not a young lad, but a beautiful woman.