A Matter Of Seasons

Linda Crowder is best known for her highly entertaining Jake and Emma Mystery series. Set in her adopted home town of Casper, Wyoming, the series features a pair of accidental detectives who join forces with the local police to track down killers. Her books are a delightful blend of mystery, relationships, humor and tears. Linda fell in love with Alaska on her first trip north in 2014. Her love of the Inside Passage led her to place her Caribou King Mystery series, in the mythical cruise ship town of Coho Bay. Enjoy! 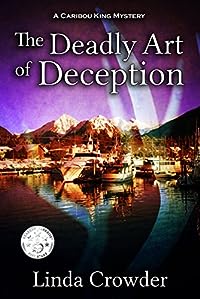 Only two seasons matter in Coho Bay, Alaska – cruise ship and winter. Caribou King, owner of The Broken Antler Gallery, is hip-deep in tourists when her old college pal Taylor shows up asking for refuge, saying she has no place else to go. Cara is cautious; Taylor was the wife of one of Alaska’s most renowned artists–Jonathan Snow, who was mauled to death by a bear the previous year. Why would his widow want to return to the location of her tragic loss? Something about Taylor’s story just doesn’t ring true.
Of course, she may not be the only liar in town. Taylor’s former father-in-law accuses her of killing his son in front of a diner full of people, except he may have had a stronger motive. A handsome boat captain seems to fancy both Cara and Taylor but he can’t make up his mind between them –or between lying and telling the truth. The local constable mistrusts everyone, but may have a reason to be mistrusted himself. Will Cara help her old friend Taylor, or will doing so get her into a heap of trouble? When a headless body is discovered in the bay, Cara wonders just who she can trust in this tiny town. 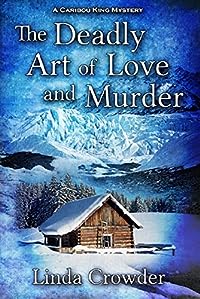 Alaskan fine arts dealer, Caribou King, has closed up shop for the season and is looking forward to a peaceful winter, capped off by the birth of her sister’s first child. When she discovers the body of an Mrs. Nash, an elderly woman, in the old Tilamu house, Cara can’t help poking her nose into the investigation.

Doc Tilamu served the people of Coho Bay all his life, building the house for his bride and their three children, but as soon as they became adults, each one of them left town and never looked back. When Alex Tilamu shows up at Mrs. Nash’s funeral, drunk and ranting about murder, Cara is convinced there is more at stake than a dilapidated house on the edge of the bay.

Unraveling the mystery of the old woman’s death takes Cara and the town’s one-man police force, Dan Simmons, on a perilous journey through decades-old hatreds, bitterness and greed. With the Alaskan winter closing in, Cara finds herself caught between two men who say they love her and one who wants her dead.

This is the second book in the Caribou King Mystery series, combining murder, light suspense, comedy and romance. 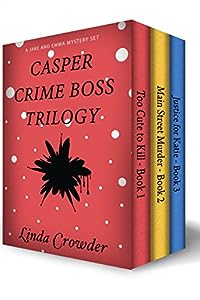 Three complete books in one!

When Jake and Emma Rand find a woman’s body dumped on their property after a November blizzard, these accidental detectives uncover more than they bargained for. Their determination to unmask the mysterious Casper Crime Boss who has been orchestrating a one-man crime wave plunges them hip-deep in danger.

TOO CUTE TO KILL – The first in the Jake and Emma Mystery series finds the couple searching for clues to the identity of the woman and how she met her lonely fate. When the killer threatens Jake, Emma must act quickly or lose him forever.

MAIN STREET MURDER – The May Day Blizzard traps people in their homes but when a killer strikes in spite of the snow, suspicion turns to his neighbors – including Emma’s best friend! She’s determined to clear Kristy’s name but her friend is hiding a terrible secret.

JUSTICE FOR KATIE – Award-winning novel investigates the murder of an Assistant County Attorney. While Detective Matt Joyner tracks the killer, Jake and Emma pursue a thirty-year old cold case with shocking ties to the present. They finally uncover the truth about the Crime Boss, but will it be too late? 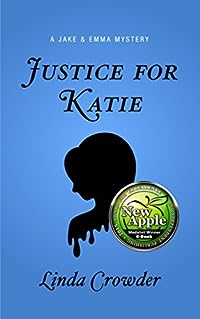 In 1985, budding author Jeb Cannon discovers the decomposed body of a young woman while riding fence with his father on their wind-swept Wyoming ranch. The case quickly goes cold but her memory haunts his imagination.

Thirty years and a number of best-selling thrillers later, Cannon asks Detective Matt Joyner to help him finally find justice for the woman, whom he has dubbed “Katie.”

Joyner has his hands full investigating the modern-day murder of an Assistant County Attorney so Jake and Emma Rand step in to take a fresh look at the decades old case. When they uncover a link between Katie’s death and the murder of the Casper ACA, they may finally unmask the mysterious “Boss” that has been orchestrating a campaign of murder and deception. 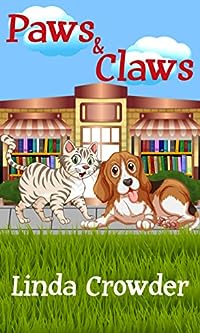 Not just one, but two owners of Middleton’s used bookstore are murdered but what really concerns Monkey is the disappearance of his friend, Mr. Paws. The alley cat leaps into action and, along with his beagle friend Buddy, they set out to sniff out the killer, but what could the over-sized tabby possibly have that a human is willing to kill to get?

This is a very short story, written for adults but appropriate for pre-teens and teens. No graphic language.