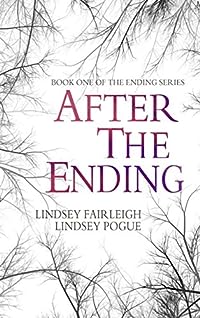 After The Ending (The Ending Series, #1)
by Lindsey Fairleigh, Lindsey Pogue

The Virus spread. Billions died. The Ending began. We may have survived the apocalypse, but the Virus changed us.

When people started getting sick, “they” thought it was just the flu. My roommate, my boyfriend, my family… they’re all gone now. I got sick too. I should have died with them–with the rest of the world–but I didn’t. I thought witnessing the human population almost disappear off the face of the earth was the craziest thing I’d ever experience. I was so wrong. My name is Dani O’Connor, I’m twenty-six-years-old, and I survived The Ending.

The Virus changed everything. The world I knew is gone, and life is backwards. We’ve all had to start over. I’ve been stripped of my home, my dreams… all that is me. I’m someone else now–broken and changed. Other survivors’ memories and emotions haunt me. They invade my mind until I can no longer separate them from my own. I won’t let them consume me. I can’t. My name is Zoe Cartwright, I’m twenty-six-years-old, and I survived The Ending.

We’ve been inseparable for most of our lives, and now our friendship is all we have left. The aftermath of the Virus has stranded us on opposite sides of the United States. Trusting strangers, making sacrifices, killing–we’ll do anything to reach one another. Fear and pain may be unavoidable, but we’re strong… we’re survivors. But to continue surviving in this unfamiliar world plagued by Crazies and strange new abilities, we have to adapt. We have to evolve.

And more than anything, we have to find each other. 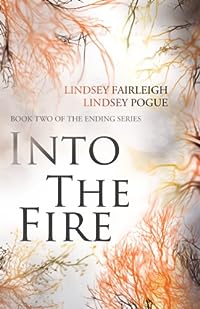 Into The Fire (The Ending Series, #2)
by Lindsey Fairleigh, Lindsey Pogue

The second book in THE ENDING SERIES.

The Virus changed them, but that was only the beginning… death… mutation… insanity… corruption… terror… all that remains is hope.

In the wake of destruction left behind by the Virus, it took Dani and Zoe months to find each other. But their reunion was short-lived. Dani has been taken, and though little distance separates them, they might as well be worlds apart.

From the moment she hears Dani’s scream, Zoe’s only goal is to save her best friend. She and her companions scramble to come up with a rescue plan, but when a ghost from Jake’s past reappears, lines are blurred, decisions become harder, and secrets are revealed… and some secrets are best left buried. To keep heartache and fear from consuming her, Zoe must cling to her determination. She WILL see Dani again.

Dani awakens inside the final hold-out of civilization: the Colony. Remnants of the former world surround her–electricity, safety, social order–but all is not what it seems. As she faces her most manipulative adversary yet, she loses sight of who she is and who she can trust. Friends become enemies, enemies become allies, and allies will betray her. Dani will have to decide what she’s willing to do and whose lives she’s willing to risk if she is to have any chance of breaking free.

Into The Fire is the second installment in the bestselling post-apocalyptic sci-fi series The Ending, that picks up where After The Ending left off. It is fast paced, has a lot of action, Crazies linger around every corner, and secrets come to life that will change Dani and Zoe’s worlds forever… all with a touch of romance. Continue reading Dani and Zoe’s adventures today! 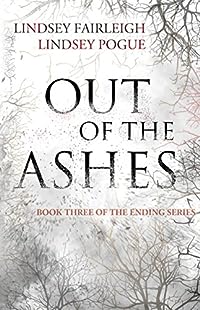 Out Of The Ashes (The Ending Series, #3)
by Lindsey Fairleigh, Lindsey Pogue

The highly anticipated third book in THE ENDING SERIES.

Hope brought them together, but it’s now fear that drives them… and threatens to tear them apart.

Zoe and her companions succeeded in rescuing Dani from the Colony. But not without sacrifice. Beaten and broken, they head west, determined to leave behind the torment and horrors they experienced in Colorado.

As Dani and Zoe make the perilous trek home to Bodega Bay, they learn that danger can take many forms–other survivors, their friends, even themselves–and that things are rarely what they seem. Zoe is desperate to become the woman she sees in others’ memories, while Dani struggles to conceal damaging secrets, risking losing herself–her humanity–completely. Together, they must rediscover the true meaning of friendship, love, and trust, and learn just how hard they’re willing to fight for what remains of their shattered world.

As relationships are put to the test, second chances are given, and new life emerges, death lurks in the most unlikely of places. To survive, Dani and Zoe must accept that sometimes hope alone isn’t enough.

Out Of The Ashes is the third installment in the bestselling post-apocalyptic sci-fi series, The Ending, and features gut-wrenching struggles, more secrets revealed, the test of true friendship, all with a touch of romance. Follow the third saga of Dani and Zoe’s epic adventure today! 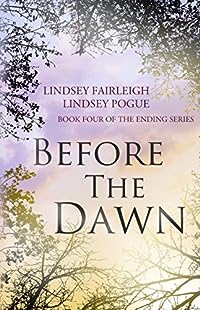 Before The Dawn (The Ending Series, #4)
by Lindsey Fairleigh, Lindsey Pogue

THE FOURTH AND FINAL BOOK IN THE ENDING SERIES.

A year ago, the Virus killed off most people in the world.

A year ago, strange things started happening to those who survived. Some of them transformed into something dark and sinister, while others evolved, becoming something more, something beyond human.

A year ago, Dani and Zoe were lost. They traversed the country to find one another, losing some of the people dearest to them along the way. They fought for their right to simply live, uncovered long-buried secrets, and discovered irreversible truths. And after everything Dani and Zoe have been through — even with the battle wounds that they bear — they’re still not safe.

It’s time for the struggling to end, for survivors to take back their lives, their families, their safety. It’s time to really begin to live, and to do that, they must wait for the first rays of dawn. 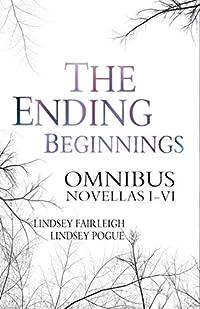 All six The Ending Series prequel novellas in one volume!

The virus changed everything. This is how it began.

I – CARLOS
High school. Dealing drugs. A secret girlfriend. Carlos thought his life was hard enough… but then the virus spread.

II – MANDY
22 years ago, Mandy struggled to find her purpose in life. Purpose, however unexpected, found her. Now, the arrival of a deathly ill young man stirs painful memories of the past. Who is he, and why does he look so familiar?

IV – JAKE
When Jake’s world is ripped away, he’s left with nothing but the sting of betrayal before he’s lost to a devastating illness. Waking up days later, he finds that everything has changed–even he has changed–and the world is in complete chaos. Though he’s surrounded by danger, his guilt and need for vengeance are his greatest enemies.

V – CLARA
Clara’s childhood was less than ideal, but thanks to her beloved fairy tales, she managed to survive. She also managed to hold onto the hope that, with a little hard work and determination, she would one day find her Prince Charming… her happily ever after. And for a little while, she thinks she has. But just as everything seems to be falling into place, a ghost from the past returns to haunt her.

VI – JAKE & CLARA
After his sister’s death, Jake is determined to seek revenge against his best-friend-turned-enemy. However, after meeting Clara, who’s as convincing as she is unnerving, his plans change completely.

Clara has all but given up on finding her Prince Charming, but the moment Jake walks into the hospital, her future becomes much brighter, despite the world-ravaging virus that’s turned everything upside down.

But traveling across the country together proves more difficult than either of them expects, and just when they both think the world couldn’t get any worse, it does.