Adventure? Check. Magic? Check. Sarcasm? You bet. The Book of Never Series by Ashley Capes is a rip-roaring adventure filled with intrigue and surprises that fans of the fantasy genre are sure to love. Enjoy! 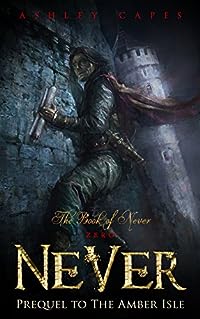 Never: (Prequel to The Amber Isle) (Book of Never: 0)
by Ashley Capes

Roguish Never is sure he has hunted down every relic and every clue possible on his quest to finally lift the curse on his blood and hopefully learn his true name. However, convincing the wealthy Lord Firmita to part with a map to the sunken city proves to be far more dangerous than he first imagined.

Prequel story to The Amber Isle – see how Never meets his enemy Harstas! 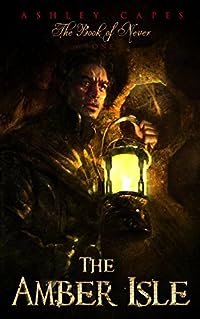 The Amber Isle: (An Epic Fantasy Novella) (Book of Never)
by Ashley Capes

After years of running down dead-end clues, the rogue Never has nearly given up his quest for answers; his blood is cursed and his true name a mystery, yet no library, no healer and none who claim to know dark magics have ever been able to help.

Until he steals a map to the mysterious Amber Isle, which might just hold the answers he needs.

But Never isn’t the only one who wants the map – an old enemy, Commander Harstas, also seeks it and Harstas craves revenge for the deaths of his men.

Forced to flee through a war zone, Never soon stumbles across a group of treasure-hunters hoping to discover the wonders of the Amber Isle for themselves. But the deeper they venture into the Isle, the more deadly it grows.

Trapped between the greed of the treasure hunters, cunning traps in the Isle itself, the threat of Harstas’ fury and his own desperation to finally uncover answers, Never must find a way to unlock the Isle’s ancient secrets and escape – or perish without ever learning the truth. 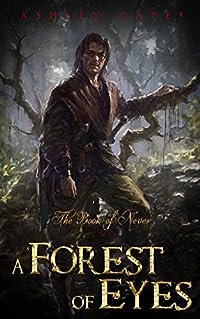 A Forest of Eyes: (An Epic Fantasy Novella) (Book of Never)
by Ashley Capes

Never’s quest for a name continues…
Poisoned and furious, Never must add a desperate quest for a cure to his existing search for truth. His path takes him deep into the White Wood where he faces vengeful spirits, giant leeches and Commander Harstas himself, whose lust for revenge is an ever-present threat. 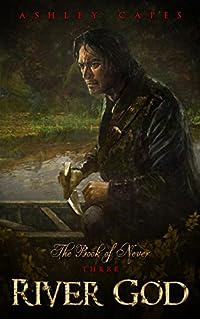 Never’s quest for a name is becoming more deadly…
Armed with disturbing news about Snow, his unpredictable brother, Never picks up a cold trail on the rivers of Hanik. There he must face both new dangers and demons from his past, all the while doing his best to avoid becoming entangled in a brewing civil war. 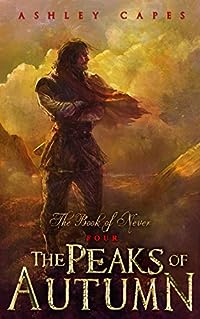 The Peaks of Autumn: (An Epic Fantasy Novel) (Book of Never)
by Ashley Capes

At Snow’s urging, Never climbs into the Folhan Mountains to search for the Altar of Stars, which he must reach by the new moon. Yet he cannot shake off his doubts; will the answers he seeks even reside with the altar? Or is Snow manipulating him once more?

Never soon finds that the mountains harbour their own threats, from avalanches and enemy troops to ancient creatures deep within abandoned mines and worse – pursuit from a vengeance-obsessed King.