It is with just a touch of sadness that I announce that no additional seeds have sprouted. I planted them two weeks ago! There should be more than just the one. I am even beginning to think that the one that sprouted is a weed. I looked at it really really hard, and I am unable to determine anything at this time, but I have my suspicions. There are only two tiny little leaves on it, so it really could be anything. This is why I only like to plant seeds when it is cold out and I won’t visit the garden every day. I saw a plant at the hardware store that would look great in the spot currently occupied by the one tint sprout. I could have instant gratification, but if I wait I could end up with a truly awesome looking Black Angel Trumpet. It’s a very dark purple plant, so it is not as evil as it sounds. Just in case maybe I should water it with some holy water. 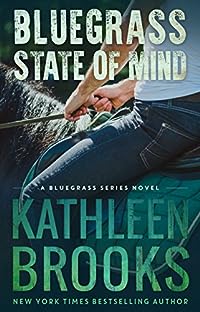 She thought she would be safe far away in Kentucky…

McKenna Mason’s perfect life in New York City has just been destroyed. She is now a witness to a horrific crime involving some of America’s most influential men. She knows she must get away and can think of only one outsider that might help her — Will Ashton. The flame of their brief romance during their teenage years never completely died out, and now it is about to explode.

Trouble at every turn, a feisty horse that refuses to race without a good luck kiss, and three old ladies hell-bent on playing match-maker turn this newly rekindled romance into a wild race to the finish. Can Will and McKenna cross the finish line together, and more importantly, alive? 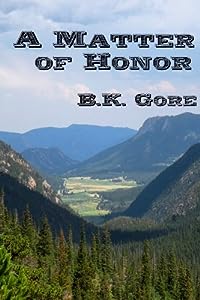 When Jebediah Taylor, running from the ghosts of Appomattox, finds his valley, in the western mountains, he thinks he’s found the place to heal his soul; but the greed, and lust for power, that fed that war, finds him, even there in those remote mountains, where he must fight to the death, for life and love.

It’s hard enough to carve a ranch out of the wilderness when you’re alone. The task is ever harder, when you must do your building, carrying the ghosts of a long dead war. The burden gets unbearably heavy when you find yourself the last target of the
most powerful megalomaniac in the territory. When you’ve been beaten, burned out, had your herd rustled, shot, and pursued across the high country, you end up in a pretty poor mood, and go hunting for revenge. The only thing that can save your soul, and keep you from sinking into the abyss, are the friends who find you along the way, and the unexpected, lusty, passion of the woman who heals your heart. 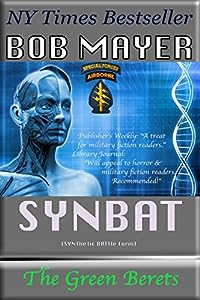 The Top Secret research is conducted at a lab in the deep woods of western Tennessee, under the Pentagon’s Black Budget. But the subjects of the experiment escape. The Synbats are now roaming the countryside, acting out what they were designed to do: kill.

Riley and his team are called in for ‘damage control.’ Easier said than done. They follow the deadly trail to Chicago, where long abandoned tunnels are a lair for the Synbats to do what could spell the end of mankind: procreate at incredible speed. It’s a race against time as Riley must destroy mankind’s greatest threat– our own genes spliced with that of another species and designed to only two things: procreate and kill. 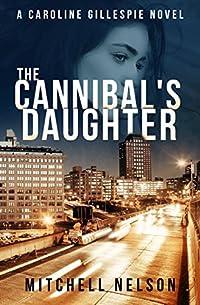 Caroline Gillespie is nineteen years old and going nowhere. She has a dead end job, no friends, no family but her distant mother, and no reason to expect things to improve.

And then her father — the supposedly dead serial killer known as Keeling the Cannibal — shows up at her front door. Years ago, Keeling stole, cheated, and killed his way into a vast fortune. Now, the money is lost, and he believes that the key to its recovery is hidden in Caroline’s head.

Caroline leaves her mundane life behind to join her violent, unstable father in a search for her long-lost inheritance. But nothing is simple when money’s involved. Caroline’s journey into her father’s past will put her against killers and madmen — and even if she survives, her life will never be the same. 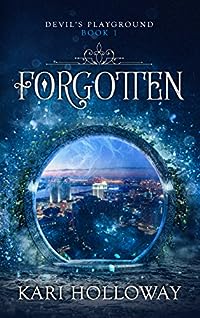 The supernatural walk among us, and nowhere is that truer than in New Orleans.

The happiest days have turned to disasters. Wedding parties have been attacked, and brides and grooms have even been killed. When the local police can’t solve it, help comes from the only place equipped to handle rogue supes–The Supernatural Council’s special forces, the Guardians.

Alex and her theriomorphic crew must get to the bottom of what is actively hunting in New Orleans before someone else dies and the balance of acceptance turns to violence. Political red tape and impossible magic tie the team’s hands, but where there are desires, there is hope.

Can the mystery be solved in time or will the hands of fate repeat itself?

The first in the Devil’s Playground series, Kari Holloway weaves a tale involving kitsune, werewolves, fae and more, leaving you spellbound for more. Taking the unusual route, journey beyond just vampire and werewolf as we meet seers, nymphs, and the things that go bump in the night.