I’m afraid to go to Costco. It’s that same kind of fear when you are watching someone crank the little handle on the side of a Jack In the Box. The evil music plays and you know that little devil clown is going to pop out any second. Yup..that same kind of fear. Last week I went to Costco and all was good. This week could be different though and I am not sure I can face it. I am certain that I will go and see holiday decorations popping up. I just don’t think I can deal with that right now. I just this week cleaned the garage. I am still in Spring cleaning mode with my last Winter body. I am no where near ready for Summer let alone Winter. I could just not go to Costco, but I might miss out on an awesome decoration. Deep breaths… 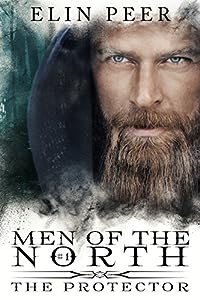 The Protector (Men of the North Book 1)
by Elin Peer, Book Cover by Design

400 years in the future, men are few and women rule the world.
Except for the area formerly known as Canada and Alaska, which is inhabited by the Men of the Northlands, a group of strong men, who refuse to be ruled by women.

Christina Sanders, an archeologist and professor in history, is fascinated with the past. As a modern woman of year 2437 she knows that women are better off without men, but longing for an adventure, she makes a spontaneous decision and volunteers for a job no one else wants. Now she’s going to lead an archeological excavation in the Northlands, the most secluded place on earth where the mythical males live who are rumored to be as brutal and dangerous as the men Christina has read about in her history books.

What will happen when Christina crosses into the men’s territory? Will they allow her to do her job and is there any way they’ll let her leave again – unharmed?

The Protector is the first book in Elin Peer’s new romantic drama series Men of the North.

Don’t pick up this book unless you’re prepared to be sucked in and forget about time and place. In her last two series, Elin has proven that she is a master of bringing her characters to life with strong dialogue and plot twists that will have you turning pages all night.

Get The Protector and get transported to the future in this exciting new series today! 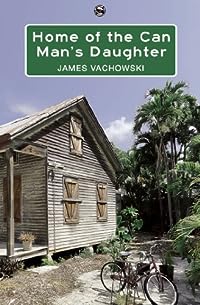 Home of the Can Man’s Daughter
by James Vachowski

Every boy sees his grandfather as something of a legend, and Richard Petty Schultz is no exception. His Poppy fought the Nazis during the War and notched 17 confirmed kills before a sniper’s bullet left him blind in one eye. In peacetime, the man survived heartbreak, cancer, bankruptcy, and a stroke. Most importantly, Poppy Schaeffer built the Eiffel Tower, which made Christmas everything that it is today.

But even the greatest of men have to die sometime.

Over the course of one hot summer weekend, Richard narrates from his eighth-grade perspective as he and the rest of the tourist-trap community of Christmas, Florida, struggle to accept Poppy’s impending death. A legend of a man who drew in traffic from across the Southeast by building scale replicas of French monuments using nothing but empty beer cans and quick dry cement, Poppy Schaeffer’s passing marks the end of an era for a town that has itself been dying for years, thanks to an untimely Interstate bypass. 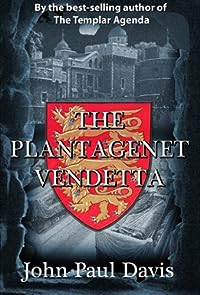 England 1485: They were called the Sons of York. They were secretly created during the final hours of the reign of Richard III. Their sole purpose to hunt down and eliminate the descendents of his murderer.

By any means necessary.

Over five hundred years later the long reign of King James III of England comes to an unexpected end. Less than a week later, the bodies of two Cabinet ministers are discovered in a burning car. Though the deaths of all three are initially assumed to be unconnected, a chance arrest in London yields a bizarre confession. And a sinister warning…
Thomas Winchester has been waging war on the enemies of his family ever since graduating from Sandhurst. Youngest nephew of the king, he is celebrated as one of MI5’s finest agents – the only man capable of taking on the Royal Family’s biggest crisis in recent memory.

Meanwhile, a quiet village in the North York Moors mourns a tragic loss. A young girl has vanished, allegedly the victim of a deranged boy who later committed suicide. A year on, television researcher Jennifer Farrelly is sent to follow up the story. The body was never found, and the girl’s parents have not given up hope of finding her alive.

A locked door in the medieval vaults of a remote Yorkshire church hides something strange: something with the potential to expose a previously untold chapter of England’s darkest history. As Farrelly’s search for the truth causes her to unwittingly cross paths with that of the royals, she and Winchester have no choice but to form a unique alliance to uncover a secret many have died to protect – a secret that still threatens the very foundation of the monarchy… 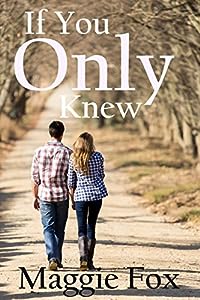 Do you ever really know somebody?

Cafe owner Faith’s love life has been non-existent for years. Nobody has swept her off her feet the way her first love did. Things didn’t end well on that front though and since then she’s been careful who she gets involved with.

Then Zane Ferguson arrives in town as the new owner of the local outdoor extreme sports business.

Faith doesn’t want to get involved with another adrenaline junkie no matter how gorgeous he is — been there, done that, got the broken heart to prove it.

Reluctantly won over by Zane’s charms, Faith decides to risk a date with him. Before she knows it, her heart is ruling her head, and she’s falling for him.

But Zane is keeping secrets as Faith soon starts to realize… 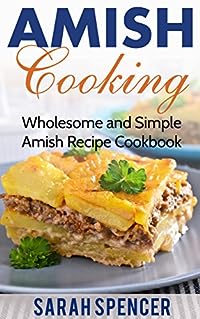 Discover the Amish ways of cooking wholesome meals the whole family will love. Prepare authentic recipes passed down from one generation to the next with Amish Cooking.
Download FREE with Kindle Unlimited!

There is nothing quite as tempting as biting into a warm dish that you know has been made from fresh, natural ingredients, and that is the beauty of the Amish way of cooking. Amish culture emphasizes the simple life, and so the Amish prefer to prepare their food in the simplest, most natural way possible. Their traditional recipes have been handed down from mother to daughter for many generations.

In the midst of a hectic modern lifestyle, it feels warm and soothing to return to simple, classic recipes to put food on the table for our families. Simplicity also means that you do not have to spend hours in the kitchen or use any special gadgets. You can easily create something delicious that can satisfy your stomach and mesmerize your family members.

Any time is the perfect time for Amish cuisine. From stews, sides, and hearty soups to chicken, beef, pork, and seafood dishes, Amish recipes can be prepared for any occasion and any time of the year.

Are you ready to discover the finest Amish recipes? Go ahead and enjoy!