Set against a 1969 psychedelic love-in backdrop, The Girl From Long Guyland is shared through the eyes of Laila Levin when decades later, an unsolved murder pulls her reluctantly into her past. A dramatic collision of then and now — entwining family, marriage, profession and ethics. Author Lara Reznik will have you hooked from the moment you pick up the book. Once you start reading about this life of a flower-child you won’t be able to stop. Enjoy! 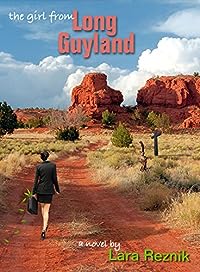 The Girl From Long Guyland
by Lara Reznik

Laila enjoys a successful marriage and a thriving career as an I.T. executive in Austin, Texas, but she can’t quite shake her lifelong sense of not truly belonging anywhere.

When her company announces a major layoff, Laila finds herself caught between an unscrupulous CEO and her promiscuous boss. Then news of her college roommate’s suicide stirs up a dark secret involving three devious friends from her past. One has betrayed a vow, another wants to rekindle their romance, and the third is out for revenge.

Suddenly for Laila, it’s 1969 again. She’s only seventeen, and she’s left her sheltered home in Long Island for college in Connecticut. Amid protests of the Vietnam War, she’s tempted by the sex, drugs, and rock ‘n’ roll that rule her generation. Laila gets swept up in a deceptive love triangle with two older locals and initiated into their unethical hippie family. Too late she realizes her search to belong has led to tragedy.

Laila must now juggle the demands of her perplexed husband and her baby boomer past forcing her to make choices that endanger her survival and challenge her conscience. She learns that the lines between right and wrong are often blurred, and sometimes you have to risk everything to be true to yourself. 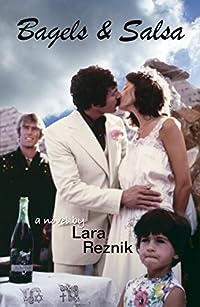 Summer 1977. As the Son of Sam and a scorching heat wave plague New York City, Laila Levin, a Jewish sociologist from Long Island, meets Dr. Eduardo Quintana while giving a speech on the epidemic problem of teenage pregnancies. Laila is relationship-shy after a disastrous marriage, and Eduardo has never completely recovered from his high school sweetheart’s desertion. He is finishing up a residency in New York City and plans to open a family practice near his hometown in New Mexico.

The unlikely pair share strong family values and an interest in helping prevent teen pregnancy. Their mutual passion is so intense it stuns them both. After a brief courtship, Eduardo persuades Laila to accompany him to his family ranch near Española, New Mexico, a rural area with one of the highest teenage pregnancy rates in North America.

In the midst of the pandemonium that results, a shocking family secret is revealed, and Laila and Eduardo’s love for each other is severely tested. Can their relationship survive the fierce clash of cultures, the murderous intentions of a Son of Sam copycat who has stalked Laila from New York City, and their own uncertainties about the upheavals that their union will cause in their lives?