I can’t believe how excited I am about one little sprout that popped up in my garden. Actually, its not in my garden where my critters can get to it since it is poisonous. It’s in my front yard, behind a little wire fence. I planted the seeds a few weeks ago and hadn’t seen anything peek it’s little leafy face up yet, until yesterday. I thought for sure the two dollars I spent on the seeds were a complete waste of money. I checked on the sprout this morning and it was still there. When the sun comes out I will check again to see if any of it’s little buddies popped up. I am pretty sure this is normal behavior for a gardener. 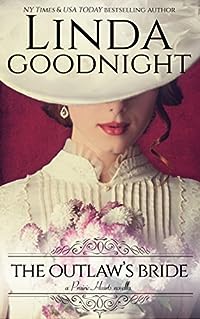 Firelight flickering in his eyes, he battled the temptation to share his burdens, but caution won out. “I do. I care too much.”
Those words hung between them, full of meaning.

A man on the run.

Seth Blackstone has been running from the law for two years and has no plans to stop now. It’s happenstance that he stumbles onto a Kansas ranch — just in time to witness the local law threatening a young woman. He knows he shouldn’t interfere, but he can’t seem to stop himself…

After her parents’ deaths, nobody believes Raven Patterson can manage the family ranch on her own. Some days she doesn’t believe it, either. But there’s no way she’s letting her brother and sister be farmed out to another family. They need each other. So when Seth claims he’s her new hired man, she quickly agrees.

But the sheriff is suspicious of their ruse and Seth finds himself stuck on the Patterson ranch. He doesn’t mind the work, but he does mind Raven’s constant presence, her soft touch. She makes him remember things better forgotten. Like the life he used to want… 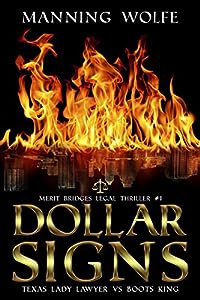 Austin attorney Merit Bridges represents a desperate client who takes a shortcut to justice and is charged with arson and murder. When Merit tries to set things right, she finds herself the target of a ruthless hired gun, Boots King, whose charge is simple: “Stop her.”

With the help of her team – including Betty, a mothering office manager with a bad-ass attitude – Merit struggles to stay alive, navigate a labyrinth of legal issues, and prove once again that you don’t mess with a Texas lady lawyer.

A courtroom standoff, a wild chase across Texas, and dangerous Boots King always one step ahead…

A legal thriller sure to satisfy the most demanding readers of legal fiction and lawyer novels. For the fans of John Grisham and Michael Connelly, Dollar Signs is winning awards across the nation as Manning Wolfe is discovered by thriller readers everywhere! 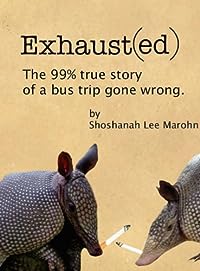 Eighteen-year-old Shoshanah travels across the country by Greyhound bus, with only her Grace Kelly coat and her Elements of Style book to protect her. Original art work adds to this eccentric tale of travel on the cheap in 1993. Both terrifying and hilarious, this ill-conceived road trip is doomed from the start. It’s funny because it’s 99% true. 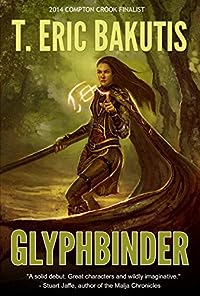 Kara was thirteen when she learned her mother was dying. Five years later, the last component of her mother’s cure waits in the city of Tarna, but that is one journey she may not survive.

Even as a Glyphbinder, a wielder of blood glyphs created by a people long dead, Kara is no match for the madman that hunts her or the dark forces at his beck and call. As those Kara loves fall one by one, her hunter’s purpose is finally revealed.

Demons thought long defeated stir now in the shadows of her world, seeking a dark power hidden in Kara’s blood. Tireless and without pity, these demons will not be satisfied until they claim Kara’s world… and her soul. 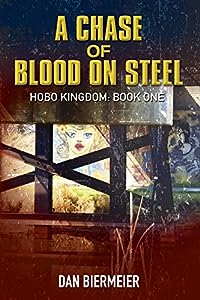 A Chase of Blood on Steel: Hobo Kingdom: Book One (The Hobo Kingdom 1)
by Dan Biermeier, Natalie Schriefer

Glen and Denny are torn from their homes to join Marv’s Marauders, who inflict justice on murderers, rapists and thieves in the deadly world of the Hobo Kingdom. Jump aboard the train and race upon steel across this land of predators and prey and those that even the scales upon the rails. But watch out! There could be blood everywhere.