Author Jennifer Wells’ writing genius comes from her vast knowledge of the highly technical subject matter and her ability to put the reader in the middle of it without losing him/her in technical jargon while creating characters that seem completely natural and believable. Wells adds a fresh voice to the sci-fi genre and distinguishes herself as an author to watch. Enjoy! 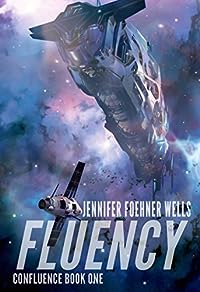 NASA discovered the alien ship lurking in the asteroid belt in the 1960s. They kept the Target under intense surveillance for decades, letting the public believe they were exploring the solar system, while they worked feverishly to refine the technology needed to reach it.

The ship itself remained silent, drifting.

Dr. Jane Holloway is content documenting nearly-extinct languages and had never contemplated becoming an astronaut. But when NASA recruits her to join a team of military scientists for an expedition to the Target, it’s an adventure she can’t refuse.

The ship isn’t vacant, as they presumed.

A disembodied voice rumbles inside Jane’s head, “You are home.”

Jane fights the growing doubts of her colleagues as she attempts to decipher what the alien wants from her. As the derelict ship devolves into chaos and the crew gets cut off from their escape route, Jane must decide if she can trust the alien’s help to survive. 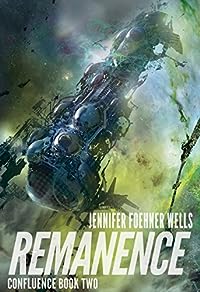 In defiance of NASA, Jane Holloway, the linguist of the Providence expedition, commandeers the alien ship that her crew explored. She sets off to return that ship’s marooned navigator to his home world, determined to discover who was behind the genocide that destroyed his original crew.

But when she gets there, she finds his world devastated by the same plague. The remaining members of his race, uniquely gifted at navigating the stars, are stranded across the galaxy. And someone, it seems, doesn’t want those lost navigators to be found.

As Jane unravels the mystery of the plague and works to ensure the survival of Ei’Brai’s race, she discovers that the life of every sentient being in the galaxy may be in jeopardy… and the clock is ticking. 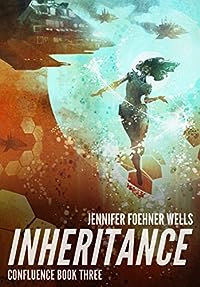 This novel was previously titled The Druid Gene.

Abducted. Forced to fight. Darcy has a 10,000 year old secret buried in her genetic code. It makes her a target, but it may also save her.

As a second year medical student, Darcy’s life revolves around classes, studying, and her boyfriend Adam — until she treks through the desert, touches some mysterious stacked stones, and a network of glowing blue lines radiates under her skin.

Then she saw the spaceship. And it was coming for her.

She faces impossibly bad choices and a missing boyfriend.

Darcy struggles to accept her heritage and master her newfound powers as she navigates deception, betrayal, and mortal danger in order to prevail in the galaxy’s most dangerous game — and survive to save Adam. 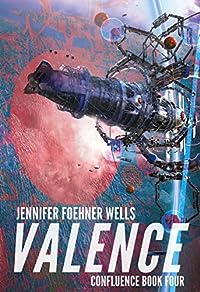 Two very different women race to prepare for the battle to come. The future of Earth is in their hands.

One struggles to resurrect her ruined ship so she can navigate the politics at the galactic core in a desperate bid to recruit allies.

The other strives to master alien technology to supply the forces of Earth with the tools needed to defend themselves against the ravenous Swarm.

Between them, Jane and Zara offer humanity its best chance at survival, but the odds are stacked against them and their best may not be good enough.