You Gonna Eat That?

I am going to try something crazy this summer. I am going to eat the food that I have in my cupboard. I don’t get how one can have a full cupboard and look at it and say they have nothing to eat. Is the food that is there not edible? It is, right? So how can I look at it and say I can’t eat it? I just looked inside and I found a can of corn. I can eat corn, so I am going to eat that can of corn today. I also found a can of soup that I am going to feed my baby bassets. I don’t care how much they fight me on it. I bought it, so I must have thought highly enough about it before. I know people change and grow over time, but they can also go back to their old ways and eat the canned corn. I also found a old piece of chocolate that has gone white with age that I must have hidden a while back. I actually thought about eating it, but decided against it. Maybe. 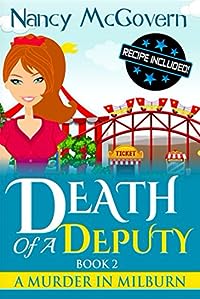 Death Of A Deputy: A Culinary Cozy Mystery With A Delicious Recipe (A Murder In Milburn Book 2)
by Nancy McGovern

Nora Newberry’s dream life is not going according plan.

Her best friend and business partner, Raquel, has just been murdered. The one man she had thought she loved can now be seen moseying through town with a supermodel dangling off his arm. And the diner she and Raquel had planned on opening together may never feed its first customer.

At least she still has her friend, the town Sheriff, Sean…

So, when the Sheriff’s deputy is killed at the town’s annual Viking festival and everyone suspects Sean of murder, Nora realizes she must step in and prove him innocent. After all, she can’t handle losing him, too!

Find out if Nora has what it takes to clear Sean of murder in Death Of A Deputy, the second adventure in Nancy McGovern’s popular culinary cozy mystery series, “A Murder In Milburn”! 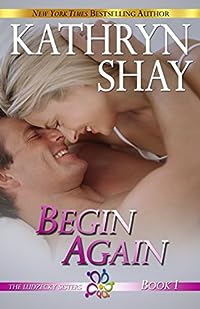 Welcome to The Ludzecky Sisters, a contemporary romance series from NEW YORK TIMES bestselling author Kathryn Shay. Follow these six beautiful blond sisters as they try to make their way in the world after a tragedy strikes the family. Each book has a cameo appearance by one of the sexy heroes from Shay’s beloved O’Neil series.

BEGIN AGAIN tells the story of Paulina Ludzecky who, since her husband died three years ago, runs a contracting business with her twin, Antonia. She’s ready to dip her toes in romance, when she meets Adam Armstrong, the architect on the new music hall her company is building.

For Adam, opposites attract and he’s drawn to this no-nonsense, down-to-earth girl next door. She’s equally interested in him though he’s too different from her to settle down with. But alpha male Adam has other plans for Paulina and isn’t about to let her go, even when Paulina has trouble with committing to him. Sex, yes! Love, no! This second chance at love story will tug on your heartstrings. 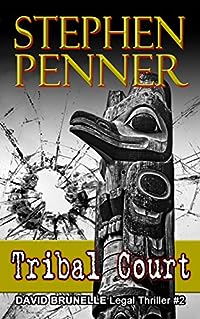 A man is murdered in Seattle’s Pioneer Square. The killer is caught just blocks away, blood still on his hands. When it’s discovered that both killer and victim belong to the same Native American tribe, the tribe asserts jurisdiction and homicide D.A. Dave Brunelle has to prosecute the case in their Tribal Court. It’s bad enough when the defense attorney claims the killing was justified under the ancient custom of “blood revenge.” It gets worse when blood revenge turns into a blood feud. The bodies start piling up and it looks like Brunelle may be next. Can he stay alive long enough to win the case? 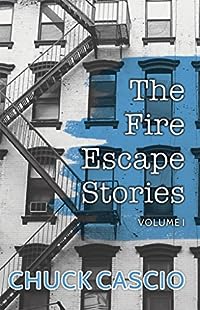 The Fire Escape Stories, Volume I, is comprised of nine episodes that make up Mike Burns’s strongest childhood memories of living in Brooklyn, New York, in the 1950s.

Mike and his cousin, Salvatore “Sally-Boy” Boccanera are born one minute apart, in the same hospital, and it seems like they’ll never be more than a minute apart the rest of their lives.

Their experiences knocking around the city are challenging, funny, touching, and at times disturbing — all of the ingredients that define growing up.

Life lessons happen in the Italian bakery Sally-Boy’s father owns, where the boys loll and play, with ears and eyes wide open. But maybe the biggest lesson of all looms over Mike’s father, who’s determined to make drastic changes in pursuit of a better life.

Hanging in the balance, at the center of the boys’ tumultuous lives, is the fire escape. It’s a place that is uniquely theirs, and Mike best describes its spell, recalling how it reeks in the rain, blisters in the sun, and ices over in the snow. It’s where he and Sally-Boy talk and think and philosophize and plot and try to understand all they can about themselves and the world. 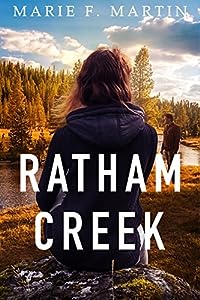 Ratham Creek, a woman-in-jeopardy thriller
Arianne Hollis figures tossing a rose in her husband’s grave is the worst of all endings. Then reality sets in when she is forced to sell their home and use all her savings to clear his debts. To escape and come to terms with her future, she moves into an isolated cabin along Ratham Creek. In the quiet Montana setting and with a new job in the nearby small town, Arianne begins to recover. She meets Ross Ferrell, a handsome lonely member of the clannish mountain people. He slowly wins her love, but a deadly family feud erupts among rival groups living along the creek. Arianne can’t understand the violence that runs deep in Ross and his family. He cannot abandon them. Then Arianne becomes a target. Can she avoid the same vengeance that’s corrupting the clan? Can she save him and their relationship?