I was sure by the time I reached the age that I am I would be an adult. Like it’s something that would magically happen. So far I am still waiting for that day. Maybe I am a late bloomer. 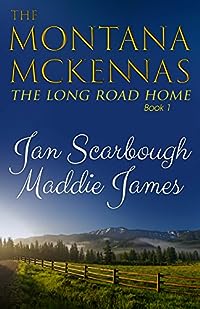 Welcome to McKenna Ranch!
Meet Brody, Callie, Mercer and Parker — the four siblings in the clan of James McKenna, a Montana rancher. Growing up on the ranch was a great life, until Callie and Parker’s mother passed away, leaving James a widower. It wasn’t long, however, before he remarried, bringing stepmother Liz into their lives, along with her son, Brody. Soon, James and Liz added a new McKenna to the family, when daughter Mercer was born.

Brothers and sisters are prone to disagreements and this Brady Bunch family of step, half, and full siblings is no exception. As they grew up on the ranch, they learned values that stuck with them throughout their lives — even though they may live apart as adults. But there is one thing that will bring them all back together. Their father’s only wish.

Beginning with a short prequel novella that tells the story of James McKenna and Liz Caldera, and how they came to blend their families, these stories put you on the McKenna Ranch near Yellowstone National Park. This series leads off with Jan Scarbrough’s Brody, with Maddie James’ Callie to follow, while the siblings begin the long road home. These sweet to sexy stories give you a glimpse into Montana rodeo and ranch life, and of course, provide lots of contemporary cowboy love and romance. 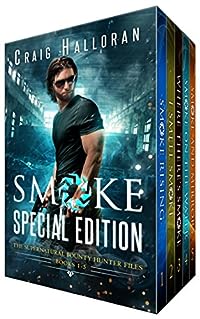 Fans of the shows like the X-Files, Castle and Supernatural loves this series, perhaps you will as well…

Craig Halloran, master of the fantastic and bestselling author of the Darkslayer and the Chronicles of the Dragon series, is back with Smoke Rising, the first book in an exciting new urban fantasy series set in Washington, DC. Fans of The X Files and Supernatural, and the ever-growing army of devoted Halloran readers will be thrilled to meet the wildly unpredictable monster-hunter John Smoke and his tough and beautiful FBI handler, Sidney Shaw, as they pursue a shadow conspiracy through the dark, secret underbelly of the nation’s capital. 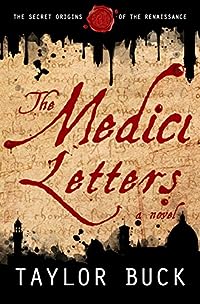 The Medici Letters: The Secret Origins of the Renaissance
by Taylor Buck

A shocking ancient secret.
The origins of western civilization discovered.
The Renaissance — our most fundamental age of technological and artistic advance, was built upon a secret passed down to a banking family in Florence — the Medici.
500 years ago that secret was buried.
Florence, Italy, present day. A trove of letters belonging to the Medici family is discovered underground. Archaeologist Kat Cullen comes across a map that leads her to the Swiss Alps where her partner is murdered and she is left for dead. Kat’s husband, professor and classicist — Jack Cullen, rushes to investigate. He joins with Chester Allen, a scientist from surveillance enterprise TerraTEK Industries, and together they begin to unravel the mystery of the Medici letters in hopes of determining what happened in the Alps. As they dig deeper, Jack stumbles across a secret — the infamous Medici treasure is real. However, word gets out and Jack soon realizes he’s not the only one interested in finding it… a deadly and elusive assassin attempts to seize control, throwing Jack into a series of harrowing escapades — riding horseback through the streets of Siena, discovering clues inside ancient cathedrals, deciphering 500 year-old cryptosystems and navigating an underground labyrinth in order to solve a secret so powerful it could change the world forever.

This fast-paced adventure blends together a modern-day treasure hunt with historic accounts of Lorenzo de’Medici in Renaissance Florence in an international thriller with plenty of dark twists and exciting turns. 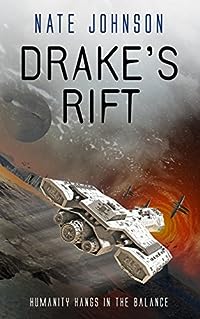 **Humanity’s Existence Hangs In the Balance**

Admiral McKenzie is very aware that the continuation of the human race rests on his shoulders. Through grit, determination, skill, and deception he will use whatever or whoever he must to win. His fleet of starships and their crews are the best ever. But will they be enough to defeat this new threat?

Sergeant Dex Carter finds himself and a few fellow Marines behind enemy lines. He is tasked with holding the small village of Drake’s Rift, the key crossroads that might very well determine the outcome of the war.

Alicia Miller wanted adventure, but having aliens invade her home was not on her list. She and the people of Drake’s Rift neve expected to become the center of an inter-galactic war. While providence may have thrust her into this role. Toughness and determination will see her through it. 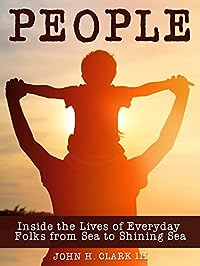 People: Inside the Lives of Everyday Folks from Sea to Shining Sea
by John H. Clark III

Revealing the Power of the Human Spirit

The man who survived the Luby’s Cafeteria massacre of 1991 in Killeen, Texas…

When disaster strikes, it often brings out a strength you never knew you had. The stories of these people are no exception. But there are ordinary triumphs, too. Adopting dogs that might otherwise get put to sleep. Retiring on the beach, even if you don’t have a lot of money. Finding love in your family and friends.
These things — from the seemingly small to the overwhelming — make up life as we know it.

In the age of the internet, we like to believe that we’re all more connected than ever before… but is that really true? Chances are, you don’t really know your neighbors, let alone the events that have shaped their lives. Everyone has an interesting story to tell — it’s just a matter of asking the right questions.

What is the Meaning of Life?

Former newspaper reporter John H. Clark has a gift for getting people to open up about their lives, and with these stories, he’s woven a compelling tapestry of American life in People: Inside the Lives of Everyday Folks from Sea to Shining Sea. Stories of strife are strung alongside tales of triumph, leading the reader on a reflective journey to the heart of what it means to be a human in today’s world. Though many of the subjects can be traced back to Texas, all are highly relatable and lead one to grapple with the biggest question of all — what is the meaning of this human life?