We have all been seeing a lot of awful challenges out there, Tide Pod, cinnamon, or whatever unsafe and pretty ridiculous challenges people can think of to torture themselves with. None have ever looked in the least bit appealing to me. Until now. The Lamppost Challenge. All you have to do is wrap your legs around a lamppost and then sit. The challenge is trying to stand back up. It would seem that this is much more difficult than it would appear, of course… it’s a challenge! How else would you get people to sit on a lap post? Those things are dirty. Maybe after a good rain it wouldn’t be so dirty. Maybe it’s more of a winter sport. Only problem is if it’s too cold your legs would be frozen to the pole and that would be awful. Wait…no, in winter you wear pants. Okay, yes it’s a winter sport. Well that’s sad, I wont be able to convince any of my friends to do the Lamp Post Challenge until winter, and I hate being outside during winter. Anything below 50 degrees is just unacceptable for me. 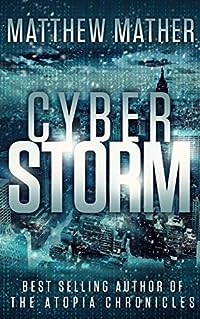 The incredibly realistic story of one family’s struggle to survive the destruction of New York in a massive terror attack. Million-copy bestseller now in development for film by 20th Century Fox.

“I couldn’t put it down… shows how dangerous our transition to an interconnected infrastructure has become.” Karic Allega, Joint Military Cyber Command, US NAVY

NEW YORK GOES DARK IN THE DEAD OF WINTER…
A TERRIFYING MYSTERY BEGINS…
BUT WHO IS THE ENEMY? AND WILL THEY STRIKE AGAIN?

Mike Mitchell is an average New Yorker struggling just to keep his family together when a string of disasters shreds the bustling megacity around them.

The Internet and communication networks go down… a deadly epidemic rages across the country… then a monster snowstorm cuts New York off from the world.

Days go by without contact to the outside world. Then weeks. Murder and vigilante justice replace law and order. Millions fight to survive.

In the chaos, conspiracy theories rage about a foreign cyberattack. Was it the North Koreans? The Russians? The Chinese? Might it be the first shockwave of a global shift in power? But even these questions become unimportant as Mike and his family struggle for survival in the wintry tomb of a doomed New York.

FROM THE BACK COVER

Matthew Mather is a leading cybersecurity expert who presented in Washington to the FBI and CIA, warning of the impending danger of possible cyberattacks like the one that “hobbled Atlanta” in March of 2018 as reported by The New York Times.

Translated in twenty three countries, CyberStorm is a worldwide bestseller, a new apocalyptic disaster classic in the spirit of On the Beach, Alas Babylon, One Second After, and Lucifer’s Hammer that will appeal to fans of Tom Clancy and Brad Thor.

Award-winner of the GoodReads Choice Awards in 2013, millions of readers voted CyberStorm into the Top 20 of its category on Goodreads. It has ranked as the number one bestseller in Amazon’s technothrillers, conspiracy, military, post-apocalyptic, terrorism, and science fiction categories. 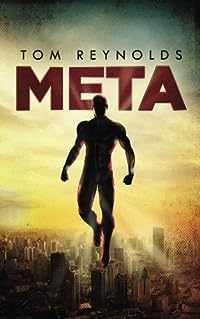 It’s been ten years since Connor Connolly lost his parents in ‘The Battle’; a fight between The Governor and Jones, two of the world’s strongest metas. Before ‘The Battle’ the world had been full of metas, super-powered humans whose amazing abilities came from mysterious wristbands. Since that day one has never been seen again.

Now 16 years old, Connor lives in Bay View City with his older brother Derrick, a meta-obsessed blogger, where he’s just trying to keep his head down long enough to survive high school. All of that changes the night he attempts to save a girl’s life and wakes up to find the first new pair of metabands anyone has seen wrapped around his wrists.

Connor soon finds an unlikely ally in Midnight, a masked vigilante who helps him learn how to harness his new abilities, while also trying to balance his summer job at the lake. As a meta, Connor becomes known as Omni, potentially the most powerful meta the world has ever seen, but it isn’t long before he finds out he’s no longer alone… 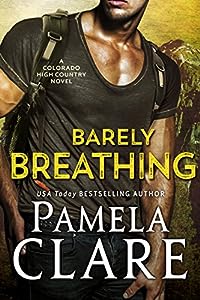 Lexi Jewell left Scarlet Springs twelve years ago, vowing never to return to the small Colorado mountain town where she grew up. Now, here she is — over thirty, out of a job and with little choice but to move back in with her eccentric father. Lexi knows it’s just a matter of time before she runs into Austin Taylor, her first boyfriend and her first heartbreak. She’s determined to show him she’s over him — until he steps out of a pickup truck and back into her life, looking sexy as hell in his mountain ranger uniform.

As far as Austin is concerned, Lexi can turn her snazzy little convertible around and drive back to Chicago. After all, she ripped his teenage heart to pieces and turned her back on the town he loves. But from the moment he sees her again, he can’t get her out of his mind. Even her smile messes with his head.

When an evening of conversation turns into something else, Lexi and Austin agree to be friends — with benefits. But as Lexi starts making plans to return to the big city, Austin realizes he’ll lose her a second time unless he can show her that what she’s searching for has been right here all along. 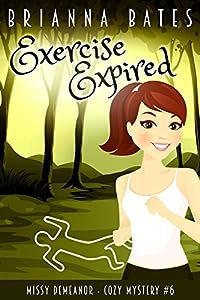 All that hard work is finally paying off for curvy, voluptuous amateur sleuth Missy DeMeanor! She’s lost pounds and inches to fit into her wedding dress, and gained self-esteem and the appreciative eye of more than one male co-detective. That is, they would be co-detectives if Missy were investigating – which she’s not. Because she promised her fiancé she’d leave investigating to the professionals – him, among others. Yeah, Miss, we’ve heard that one before.

In Brianna Bates’ SIXTH Missy DeMeanor cozy murder mystery, Missy’s been working out at a small gym with a personal trainer who, unbeknownst to Missy, has signed her up for the annual Celtic Games and a training weekend to prepare. When Missy finds one of her fellow athletes murdered, she knows she has just the two days to find the killer. By the end of the weekend she’ll learn two things – there are 50 ways the fitness world can be deadly, and what her trainer always says is right: you can always do more than you think.

This adventure takes Missy away from the tea room, the bookstore, and her dog Cody, into a world of burpees, clean and jerks, and proper running form pointers – a world that’s leaner and maybe a little meaner. But sweet Missy’s always the same. Fans of women sleuths, especially light, delicious cozies you can read fast, with no cliffhangers, on-the-page violence or graphic scenes will eat this series up.If you like Gina LaManna, Jana DeLeon, Mary Daheim, and Leighann Dobbs, give Missy a try! 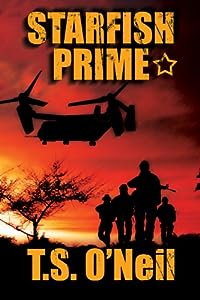 Michael Blackfox thought he’d left Marine Force Recon behind, but they had other ideas.

The best trained man for a high risk mission is dead and Blackfox is uniquely qualified to be the heir apparent.

The trouble is he and his father are currently fugitives on the run from the law. Marine Special Operations roughly brings Michael back into the fold, while allowing his father to be arrested and extradited. If Michael cooperates, the government will go easy on his dad.

A Russian arms dealer recovers an ICBM from Iraq during the invasion and sells it to the Iranians. They commission him to reconfigure the missile as an electromagnetic pulse weapon that, if fired, will destroy all electronics in the United States–effectively plunging the country back to the nineteenth century. 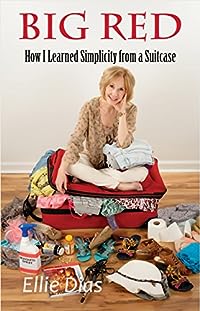 Big Red: How I Learned Simplicity from a Suitcase
by Ellie Dias

Seeking to experience simplicity and contentment in the “Happiest Place on Earth,” Dias struggles to jettison her Western ways while lugging a 95-pound suitcase of bare necessities.
Common sense should have told her how inappropriate her “must-haves” were for spending three and a half weeks in the villages, farms and jungles of Bhutan, Nepal, and Tibet.
Ellie found herself wondering whether the Universe — via her Big Red Suitcase — was trying to teach her something, and was she ready to learn…