I don’t understand why my baby bassets do not appreciate back to school supply shopping. I went out of my mind when I was at Target the other day and I saw that the seasonal section was stocked full with bright colorful binders and pencils. My heart started racing and I couldn’t stop saying CUTE CUTE CUTE out loud. I was by myself, so when I got home I jumped on line to download the supply list from the teachers. It wasn’t there. I called the school and they said it would be on the website next week. UGH!! But all the good stuff will be gone by then! My baby bassets looked at me like I was crazy when I asked them if they wanted to go Target to check out the binders. They didn’t want to go at all!! Back in my day (yes I said that) I couldn’t wait to pick out my new backpack, pencil box, and lunchbox! My Mickey Mouse Club lunch box was by far my favorite. I don’t think I can wait until next week. I’m going to drag them there today. 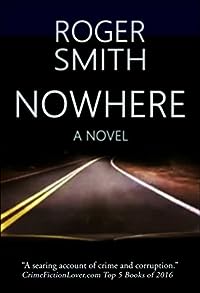 A dark tale of fate, revenge and violence in a country where wrong is the new right.

When the president of South Africa murders his wife in a fit of drunken rage he charges his most trusted henchman, the bloodthirsty Steve Bungu, with orchestrating a cover-up that pivots on blackmailing Joe Louw, a retired cop of impeccable ethics, to mount a fake investigation that’ll clear the crooked head of state.

In a seemingly unconnected case, Investigator Disaster Zondi (Mixed Blood, Dust Devils) who, because of his criticism of the corrupt post-apartheid regime, has been banished to the fringes of law enforcement, is given the thankless task of traveling to the remote Kalahari Desert to arrest Magnus Kruger, a notorious white supremacist who rules over an Afrikaner-only enclave, for the slaying of a young black man.

As Louw and Zondi peel away layers of lies, hatred and festering secrets they reveal the connections that bind them, connections that reach back deep into the nightmare of South Africa’s apartheid past. 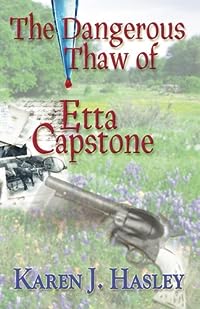 The Dangerous Thaw of Etta Capstone
by Karen J. Hasley

“Revenge is very good eaten cold”
For most people food serves a purpose and the purpose isn’t complicated. You eat it. But for Etta Capstone it’s not that simple. An excellent cook and the owner of a successful restaurant on the Texas frontier, she’s had years to perfect other uses for food besides the obvious. Food as shield. As wall. As love letter. As peace offering. Food as life — well, half a life, anyway.
Etta’s not like other women. She’s been frozen in the past, frozen heart and soul for a long time, captive to memories of unbearable violence. Until suddenly, with the sighting of the man she holds responsible for her painful history, Etta begins to consider the possibility of a more satisfying future. She knows that with a good cooking fire and the steady heat of a patient man’s love, a lot of things are possible — even change, even happiness — and to her way of thinking, all that stands in the way of a bright future is one wicked man, one necessary execution, and lessons in good penmanship. So as a woman used to creating dishes from diverse and rare ingredients, Etta concocts a deadly recipe using just those elements. She knows better than most that life offers few guarantees, and if all it takes to free her from the past is one wicked man, one necessary execution, and lessons in good penmanship, she’ll take the risk and make the effort, no matter who gets burned. Because after years of keeping the fires of love and the warmth of hope at a distance, Etta Capstone is finally ready to thaw. 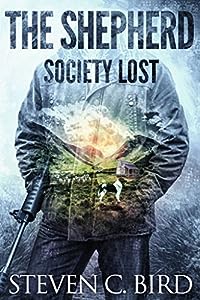 The Shepherd: Society Lost: Volume One (A Post-Apocalyptic Dystopian Thriller)
by Steven Bird

From the author of the award-winning thriller, Erebus, and The New Homefront Series, comes The Shepherd: Society Lost, Volume One.

The Shepherd is the first installment of the post-apocalyptic and dystopian thrill ride of the Society Lost Series! If you like SHTF, TEOTWAWKI, vigilante justice, prepper, dystopian, post-apocalyptic tales filled with action, adventure, tragedy, and triumph, join Jessie Townsend as he and his family struggle in a collapsing and uncertain world.

The Shepherd: Society Lost, is an action-packed post-apocalyptic thrill ride detailing the struggles of former Sheriff Jessie Townsend as he and his family seek shelter from a crumbling world with a self-sufficient life on a homestead deep in the Rocky Mountains.

Sanctuary soon becomes what he meant to escape, peaceful bliss slipping into desperation and despair in the aftermath of events that shook the foundations that shaped our world to the core.

An unholy alliance of conspirators had sought the collapse of our civilization in order to rebuild and reclaim it as their own. Never truly intending to coexist, the unlikely allies found their courses diverging, leading to a struggle that dealt the final death blows to our society. In the absence of the order and structure of our modern civilization, evil, suffering, and chaos were unleashed throughout the world.

As the post-collapse struggles of the outside world begin to threaten Jessie’s mountain hideaway, a return to the world he left behind becomes a chance for redemption and survival in — a society lost. 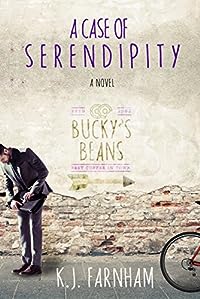 A Case of Serendipity
by K. J. Farnham

Ruth Bateman is at her wit’s end. If Bucky’s Beans doesn’t stop spamming her phone with discount codes for frou-frou java concoctions, she’s going to flip. After multiple failed attempts to unsubscribe, Ruth takes to the company’s Facebook page to vent her frustration over the never-ending texts.

When attorney, Henry Mancuso, stumbles upon Ruth’s complaint, he has no idea that a simple Facebook scroll is going to change his life. Now, he has to get Ruth to agree to a class action lawsuit when she’s just looking for some peace on her mobile device — not a drawn-out case against a coffeehouse giant.

As Ruth and Henry battle the legal waters, a friendship full of fun and spontaneity blooms. But could something more be brewing between these two and this coffeehouse case? 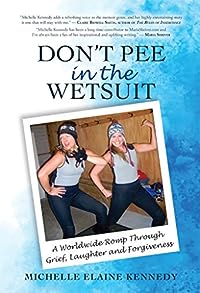 Don’t Pee in the Wetsuit: A Worldwide Romp Through Grief, Laughter and Forgiveness
by Michelle Kennedy

Michelle Kennedy watched live coverage of a fiery, multi-car accident for an entire day before recognizing her father’s Chevy pickup pinned between the two semi-trucks. A television news reporter at the time, she narrowly avoided being assigned to cover the collision that killed her father. Suddenly a part of the news she’d reported on for years, Kennedy longed to run away from broadcasting, her life, and looped images of her father’s body underneath a yellow tarp.

Blending reverent reflection with rollicking adventure, Don’t Pee in the Wetsuit is a travel memoir about Kennedy’s attempt to sift through an unresolved relationship with her dad on a six-month trip around the world. Gallivanting through eleven countries with a best friend, Kennedy loses her clothes in Costa Rica, swims with bull sharks in Australia, gets scolded for peeing in her wetsuit on a cave tour in New Zealand, and overindulges on food, wine, and foreign men. Writing on the road, she struggles to forgive her father’s shortcomings and make peace with losing the first love of her life.