Hi Hi Hi!!!! Heather’s here!!! I’m so so so excited to be blogging for you this morning. I know Queen Jackie really didn’t want to give this up but to be honest she was sound asleep when I left this morning. I think she needed to sleep sleep sleep. The other ladies wanted to be here too but for some strange reason their alarm clocks didn’t go off (he he he) so you’re stuck with little old me. Wow I just feel so much love from you guys even though I can’t even see your faces!!! It’s all so overwhelming I think I need to step away… bye bye bye from Heather 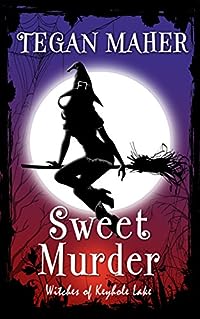 What’s a witch to do when the meanest man in the county drops dead in his coleslaw during her shift at the local barbecue joint? Noelle does what any good Southern girl would do: she flicks a wrist to clean up the mess, then thanks the stars for doing the world a favor. She should have known nothing’s that easy.

The Magical Oversight Committee is on her back because she can’t keep her unruly little sister in line and the hunky new city-slicker sheriff would like to take her to dinner, except he suspects her of murder. To top it off, her cursed miniature donkey is being particularly calamitous and the old hens at the local beauty parlor are laying bets on her love life. 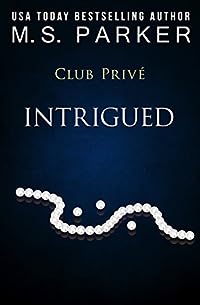 Who is Gavin Manning and why does he keep showing up wherever I go? What does he want from me?

These are just a few of the questions law student Carrie Summers asks herself after running into devastatingly handsome Gavin for the third time at the opening of the hottest new club in town, Club Privé. Is he stalking her, or is it fate? 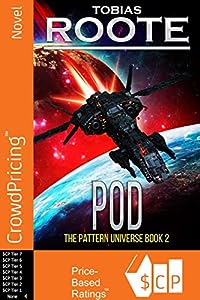 Humanity has managed to develop its fledgling World Space Council, but it’s still far from being effective and there are those who do not want it to succeed at all.

Meanwhile, the alien AI, Pod, is the only thing standing between them and those intent on eradicating all biological sentience within the galaxy. It’s almost too much for the tiny escape pod that has been left in charge of Earth’s safety. 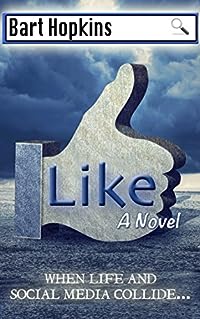 The lives of five strangers will collide because of social media. Some of those new digital connections will be good… others will be terrifying.

You’ll meet Greg, a realtor whose success stems from his Internet savvy. His tweets are re-tweeted a hundred times and thousands follow his blog.

Then there’s Paul, who stumbles on an old crush while Facebooking. Through research of her online habits, he arranges a “chance” meeting so they can fall in Like with each other.

Martin is a cancer survivor with renewed purpose in life thanks to a supportive social media family.

LIKE is a selfie of modern times… a tapestry of people and events woven together with this era’s most abundant thread: social media. 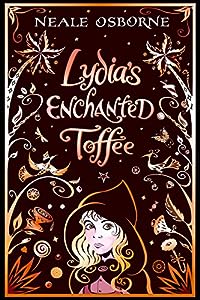 Visit the ice-cream fields of the north… the sinister and magical Black Forest… the fossil-filled biscuit caves of Kukido… the cocoa- and coffee-rich lands of Tangiya… and the dragon-haunted orchards of Jamatarta.

And yet, for children in the land of Likrishka, life is less than ordinary, and mostly very grim – as the Likrish population lives under the watchful rule of Stannic, a tin-skinned tyrant, a Master Chef who commands an army of robot police. Thus nine-year-old Lydia faces a future slaving away in a factory camp…
One eventful day, she meets a gang of other children with strange sweetie powers: the deadly Bull’s-Eye, razor-toothed Jawbreaker, fire-breathing Peppermint, the super-fast Hazel Whirl – there’s Marshmallow, Ice Lolly, Sugar Cube, Dolly Mixture, Cocoa and Marzipan… and together, they must travel across the robot-controlled Candi-Lands, on a treasure hunt for magic sweets that will help to defeat the villainous Master Chef… and return their world to its sweetest, once more.