How’s A Cat Supposed To Type

Well good afternoon internet… it is I your favorite fluffy cat… Sinatra… blah blah blah I know you’ve heard it all before. Honestly, I love the extra attention because who doesn’t want free catnip, but to be frank (not supposed to be joke because my name is Sinatra… and if you don’t get that… who are you?) I was in the middle of the most wonderful cat nap when Jackie burst in reminding me of my great privilege I had today. And while I could spend all day here saying bad jokes we both know neither one of us really wants that, and my pillow is calling so happy travels, Sinatra 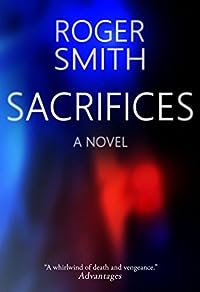 Just another killing in a country where murder is a national pastime…
Wealth insulates Michael Lane and his family from South Africa’s violent crime epidemic until trouble comes from within the high walls of their Cape Town mansion one night when his teenage son commits an act of unspeakable savagery. Lane, joining his wife in a desperate lie to protect their boy–a lie involving the sacrifice of an innocent–encounters no opposition from cops and courts burdened by chaos and corruption, but he sets in motion a bloody train of revenge and retribution that threatens to destroy him and everything he loves. 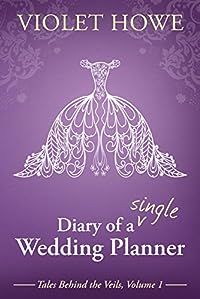 Diary of a Single Wedding Planner
by Violet Howe

I blame the fairy tales. When you grow up watching every love story end in happily ever after, you come into adulthood with expectations.

I never thought I’d reach twenty-five without finding The One. Of course, I’d know immediately he was The One because angels would sing, a light would shine down from the heavens, and he would be absolutely perfect in every way.

Except that hasn’t happened in real life.

So go ahead. Read my diary. You might laugh. You might cry. You might question my sanity more than once. Lord knows, I’ve done all that and then some. But if there’s anything I’ve learned from the fairy tales and my crazy life, a lot happens between Once Upon A Time and Happily Ever After. 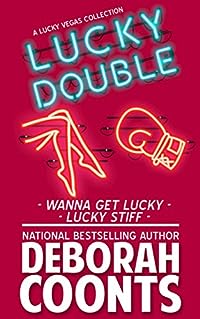 Book One: Wanna Get Lucky? AND Book Two: Lucky Stiff

Everyone Has a Hidden Talent

Surviving in Sin City takes cunning, a pair of five-inch heels, and a wiseass attitude. Lucky has mastered them all and has a pair of legs she uses to kick butt and turn heads. As the Chief Problem Solver for the Babylon, Las Vegas’s most over-the-top destination, mischief is in her job description. She’s good at her job. She’s less good at life. But who has time for a life when there’s a killer on the loose? 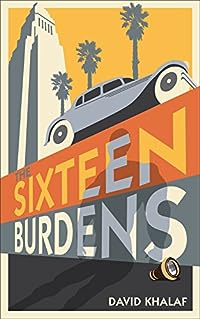 When Gray Studebaker discovers a pattern on the movie-star maps he sells on the street corner, he thinks he’s solved Hollywood’s biggest crime mystery of 1939. Instead, he stumbles into a secret world where society’s greatest figures share a fiercely guarded secret: They’re supernaturally talented. As a half-crazed circus strongman hunts them down, Gray realizes he’s the only one who has the clues to find a mystical talisman that can stop the maniac. Gray embarks upon a wild, dangerous hunt through the gritty streets of Los Angeles, dodging cutthroat mafia bosses, Zoot-suited gangsters, and knife-wielding circus clowns. But the end of the search may force Gray to reveal his own secret, a mysterious power that will either save the society or destroy them all. 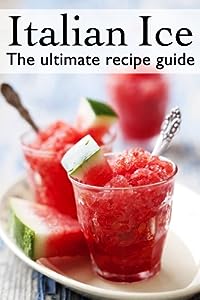 Italian ice is a widely popular, refreshing and delicious summer treat. It’s also known as slush and originates from the Sicilian treat known as “granita.” It is a refreshing treat that can satisfy your sweet tooth on a warm day and you can create this classic summertime dessert in your home anytime of the year. We have collected the most delicious and best selling recipes from around the world. Enjoy!