Check out this wonderful collection of romances from author Maddie James, that are perfect afternoon reads when you want to lounge around the house and get lost in a romance. These fun reads are filled with sharp dialog with the right touch of humor that will have you coming back for more. Enjoy! 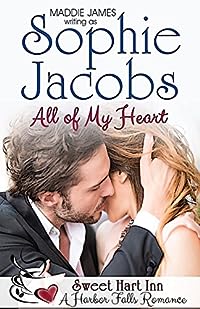 When Suzie Hart inherited the lakeside Victorian cottage that would soon become Sweet Hart Inn, she imagined her life all planned out ahead of her. She would run the inn, write her recipes, and pick up an occasional catering job with her cousin Sydney. What she didn’t plan on was Brad Matthews.

Suzie Hart has it all. A beautiful home, friends and family, and the sweetest job in the world. She’s the best darned cook in Harbor Falls, North Carolina, and has the street cred to prove it. She runs her own bed and breakfast, writes a food blog, and is working on her first cookbook.

Wrong. You see, Suzie has a secret. And when that secret rides up to her doorstep on a bad-ass Harley and tosses her not-so-perfect little world into some kind of big, bad tumble, happy-go-lucky Suzie panics.

Brad Matthews doesn’t have a secret, he has a plan–and that plan includes luring Suzie back into his life. When she worked as his sous chef in Asheville, he had no intention of falling in love with the sassy chef, or any woman for that matter. No room in his life for romance. But when Suzie disappeared and took Brad’s heart with her, his good intentions shattered. Now that he’s found her again, he’s not about to let her alter the new path he’s set out for his life–and hers.

Previously published as Bed, Breakfast & You by Maddie James. Updated and revised. 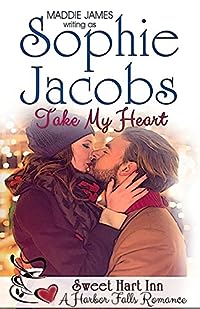 When Shelley Hart ran off and married her sister’s fiancé, the whole town of Harbor Falls was in a twitter. A few years later, with her husband deceased and two little girls to take care of, Shelley realizes her only recourse is to go home.

The last thing Shelley Hart wants is to go home for the holidays. She left her hometown of Harbor Falls, North Carolina nearly years earlier and hasn’t returned. Her leaving humiliated her entire family and caused friction with her older sister Suzie. Who could blame Suzie for being upset? After all, Shelley ran off and married Suzie’s fiancé, Cliff.

But everything has changed now–and going home is her only option.

Harbor Falls Police Officer Matt Branson values being alone, even during the holidays. Dubbed the town hermit, he prefers the solitude of his mountain cabin to socializing with friends–friends who say he still pines after the woman who got away. But the snowy day he pulls over an older model sedan speeding into Harbor Falls, things change. His gut slams against his backbone as a tearful woman rolls down the car window. His heart melts when she looks up into his eyes.

Shelley Hart is back in town–the woman who sent him into his cave in the first place.

Previously published as Home for the Holidays by Maddie James. Updated and revised. 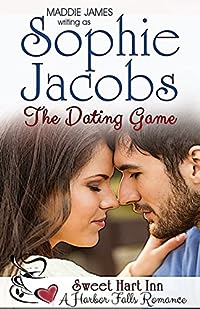 Suzie Hart is earning quite the reputation as a matchmaking chef in the small town of Harbor Falls, North Carolina. Can she navigate the dating game for Lyssa Larkin?

When puppy nanny, Lyssa Larkin, tells her friends she has given up on dating and is devoting her life to dogs, Suzie realizes it’s time to take matters into her own hands. She sets up a series of speed dating lunches for Lyssa at Sweet Hart Inn, designed to help the former Harbor Falls High Homecoming Queen meet as many men as possible in a short time period. Suzie knows Lyssa needs a push and some confidence–but soon realizes she may have bitten off more than she can chew. Lyssa inspects and rejects her dates in two bites and sends them on their way. Suzie wonders if Lyssa really wants to date or just eat double lunches, and worries that soon Lyssa’s hips won’t fit her dainty dining room chairs.

That is until Suzie is approached by a potential suitor who is falling for Lyssa hard and fast–one who isn’t on Suzie’s original radar screen–and can’t help working her matchmaking magic behind the speed dating scene. But will Lyssa reject this suitor as well?

The Dating Game continues the Harbor Falls, Sweet Hart Inn romance series featuring Suzie Hart’s matchmaking antics. If you like a little humor with your romance, a bit of culinary expertise mashed up with snappy dialogue, imperfect characters, and a happily-ever-after ending, then perhaps The Dating Game is for you. 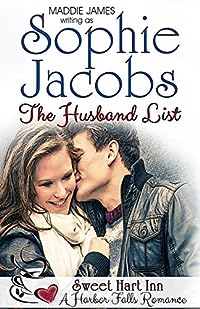 Patricia Plum knows she’s attracted to commitment-phobic men. Worse, they are attracted to her. Unlucky on her own in the couples department, she asks her new client for help. If Suzie Hart is as good as everyone claims, Patricia feels confident this hot new chef-turned-matchmaker will deliver the husband of her dreams. Just to move things along, Patricia presents Suzie with a specific list of husband requirements.

Ames Cooper is Patricia’s commitment-phonic ex-boyfriend who screwed up royally in the past (both literally and figuratively) and watched her walk out of his life. He’s a dozen years her junior and doesn’t meet any of the requirements on her husband list because he’s the exact opposite of every point on her list–not to mention the reason she compiled the list to begin with.

When photographer, Ames Cooper, steps into the photo shoot for Suzie’s new cookbook and sees Patricia again, he realizes why his heart felt so empty these past three years. He regrets his past indiscretions and wonders how he can make things right with Patricia.

Will Patricia let him get close enough to prove he can be husband material, after all? And can matchmaker, Suzie Hart, really deliver Patricia’s perfect mate to order?

Previously published as Mate to Order by Maddie James. Revised and updated 2018. 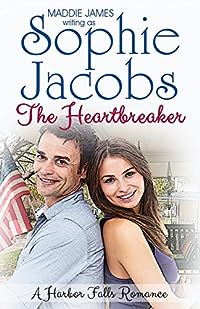 The heartbreaker is back in town. Dr. Sam Kirk broke Lucki Stevenson’s heart in high school. Years later, he’s moved back into his childhood home–the house next door to Lucki. Will he leave her heartbroken again? Or can the good doctor mend her broken heart of the past?

Lucki Stevenson spends most of her time coaching unruly teenagers and avoiding the unwelcome advances of a co-worker in her Harbor Falls Parks and Recreation job. So when all-grown-up, boy-next-door, Dr. Sam Kirk moves back into his childhood home, she doesn’t hesitate to welcome him back into town and her life–as her childhood best friend, of course. Because that’s all she and Sam will ever be–best friends.

She gave her heart to Sam once. She won’t give him a second chance to break it.

Returning home to raise his younger brother after their mother’s death, Sam feels fortunate that Lucki still lives next door, and is even happier that the tomboy he remembers is now a beautiful woman. Although reluctant to accept Lucki’s expert advice about kids, thinking he knows what’s best for his brother, Sam finally takes some advice from Lucki about how to handle the moody teenager. Convinced he’s now on the road to success as a parent, Sam wonders if he can find similar success as Lucki’s potential boyfriend.

Can Sam convince Lucki he is not the heartbreaker of her past? Can he mend her high school broken heart and risk a second chance at a future together? Perhaps, but Lucki is not easily swayed. That’s when Sam gets the whole of Harbor Falls in on the act.