With the tables decorated for the Fourth of July, I am really cracking down on my cat Sinny jumping up to see if there are any treats he can get into. He is not allowed on the counters and tables on any day, and I never had a problem when he was extra fluffy. He is currently on the Junebug exercise plan and it has been extremely effective. Since he lost all the weight he is getting around a lot easier, and higher. To discourage him from jumping on the tables I have my squirt bottle at the ready at all times. I don’t actually squirt him though. I grab the bottle, point it at him, and say SQUIRT SQUIRT!! GET OFF THE TABLE!! SQUIRT SQUIRT!! He goes running, shaking off all the water I never squirted on him. Silly kitty. 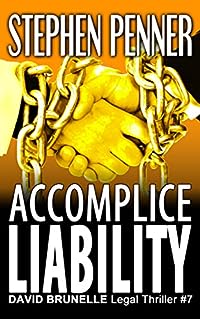 There is no honor among thieves. But what about murderers?

Seattle homicide prosecutor David Brunelle faces a prosecutorial nightmare. A drug addict-turned-police informant is found murdered, his body dumped publicly as a warning to others. The prime suspect is the drug lord the dead man was snitching out. And the only witnesses to the murder were also accomplices to it.

Decisions have to be made, and deals have to be cut. Brunelle struggles through a maze of coconspirators and defense attorneys to answer the questions at the core of his dilemma: Who deserves a break? And who deserves the full punishment of the law?

Will a collection of scared drug addicts and loyal hangers-on be willing to testify against a man who already killed one police informant? And even if they are, will the jury believe anyone whose testimony was purchased with a plea bargain?

Brunelle encounters new friends and past opponents as he tries to hold a killer responsible, both aided and hindered by the doctrine of ACCOMPLICE LIABILITY. 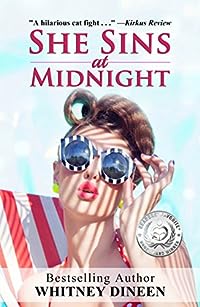 She Sins at Midnight
by Whitney Dineen

Lila Montgomery, thirty-two-year-old Hollywood assistant extraordinaire, has a secret. On the outside, she’s a hard-working dedicated employee, a good friend, and a loving daughter. But above all else, she’s been raised to be a lady, which of course is why she’s determined to conceal her secret life. If her straight-laced friends and family back home ever discover that she is really the smashing new author of a steamy romance novel, their disapproval would shame her forever! That’s why Lila has chosen to publish her sexy narrative under the nom de plume, Jasmine Sheath.

With her fifteenth high school class reunion on the horizon, Lila finds herself at a crossroads. More than anything she wants to go home and see her childhood friends but is embarrassed that she hasn’t accomplished the things she feels she should have by this time in her life; mainly marriage and children.

After another brutal run-in with Melinda Forrester, Oscar nominated actress and client of her boss, Josh Furber, Lila decides that fleeing Hollywood for a month is the best thing for her. Lila packs her bags for her childhood home of Bentley Hills, sure that her friends and family will be the touchstone of normalcy that she so desperately needs. What she doesn’t expect is that Melinda will follow her and a tabloid media circus will ensue!

Not only does Lila discover that her home is nothing like she remembers, but she meets and falls in love with the very man that inspired the hero in her novel.

She Sins at Midnight is full of laugh out loud hijinks that will make you never look at Hollywood the same way again! 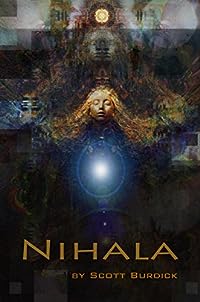 Five hundred years in the future, a crippled outcast rises to become a techno-goddess. Will she become humanity’s savior, or its destroyer? Apocalypse or evolution sometimes depends on your point of view.

A mix of dystopian history, comparative religion, AI wars, folklore, technocracy, and philosophy. Like no other sci-fi book you’ve ever read. 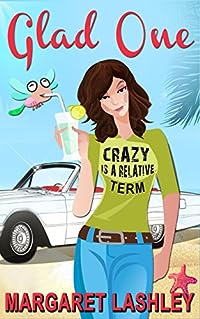 Glad One: Crazy is a Relative Term (A Val Fremden Humorous Mystery Book 1)
by Margaret Lashley

FREE FOR THE FIRST TIME ON AMAZON

One crazy old lady. Two gin and tonics. Three derelict, beach-bum friends. Will Val’s fourth stab at starting over add up to a big fat zero?

Come along for the ride as Florida’s crazy-ometer spins off the charts!

St. Pete Beach attracts weirdos like mosquitoes to a bug zapper. After being raked over the coals in Europe, Val Fremden flies back to her old stomping grounds to find everyone and everything she knew squashed under the heels of change.

Seven years abroad has done a number on her finances, credit history, friends and social standing. Divorced, broke, and staring forty-five in its haggard face, Val’s got nothing left to go on but her own dry sense of humor and a pair of wobbly thighs.

Will the life coach advice of a beer-guzzling old lady she meets on the beach help Val find her way — or will it lead her even further astray?

Perpetually primed for disaster, starting over again won’t be easy for Val. But she soon discovers that in the world of the down and out, friends (and enemies) can come from very unexpected places…

If you like wacky, deeply flawed characters and laugh-out-loud situations, you’ll love Glad One! It’s the first book in Margaret Lashley’s hilarious Val Fremden Mystery Series. Grab your copy and board the train to crazy town today! 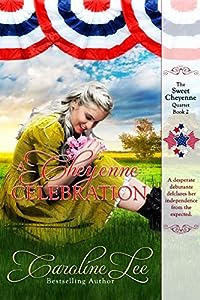 A Cheyenne Celebration (The Sweet Cheyenne Quartet)
by Caroline Lee

A desperate debutante declares her independence from the expected…
Circumstances dictate that Serena Selkirk must choose between two very different men for a husband: her coarsely handsome rancher neighbor, and a sophisticated and urbane Cheyenne schoolteacher.

Cam MacLeod and Sebastian Carderock embody opposing aspects of success in Wyoming, but both types of men are necessary for the Territory to become a state. And while Wyoming’s future hangs in the balance, so does Serena’s. She’ll have to decide between pragmatism and her dreams, but only one man will be able to make her truly happy.

It will take a Fourth-of-July showdown for Serena to realize what her heart–and her future–really desires.