The Nightmare Has Just Begun

Author David Sachs is an award-winning author whose novels take readers on thrilling emotional roller-coaster rides that keep his fans coming back for more. Find out for yourself why they just can’t get enough of his page-turning adventures. 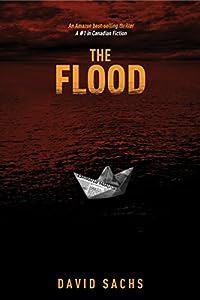 The Flood
by David Sachs

“Every civilization on earth has a flood story. None of them saw it coming.”

When the Flood hits, America’s East Coast is evacuated by every means possible. Trains, buses, and an unending line of cars head inland. All manner of boats and ships aid in rescues along the docks of New York.

Brooklyn paramedic Travis Cooke had dreamed of reuniting his family, but not like this. Escaping New York with his son and the ex-wife he still loves–and her new husband–they find themselves evacuated on the luxury cruise ship, the Festival of the Waves.

Hours later, the Festival lies dead in the open Atlantic: no power, no communications, and nowhere near enough food. Thousands of evacuees on board find themselves alone in a big ocean.

For those that escaped the Flood, the nightmare is just beginning. 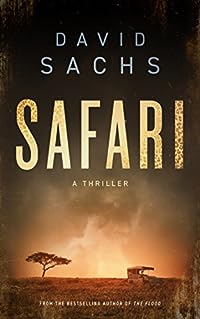 Safari: A Thriller
by David Sachs

Sasha and Josh came to East Africa for an adventure to save their marriage. They got the adventure.

The thirty-something golden boy and golden girl investment bankers have lost their passion, for life and each other. For three months — snorkeling Zanzibar, climbing Kilimanjaro, trekking to gorillas — the trip worked its magic. But when they begin their Kenyan safari at the start of the rainy season, their trust is shattered.