I was feeling a bit overwhelmed with all the stuff I gotta do and places I had to be, so I made a list. I thought a list would make me feel a bit better and once I went through the list one item at a time it would seem more manageable. Turns out it was a pretty long list. Like, REALLY long. I started wondering where the heck all these items came from. It was crazy! I wouldn’t be able to do it all. You can see the list didn’t make me feel any better at all. It just made me even more crazy. I started to freak that I forgot to put something on the list. I was wasting time reviewing the list and not working on the list which of course put me far behind. There is only one solution…. CLONES! I needed to clone myself, so I Googled ” How do I clone myself?” 41,700,000 results. Really? 41,700,000 results. Okay…Of course the third item in results was a YouTube video. Guess where I am going? No time for reading. PULEEEZ! Although the sixth result was “How to Make a Clone in 6 Easy Steps.” I was hoping for more like 4 steps. I had no clue there were so many options. I actually looked down to the eighth option on the list and it was “Five reasons Not To Clone Yourself” PTHHHT! That person obviously didn’t have a long ToDo list to get through.  YouTube it is. 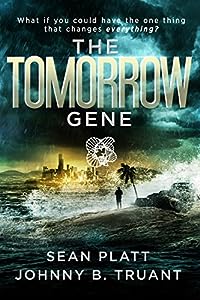 The Tomorrow Gene
by Johnny B. Truant, Sean Platt

Book One in the Tomorrow Gene trilogy. Be sure to pick up The Eden Experiment, available now!

What if you could have the one thing that changes everything?

Ephraim Todd has landed in paradise: Eden, the largest artificial archipelago in the world. Eden is home to The Evermore Corporation — a company that rumors say has created the Fountain of Youth — and offers the ridiculously rich genetic enhancements and modifications that the rest of the world can only dream about.

But that’s not why Ephraim is on Eden. He’s obsessed with finding his brother, who disappeared more than a decade ago, and he’s sure his brother is on this island — which is why he’s been trying to get there for years.

But Eden doesn’t surrender its secrets easily. When Ephraim stumbles upon a disturbing truth, all his evidence mysteriously disappears. He knows they’re on to him, but is suddenly unable to trust his own mind. Is the world around him falling apart, or is it just him?

Ephraim believes that he’s on a quest to find his brother… but he’s really on a journey to discover himself. And what he finds will turn his entire life into a lie. 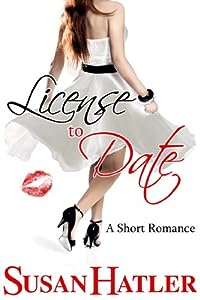 After discovering her fiancé cheated on her, Kaitlin is focused on two things: remodeling her new home and avoiding men at all costs. But her friends insist she get back in the driver’s seat and date again. They strike a hard bargain and agree to paint her house if she goes on five dates.

Anxious to get the paint job started, Kaitlin schedules five dates in five days, but her plan falls to pieces when a sexy bartender at her venue-of-choice makes her swoon. Even though he observes each of the dates from afar, she can’t help but want him to come a little closer.

The last person she should fall for is a mysterious bartender with a sinful smile, but Paul makes her want to take risks again. Will the charming man with electric blue eyes break her heart or will he prove to her that a license to date is what makes life worth the drive? 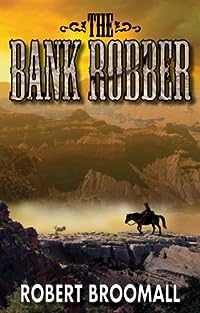 The Bank Robber
by Robert Broomall

The story of an outlaw on the run, the girl he meets in the desert, and the posse that’s chasing him — led by his best friend.

Swede Burdette is a legend in Texas — as a Texas Ranger, soldier, Indian fighter. Things went bad while he was away at the war, though, and when he came back, he turned outlaw. John Kirby is a Texas Ranger who always brings in his man, usually dead. When Swede robs the bank in Temperance, Kirby leads the posse that goes after him. Kirby was Swede’s boyhood friend, but now he’s vowed to put an end to Swede’s depredations. He also married the woman Swede loved. Swede is on the run to Mexico when he encounters a girl named Rosie, a prostitute, the only survivor of an Indian raid. If Swede leaves Rosie in the desert, she’ll die, so he takes her with him, even though she’ll slow him down enough that the posse is bound to catch him… 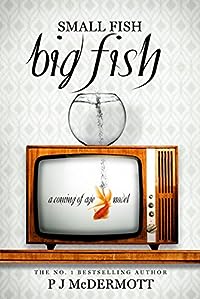 When things go terribly wrong, there’s no time left to do what’s right.

Seventeen-year-old Stephen has the usual teenage problems: raging hormones, low self-esteem, doubts about whether there’s a God, and that empty feeling that he just doesn’t fit in.

But there’s not many his age that would need to deal with a psycho like his next-door neighbor, Archie.

Stephen’s troubles begin in the local grocery shop when he sees a ten-pound note flutter to the floor beside his feet. Without further thought, he stoops and stuffs it into his pocket.

This seemingly innocuous action propels Stephen into a frightening world of deceit and criminality where he becomes progressively more tangled in Archie’s web.

Stephen needs to break away from Archie’s scheming before something serious happens, but there is only one way to do that. He must face his nemesis like a man. Then one night things go terribly wrong, and there’s no time left to do what’s right.

Small Fish Big Fish is an enthralling coming of age story that echoes the struggles, uncertainty, and hopes of youth not only of yesterday, but also of today, and tomorrow. The tension, suspense, and twists and turns in this gripping thriller will keep you guessing until the last page. If you enjoy true-life settings filled with compelling characters, suspenseful mystery and a touch of young romance, then you’ll love PJ McDermott’s twist on the traditional coming of age story. 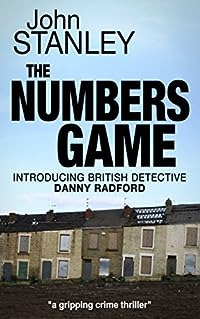 THE NUMBERS GAME: a gripping crime thriller
by John Stanley

When a body is found in a house on a street marked for demolition, Superintendent Danny Radford and his team immediately come up against the actions of the developers and local activists, all of whom seem intent on thwarting their investigation. As more bodies are discovered it becomes clear a serial killer is at work, but will the interference of politicians into the police’s work allow the murderer to avoid Radford’s efforts to bring him to justice for his homicidal games?