The Heat Of Summer

Summer isn’t over yet, so take your pick from any one of these fantastic reads from award winning author Sophia Summers, and sit back, relax, and lose yourself in romance. Enjoy! 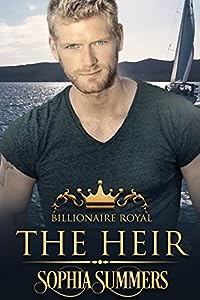 This Novella is the first of seven in the Billionaire Royal Series.

Home for the summer, Jo Finley struggles to save her family’s marina, comfort her ailing father, and find a way to break up with a controlling boyfriend. She quickly becomes distracted by a newcomer to their small town. Immediate attraction has her reeling and second-guessing her choices.
Nick Waters, otherwise known as Nico Valdez, Crown Prince of Torren, an island country off of Greece, is hiding out in Shady Lake South Carolina for the summer. His one task: no entanglements with other women. Lay low until the press in his country move on to other scandals. But when he meets Jo, he soon realizes she is an entanglement in the making. He gives up trying to resist her and determines to enjoy an enticing summer fling with a beautiful woman who keeps him grounded in ways no one else can.

When Nico gets called home for a family emergency, and Jo must stay to take care of her father and business, they realize how desolate their lives could be alone. 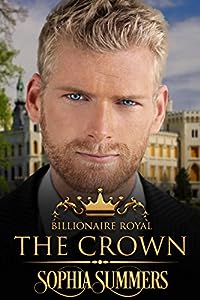 The Second Novella in the Billionaire Royals Series.
Jo Finley, small town girl finds herself engaged to be married to the crown prince of a small island country. No matter how hard she tries, the fairytale is more difficult to grasp than she imagined. With funerals, coronations, and weddings to plan, Jo wants to head back to her quiet marina in Shady Lakes South Carolina.

Nico Valdez is busier than ever, the demands on his time taxing him more than anything has. When a former girlfriend shows up and everyone around him questions Jo’s ability to succeed, the pressure reaches his breaking point. Is the love that Jo and Nico feel for each other strong enough for them to weather the challenges facing a new prince when he receives the Crown?
Look for other books in this Series. The Heir: Book One on sale now. And future books: The Duke, The Duke’s Brother, The Prince, The American, and The Spy.

Jo wants to be the perfect queen, but when the press start throwing daggers, she questions not just her abilities, but her desire to stay. 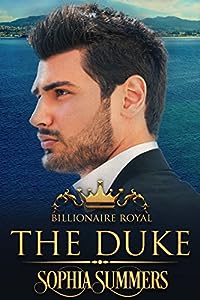 In the past, Trane Valdez, Duke of Torren, has had no time for anything but cleaning up after Nico, the Crown Prince, and helping to manage his responsibilities for the crown. But when Seraphina steps back into his life, nothing else seems quite as important.

Just as Trane is committing to put their relationship first, Princess Seraphina Rolana is making plans to become an award winning journalist. Her first assignment? The Valdez family, Trane in particular. As soon as they think this might be the perfect opportunity for their relationship to grow, she discovers problems within Torren she feels duty bound to report, but these are issues that the press will jump all over and may expose Trane and his policies.

When Seraphina’s sketchy connections show violent tendencies, Trane doesn’t know if he can continue dating her or even involving her in his life. Can they weather her career, his protection of the crown and her violent connections in order to save a decade’s long romance? 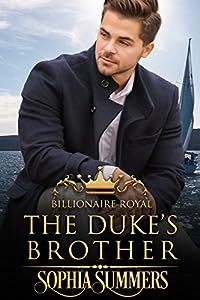 The Prince of Torren, also known as the Duke’s brother, is third in line for the throne, and last in line for most other things. But he is content with his work for the crown. Nothing much phases him, not until he stumbles upon Jenneca, a shopowner’s daughter.

Jenneca had never felt content working her father’s shop. But they didn’t have enough money to send her to a foreign school, and of course they hoped she kept the family tradition of serving the crown. But she has secret hopes for a spot on the Olympic downhill skiing team. She almost begins to accept her lot until Tripp stops by to pick up an order for the palace.

Although tradition says they can never be together, Tripp doesn’t know how he could ever be apart, not once he gets to know the lovely Jenneca. 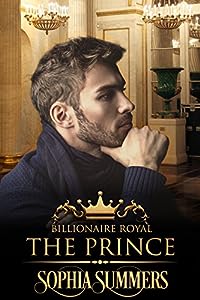 Daniel is the artistic brother. He and his camera are seldom apart. Sometimes he sees things through the lens that he wouldn’t notice otherwise.
Melodia works runways for lower list designers. She has become dissatisfied with a career where she feels like a clothes hanger and wonders if anyone will ever see her.
Daniel sees Melodia for the first time through his own camera and he knows he will never be the same. Convincing her his interest lies deeper than her beauty becomes the most difficult quest of his life.