All The Colors Of The Rainbow

Yesterday I walked my old pup Jethro to the rainbow bridge. I thought I heard the click clack of his steps coming down the hall this morning, but soon realized my ears lied to me. 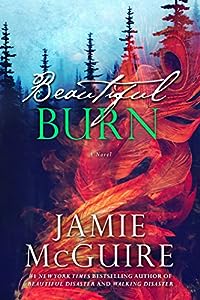 Fresh out of college, Ellison Edson has fallen through the cracks of rock bottom. While staying in her family’s vacation home in Colorado, her behavior has finally gained the attention of her parents — but not in the way she hoped. Cut off from the millions she’s always taken for granted, and left alone to fend for herself, Ellie spirals further out of control, making a mistake she can’t take back.

Like his twin brother Taylor, Tyler Maddox is a member of the Alpine Hotshots, fighting wildland fires on the frontline. As arrogant as he is charming, Tyler’s nomadic lifestyle makes it easy to contain his relationships to one night. When he meets Ellie at a local party during off-season, her extreme personality and dismissive attitude fascinates him at first, but as his feelings deepen, Tyler realizes that the crippling inner demons of the woman he loves might be the strongest enemy any Maddox has ever faced. 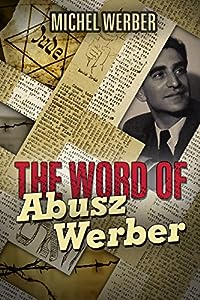 The Word of Abusz Werber: The Untold Story of the Visionary Man Who Was A Pillar of the Jewish Community During the Nazi Occupation of Belgium
by Michel Werber

The extraordinary life story of Abusz Werber before, during and after the Second World War

Abusz Werber grew up in Poland from which he moved to Belgium. During the Nazi occupation, he was the party leader of “Linke Poale Zion” (Left-wing Workers of Zion), a Zionist-Socialist party in Belgium, and one of the initiators of the Jewish Defense Committee of Belgium. This committee managed to save about 3,000 children and several thousand Jewish adults from the clutches of the Nazis.

A secret newspaper telling the truth!

With his party comrades, Abusz Werber ensured the editing, publication and distribution of 28 issues of a secret (underground) newspaper in Yiddish, “Unzer Wort” (Our Word), which appeared until the Liberation in September 1944 (and even after). In this newspaper, he assiduously denounced the lies of the German occupant, as well as those of the Belgian Association of Jews, who collaborated with them. He called neither to follow their orders nor to respond when summoned to go to Mechelen, a transit camp before deportation.

This book is an attempt to tell Werber’s story and give him and his party members and activists the place they deserve in the chronicles of the fight against Nazism. 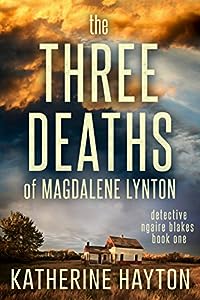 Paul Worthington just confessed to a murder that never happened.

Magdalene Lynton died forty years ago: a vivacious teenager who fell victim to a grotesque, accidental drowning. The coroner’s office issued a verdict of death by misadventure and filed her case. The farming commune she’d lived within, splintered apart. Her body was left behind in a small, private cemetery encircled by acres of fallow ground.

Until Paul Worthington confessed to her murder.

Magdalene’s case lands with Ngaire Blakes, a Maori detective recovering from a brutal stabbing. After fighting for the resources to investigate, Ngaire discovers that Paul’s confession doesn’t fit with the facts of Magdalene’s death. The trouble is, neither does the original verdict.

Together with her partner, Deb, Ngaire digs deeper into the case to uncover inconsistencies, lies, and mortal danger.

The Three Deaths of Magdalene Lynton is the first book in a new series of mystery novels set in the deep shadows of New Zealand. If you savor tightly raveled mysteries, strong female leads, and psychologically unsettled minds, then you’ll enjoy Katherine Hayton’s opening story in a compelling new trilogy. 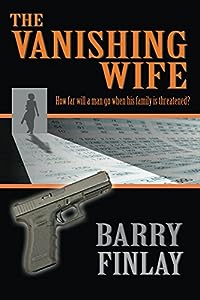 How far will a man go to protect his family? Mason Seaforth is about to find out.

Mason Seaforth, a mild mannered accountant, wakes up the morning of his 20th wedding anniversary to find that his wife, Sami, has disappeared. A search of Sami’s computer uncovers a past she has buried for more than 20 years. Together with their strong-willed friend, Marcie Kane, he leads an investigation that takes them to a casino in Gatineau, Quebec. As the two close-in on Sami’s whereabouts, so do Aaron Marshall and his enforcer, Greg Johnson, AKA “The Force” – deadly serious men willing to kill the entire Seaforth family to protect Sami’s secrets.

Action-packed crime thriller with suspenseful storytelling and a surprising twist.

Mason is thrust into a race against Marshall and Johnson, thrown into a life that is meant for other people. He must put his quiet job on hold and quickly learn how to handle a Glock 17. Each decision he needs to make is deadlier than the last, and a wrong move could result in the death of his family. 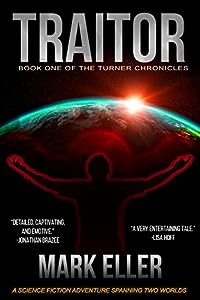 On the edge of a far frontier rests a place of gentle manners and common civility–Last Chance. Threats of war change all of that. A hero is needed. A Savior. Meet Aaron Turner, the unassuming man who runs the Last Chance General Store. He may not be all that they hoped for. 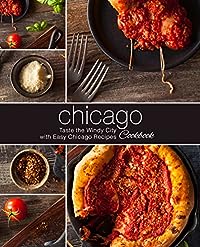 In this book we focus on Chicago cuisine. Chicago Cookbook is a complete set of simple but very unique Chicago recipes. You will find that even though the recipes are simple, the tastes are quite amazing.

Here is a Preview of the Chicago Recipes You Will Learn: