Mermaids have no use for hair. It just occurred to me that all this time I have been seeing pictures of mermaids with long beautiful hair, and it just doesn’t make any sense. Water would make it flow all over the place and get in their way. Plus hair would have no purpose under water. Why has no one complained about this before? 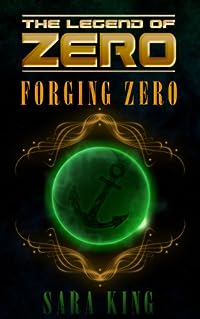 Forging Zero (The Legend of ZERO, Book 1)
by Sara King

****ONE OF THE HIGHEST-RATED SCIENCE FICTION THRILLERS ON AMAZON!!***

For lovers of sci-fi thrillers, alien invasion stories, space opera, and sprawling first contact science fiction, this is an unforgettable post-apocalyptic epic about perseverance and survival in a harsh new world where humanity is just another item on the menu…
First Contact doesn’t go as anyone expected. Now they own us.

The Legend of ZERO: Forging Zero is the epic journey of 14-year-old Joe Dobbs in a post-apocalyptic universe following a massive galactic empire’s invasion of Earth. The oldest of the children drafted from humanity’s devastated planet, Joe is impressed into service by the alien Congressional Ground Force — and becomes the unwitting centerpiece in a millennia-long alien struggle for independence. Once his training begins, one of the elusive and prophetic Trith appears to give Joe a spine chilling prophecy that the universe has been anticipating for millions of years: Joe will be the one to finally shatter the vast alien government known as Congress. And the Trith cannot lie…

But first Joe has to make it through bootcamp. 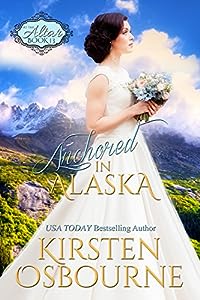 Anchored in Alaska (At the Altar Book 13)
by Kirsten Osbourne

Beverly Snow lived a charmed life until a car accident when she was eighteen. She lost her father and sister, and her mother became a quadriplegic all in one night. After giving up her own life for twenty years to care for her mother, she’s at loose ends in the midst of her grief with her mother’s passing. When her last promise to her mother turned into her agreeing to an arranged marriage to a stranger and moving to Alaska, she’s not sure what to think.
Colin Geller has spent his entire adult life knowing two things. He loved being a park ranger at Denali National Park in Alaska, and he didn’t want children. He requests that Dr. Lachele send him a woman who was comfortable with not having children. When he sees Beverly for the first time, he knows that all his dreams have come true. When something happens to make him rethink his life choices, he’s devastated. Will he be able to deal with his new wife’s choices? Or will her insistence on something he opposes keep them apart forever? 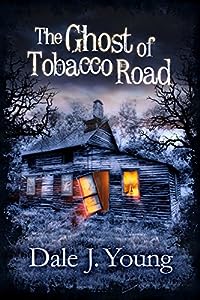 The Ghost of Tobacco Road
by Dale Young

On the banks of the Skeleton River in a remote part of North Carolina lies the town of Starlight. Like most small towns in America, Starlight has seen better days. Once known for its tobacco fields and rural Southern charm, the stores on Main Street are now boarded up, and many of the residents have left town for good.

Logan Shaw, a down and out used-car salesman living in Wilmington is convinced that the letter he has received from a small law firm in Starlight has to be a mistake. The letter states that Logan has been named the sole beneficiary in the last will and testament of one of Starlight’s residents, a reclusive old woman recently found dead in her home on the outskirts of town.

After arriving in town, Logan meets an attractive young woman named Colby who has lived in Starlight all of her life. No one knows better than Colby about the stories passed down through the years of a vengeful ghost that can return from the dead when the harvest moon rises over the tobacco fields outside of town – a ghost that kills in such a fit of rage that the bodies of the victims are left unrecognizable. For nearly a hundred years, no one in Starlight has ever seen the ghost and lived to tell about it.

With Colby by his side, Logan struggles to comprehend the unspeakable evil that has entered his life, and to understand how he is strangely connected to it. Under the light of the harvest moon he will learn of the dark secret that Starlight holds, and of the legend the locals refer to as “the ghost of tobacco road”. 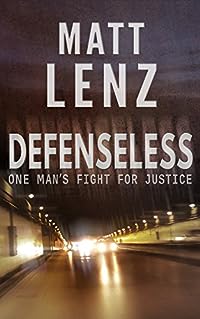 When Mark Stone’s wife is murdered he quickly realises he cannot rely on the police to bring the villains to justice. But in his increasingly desperate search for clues to the killers’ identity, Mark himself becomes the hunted one. Under the heat of the Florida sun, once the gun smoke has cleared, who will come out on top? 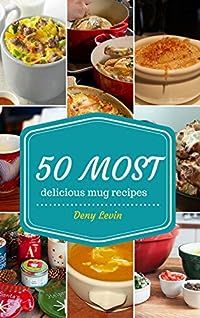 In recent months, mug cooking has taken the recipe world by storm. Popular do-it-yourself websites and recipe pin boards are awash with new possibilities for meals, snacks and desserts that work well for mug cooking. It is no surprise that many aspiring home chefs are excited to try these interesting and fun food combinations; many mug recipes require few ingredients, very little time, and only basic cooking skills. If you can add ingredients into a mug and stir, you can become an expert at mug cooking in no time. Even better, most can be prepared in an ordinary ceramic coffee mug and a microwave, and clean-up is quick and easy!
These simple qualities make mug cooking the perfect option for so many different lifestyles: busy commuters can prepare healthy and quick breakfasts that travel, moms can teach their children basic cooking skills and enable them to craft their own treats, and college students can whip up tasty late night treats without even leaving their dorm rooms. It sounds almost too good to be true, but with the recipes collected here, you can prepare your very own home made meals in just minutes.