Down The Rabbit Hole

With intriguing story lines and strong characters, this collection by author Edita A. Petrick will take you on a suspenseful and thrilling journey you wont soon forget. Enjoy! 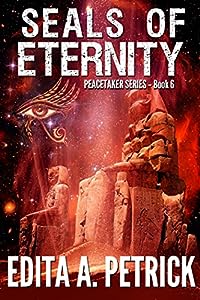 Seals of Eternity (Peacetaker Series Book 6)
by Edita A. Petrick

A cruel and mercurial ancient deity, stranded on Earth for thousands of years, has been searching for his means to escape from his earthly confinement. The only two artifacts that will do the job, the Seals of Eternity, have been lost in the sands of time. Sed, the mysterious and shadowy figure of jackal, has killed thousands in his relentless search for the Seals. The 21st century sees him taking over bodies of delegates attending an archeological convention in Miami, in pursuit of the knowledge about the two Seals. The left-handed seal is on exhibit in a local museum. The academic who curates the traveling exhibition is a Serbian war-criminal, hiding under a dead man’s identity. Sed, whether as a shadow or wearing someone’s body, has been tracking him across two continents just to be able to see one artifact that is not only a key to his prison, but a powerful energy conduit linked to all cosmic creation. The problem is that Sed needs both Seals, the left and the right-handed one, to close the loop that will guarantee him immortality… and in the process obliterate his current dimension and all creation in it.

Stella Hunter, although no longer a history professor, has been asked to present a paper at the Miami convention. Her family will be there to lend their support to their gregarious and irascible wife and mother. Since the convention is an international affair, Stella hopes to connect with many colleagues, including her best-friend-and-best-enemy, the San Francisco museum curator, Dr. Abigail McEwen.

When Stella’s husband, Carter, takes their adoptive son, Gabriel, to see the newly opened exhibit of recently discovered ancient treasures in a museum in Coral Gables, he has no idea that once again the doomsday clock started ticking. 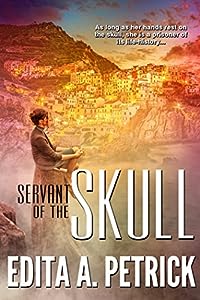 Servant of The Skull: Book 1 – Skullspeaker Series
by Edita A. Petrick

The moment Gia’s hands touch a skull, the living history of the skull’s owner bursts inside her head. Indeed, for as long as her hands rest on the skull, she is a prisoner of its life-history. When she receives a field assignment in Greece to reconstruct skulls of three victims who perished in a plane crash, she thinks it’s just for identification purposes. But nothing could have prepared her for the kind of situation she walks into. There are just as many family members who want her to do her job as there are those who’ll stop at nothing to prevent it. When the skulls prove to be fake, and a woman’s body is found on the bottom of the cliff, Gia knows the killer would rather see her dead than let her confirm the victims’ identity. 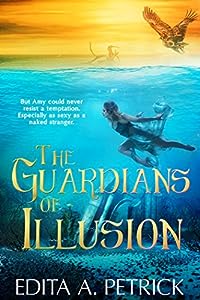 The Guardians of Illusion
by Edita A. Petrick

Ambrosia Severn has it all: accolades, success, prestige, and privilege. A renowned surgeon with a sharp mind and the recognition of her peers, she finds herself at the peak of success when a mysterious, dangerous figure enters her life and confronts her with a terrifying ultimatum — give it all up, or die.

Niven is bound by duty and honor. His mission: protect Ambrosia Severn at all costs. Standing between Amy and a violent death at the hands of an unknown assassin, he must seek out her would-be killer and fulfill his ancient oath. Chaos and uncertainty swirl as Niven finds himself tangled between the woman he is sworn to protect and the woman he has sworn to marry.

The result is a clash of ancient forces and alien alliances hell-bent on amassing control through their technology and cross-breeding. Suspenseful, vibrant, and gripping, Ambrosia’s story of intrigue, danger and betrayal stretches beyond the realm of the paranormal. Will she and Niven outsmart his secretive super-race and live to tell the tale? Or will both crumble under the weight of a mighty darkness? 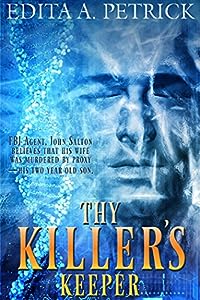 Thy Killer’s Keeper
by Edita A. Petrick

A horrific murder has taken place in Southern California. Emily Waters, a local teacher, has been bound in duct tape-leaving only her eyes exposed-and crushed to death under the wheels of a semi-trailer heading down the Eureka freeway. Who could have done this?

The San Francisco field office of the FBI sends two of their agents to investigate further. Special Agent John Salton is just as good at hiding dark secrets as he is at making himself appear as an ordinary, everyday person. He and his partner, Special Agent Ruby Tam set to explore the dark secrets of a town driven by sex and alcohol even as Ruby grows increasingly uncomfortable with her partner pushing his outlandish agenda that may see both of them dismissed… or killed.

However, when Salton’s eight year old autistic son is transferred to an experimental facility situated not too far from the scene of the latest bizarre murder, Ruby starts to wonder just how deep actually is the rabbit hole of her partner’s life? Suddenly the question as to who murdered Emily Waters becomes just as important as why won’t Salton visit his institutionalized son. 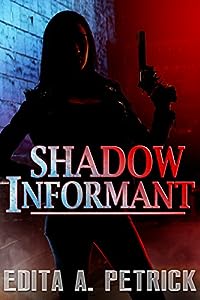 Shadow Informant
by Edita A. Petrick

When Carly is roused in the middle of the night to come to work she knows she’ll be heading for a murder scene. After all, she’s a homicide detective, it’s her job, and she’s prepared for everything. Until she arrives in a suburban commuter parking lot where a young lawyer is lying on the ground, a hole in his chest, his organs vaporized, and a topographic map of a metropolitan grid tattooed on his face. A week later victim number two — same first name, same fist-sized hole in his chest, his organs vaporized and wearing another topographic map on his face — points to something more sinister that could lead to a nearby army facility.