I think I might start eating dog food. Hear me out. I feed little Junebug the fresh stuff from the refrigerator at the store, comes in a tube and looks like liverwurst. After she finishes, she jumps around the house, races around the coffee table about twenty times, then passes out back in bed, and can sleep through even the loudest households. What is this magical food that gives her so much energy as well as the ability to sleep so soundly? Must be the food, right? It doesn’t look that bad. I bet a few nibbles wouldn’t hurt. I wonder if my hair would look shinier. 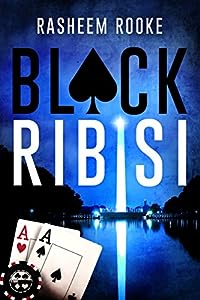 When Marco Ribisi resolves to abandon a life of crime, his decision sends shockwaves throughout the shadows and alleyways of Washington D.C. Closing his gambling houses leads to the murder of one of his workers, and the attempted murder of Jelani Jones. To Marco, Jelani isn’t just another worker; he’s his muscle. And, more importantly, he’s like a son. So this means all out war.

The Ribisi family devises a plan that allows Marco to both achieve his goal and fulfill his vendetta. But before the plan is executed, tragedy strikes again. Lies, betrayal, and murder become the order of the day. The other crime bosses won’t allow Marco to simply walk away. And Jelani may be the only one Marco can count on to save him.

In Black Ribisi, author Rasheem Rooke shows how the criminal underworld of Washington, D.C. is more ruthless than any office on K Street or Capitol Hill. Extortion, drugs, prostitution, and illegal gambling serve as its four pillars. And one of those pillars is about to crumble to the ground, dragging the whole system down with it. 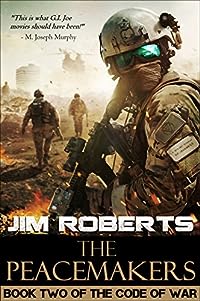 The Peacemakers (The Code of War Book 2)
by Jim Roberts

Olympus has risen…
The world’s largest and most secretive Private Military has made itself known on the world stage. Operating with impunity, they spread their tentacles into any nation willing to pay their exorbitant price.

For Joseph Braddock and his warrior brother, Danny ‘Whisper’ Callbeck, the battle has only begun. Waging a desperate war across the globe, Joe Braddock and his team of Peacemakers have weathered a humiliating defeat from Olympus in western Pakistan. Now, their fledgling unit is in danger of being shutdown by the CIA. But when a rogue CNN reporter promises them important information about the enigmatic Code of War, no amount of bureaucracy can keep Joe from bringing his war to the scorching cities of Africa.

Meanwhile, Danny Callbeck travels to Russia in an attempt to find the original creators of the Code. But there, he runs into the woman who has haunted his dreams for nearly eight months: the devastating Olympus assassin Agrippina.

‘The Peacemakers’ is the sequel to Jim Roberts’ debut novel, ‘Olympus Rises’. A blockbuster in every way, the Code of War keeps getting bigger… more action, more adventure, more globe-trotting excitement! Join the Peacemakers today! 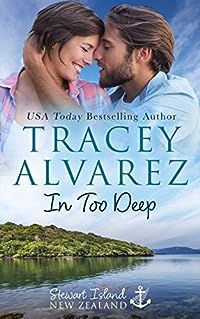 She’s haunted by the ghosts of her past. He broke her heart to save his own.

As an elite police diver tormented by her father’s fatal drowning accident, Piper Harland is forced back to the one place she’d sworn never to return. Her tiny hometown on New Zealand’s isolated Stewart Island hasn’t much changed in the nine years she’s been gone. But she soon comes face to face with everything she ran from — grief, regret, and the scalding pain of a love lost.

The one place Ryan “West” Westlake belongs is a hundred feet below Stewart Island’s dangerous waters with one breath of air and only a line to guide him to the surface. Down deep he can forget his mentor’s death. Down deep he can forget the one woman who seared his heart when she left. Only now she’s back, and as it turns out, he hasn’t forgotten a thing.

Desire and tempers flare when West and Piper cross paths again. Can they face their past and be together? Two hearts. A second chance. Everything on the line…

IN TOO DEEP is the first story in Tracey Alvarez’s best-selling Stewart Island books set against the stunning backdrop of Aotearoa, New Zealand. If you like heartwarming, sexy and sweet small town romances with a touch of comedy, you’ll love sharing the journey with these authentic men and women struggling to find their special someone.

Intended for mature 18+ aged readers who enjoy their feel good romance on the steamier side. 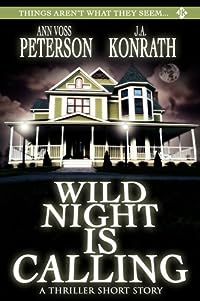 Two teenage girls are picked up by two boys, who invite them back to their place to party.

But an innocent mistake turns the party into a nightmare, where nothing is what it seems…
Wild Night Is Calling is a 6000 word short story by thriller writer J.A. Konrath (Shaken, Trapped) and romantic suspense writer Ann Voss Peterson (A Cop in Her Stocking, Seized By The Sheik).

Peterson wrote the first half. Konrath wrote the second half.

This ebook, specially formatted for Kindle with an active table of contents, also contains an excerpt from Konrath and Peterson’s collaborative spy thriller, FLEE. 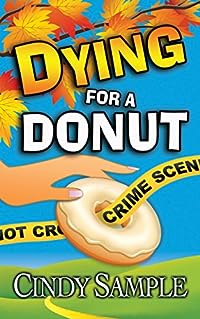 2016 LEFTY AWARD FINALIST BEST HUMOROUS MYSTERY
To Laurel McKay, there is nothing better than spending an autumn afternoon munching on caramel apples and cinnamon donuts. It’s a good thing her daughter Jenna has landed a seasonal job at Apple Tree Farm and Bakery.

Then Laurel stumbles over the bakery owner coated in powdered sugar. Axel Thorson was a well-respected member of the community. Who wanted to sweeten him up?

When the police arrest the heartthrob grandson of the bakery manager, Jenna decides to help him by solving the case herself, a move that lands her in jail. With Laurel’s detective honey in another state, and her octogenarian grandmother threatening to chase down the culprit, what’s a soccer mom with a sweet tooth to do but go undercover.

Detecting among donuts should be a piece of cake, but not if Laurel discovers first-hand that sugar can kill you.