I Did It Again.

Well the pressure is on now. I cooked dinner every night this week and now hubby is expecting it. I really messed up this time. 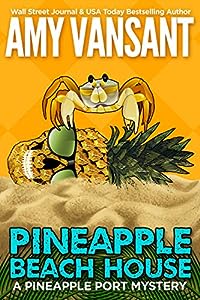 When the Pineapple Port crew pack up a snake-bus and head to North Carolina for a vaction, the Outer Banks will never be the same…

The Pineapple Port crew takes a road trip to the Outer Banks, North Carolina, only to discover “body bits” in their vacation home. The nursing home next door is run by some suspicious characters and one of their residents is missing.

As the bits o’ somebody pile up (and Mariska keeps the neat and safe in a butter dish), amateur sleuth Charlotte Morgan and her friends must solve the murder before a storm blows them all back to Florida!

The Pineapple Port Mystery Series is both sweet and wicked, and always hilarious! Fans of funny mysteries that remain real puzzles to the end will put the Pineapple Port series on their virutal shelves next to Janet Evanovich, Carl Hiaasen and Jana DeLeon. 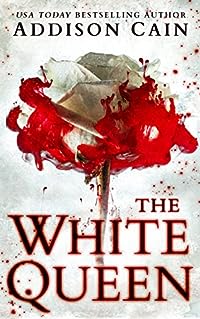 The White Queen
by Addison Cain

The devil owes the Hatter a favor…
… and he knows just what he wants for his prize.

But unless he can corrupt sweet Alice, he cannot claim her — for one cannot steal a soul that isn’t tainted. That is… unless an innocent offers it of her own free will.

THE WHITE QUEEN is a tale of pure horror by USA Today bestselling author Addison Cain. There is no romance, no white knight. For the twisted Hatter lurks in these pages, ready to devour your soul and haunt your dreams. 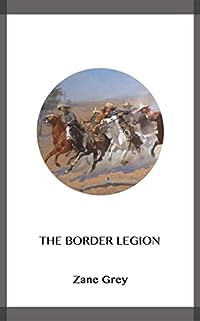 The Border Legion
by Zane Grey

Joan Randle is orphaned on the Idaho frontier when her father is shot. She is raised by her uncle in a frontier town called Hartley, and is the focus of much attention because of her beauty. Jim Cleve is so in love that he sneaks up on Joan and declares his love with a stolen kiss. Joan rejects him, however, and Jim leaves town to become a miner/criminal/road agent. Joan, still too young to know her own mind, has regrets, however, and sets off to find him. That is the start of a wild adventure for Joan. She is kidnapped by outlaw Jack Kells, who also falls for Joan. But the two men are destined to meet. By that time, however, Joan’s is torn by her feelings for the charismatic bandit leader Jack Kells, and her young love, Jim Cleve. 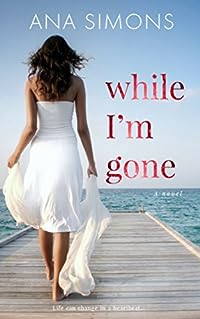 While I’m Gone: A Novel
by Ana Simons

On the surface, Sophie led the perfect life — until she realises she’s been living a lie when her marriage comes to a sudden end.

With all the questions hanging unanswered, she must leave for a two-week work assignment in London. As she juggles her emotions at the airport terminal, Matt observes her, intrigued. When the opportunity to meet her again presents itself, the charming and enigmatic doctor doesn’t shy away and pursues her with everything he has.

Heartbroken and confused, Sophie lets herself dive into an intense affair, a relationship she believes is fated to end as soon as the moment for them to part ways arrives. After all, Matt is just too good to be true and she’s learned her lesson: no one is as they seem. What if behind his determination, he carries secrets that might break her, even more?

But when the unexpected happens and their feelings are put to the ultimate test, will Matt be ready to let her go? Will his hidden story drive them apart or bring them closer together?

For women’s fiction lovers, a poignant and thought-provoking tale of love and loss, life-defining moments and second chances. 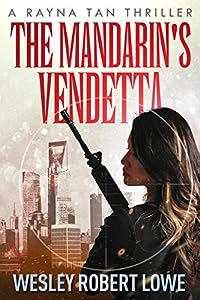 After Corrupt Elites Kill Thousands of School Children, She’ll Stop At Nothing To Bring Them To Justice

When Rayna and the Fidelitas team go to China to administer justice to the corrupt officials and businessmen who caused the deaths and injuries of thousands of schoolchildren, a heinous plot is discovered. One of the perpetrators, bent on revenge against the American system that allowed his son to die of drugs, alcohol and inadequate medical care, plans to kill a million Americans with a deadly new drug.

With the clock ticking, Rayna must identify the location of the manufacturer and destroy the deadly poison. Clandestine intel, Academy Award-level acting and every fiber of her lethal weapon body must be used.

From six-star hotels to the desperate slums of Guangzhou, to North Korea’s secret drug factories and an obscure Buddhist temple, Rayna must outwit and outbattle the deadly Mandarin if she is going to prevent a disaster of apocalyptic proportions.