I think this year in the garden is a learning year. I experimented with potatoes and realized that with such a small bit of land to work with, buying them is much more practical. I also learned that I should never let my onions bloom. Next time I will cut them and let all the energy go to the bulb. Another lesson learned is fertilize your blueberries. Two years ago I moved my three blueberry bushes to the ground and I thought the reason it didn’t produce a lot of berries that year was from the shock of being moved. Turns out I just wasn’t giving it the nutrients it needed because this year I got next to no berries. I think the most important lesson was tomatoes. My family loves tomatoes and I didn’t grow any, and boy did we miss them.  I think with the new job and school starting soon, as well as having already harvested all my summer crops, I am done for the year. I do have pretty high hopes for next year though. I think that one is going to be a great year. 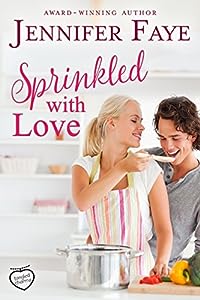 What does one do with a matchmaking cat named Romeo?

Spirited and beautiful, Jillian Parker is one of Marietta’s newest business owners. Still, her mother worries about Jillian’s bare ring finger. So in order to give her mother something else to fuss over, Jillian adopts a cat named Romeo. He turns out to be anything but a docile lap cat.

One snowy night, Romeo makes a break for it. With Jillian right on his heels, they have a near miss with a passing pickup driven by Avery Wainwright, one of Jillian’s closest friends. A rodeo accident has the sexy cowboy returning home to recuperate, and he’s not happy about it.

So when Avery finds himself lassoed into the Bachelor Bake-Off, he turns to the one person who has always helped him out — Jillian. But will teaching him to take chances outside of the show ring have them both discovering that their feelings for each other run much deeper than they ever imagined? 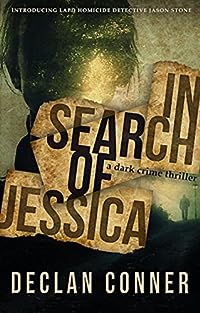 In Search of Jessica
by Declan Conner

Jesse and Jessica shared almost everything as children, except the same birthday. One other thing they couldn’t share was the love of their dad. He had his favorite for reasons best not mentioned.

The family is torn apart when their dad is found murdered with all the traits of a particular twisted MO. A robbery gone wrong, jealous partner in a love triangle, warring neighbors, or someone closer to home? For Logan, the lead detective at the time and now head of LAPD homicide, the answer was and is simple. Jessica was guilty. That’s despite the case having never gone to trial, now gathering dust after fifteen years as his only cold case file of an otherwise illustrious career.

When a murder takes place with a similar MO, detective Jason Stone is allocated the case. He’s a young man on a one-man mission to make a name for himself, and one who will break the rules to get there. Stone believes a mysterious person he dubs the Night Girl holds the key to unraveling the case. But just as he is close to cracking the case, his suspect list grows.

Taken off the case, he goes undercover to continue his investigation. Infatuated, he places Jessica under surveillance to get close. Too close. Someone should tell him to stop chasing a dream, or could end up as the serial killer’s next target. 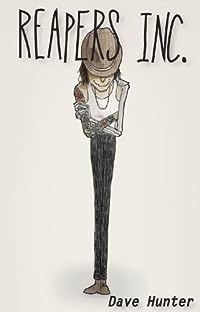 Being a Grim Reaper isn’t the job Hadley Burns thought it would be. It’s actually more fun and less gruesome. Hell, it’s a job that has its benefits.

He was minding his own business when death’s messenger entered his life and offered him a new beginning and a change from his simple existence. In the process, he learns how to cope with all of his new found powers and responsibilities of collecting souls. He will leave a lasting legacy in his wake.

Dave Hunter has created an exciting new character with a different view of the the Grim Reaper as our central character. Book two in this series is now available in Amazon and book three will be coming soon. 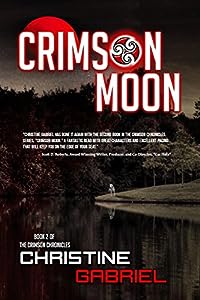 Upon the Crimson Moon, you can expect great strife to follow…

After Angelina survives her nightmarish journey into the Crimson Forest and unlocks its mysteries, she returns home with the knowledge that true magic does, in fact, exist. She now lives happily with the love of her life, Nicolai, and with time has found normality finally returning.

However, nightmares foretelling of the Earth’s demise with the rise of a crimson moon begin to plague Angelina. Nicolai insists that the forest is not to blame, but soon Angelina’s friend Laurana is abducted by a stranger who disappears into the forest with her. To save her friend and discover what the stranger has to do with her nightmares, Angelina must bring herself to return to the place that has already caused her so much misery.

The weight of saving humanity once again rests upon Angelina’s shoulders, but time is swiftly running out. With her companions by her side, she will once again fight to save the world she loves, no matter the cost. 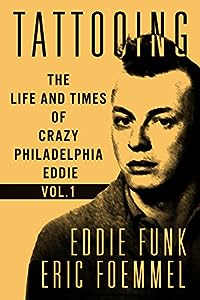 In the summer of 1952, Mr. Eddie Funk was fifteen-years-old and about to begin his life as a young man. Drawn to the excitement of Coney Island, fascinated with the art of tattooing, and intrigued with the lifestyles of the Coney Island tattooers, he knew his place was among these veteran tattoo artists. With his affable personality, his ability to tattoo, his fists, a hammer, and a gaff hook, he quickly established his place in the tattoo industry and was dubbed Crazy Eddie. During his travels from New York to Denmark to Chicago to Hawaii, he always demonstrated why he earned this moniker. After reading this first volume of Eddie’s unique, reckless, and good natured approach to life and tattooing, you will agree that Crazy Eddie is fucking crazy! It is almost certain that you will also view him as a likable and generous man who inherited a rich, cultural practice from the founding fathers of American tattooing. The stories in this first volume chronicle the life and times of a young tattoo artist who will eventually become one of the godfathers of American tattooing. 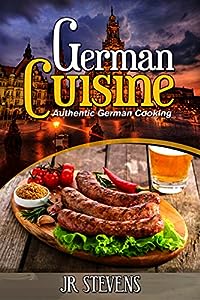 German influence on the American diet, from hamburgers and bratwurst, to jelly doughnuts and cakes, has been enormous. You’ll learn new food preparation and cooking techniques that can be easily adopted for other recipes.