Silence Is Not So Golden

With my sweet ladies temporarily at my friends farm, I can now tackle the horrible chore of getting the rats under control. First things first is cleaning out the coop and run of any and all feed. I didn’t realize just how messy of eaters they were . There is feed everywhere! I am missing my sweet ladies terribly. I hate the silence when I wake up in the morning. After five years of hearing their sweet clucks, there is definitely a void. No Jethro, no chickens. For someone who hates change, this is very uncomfortable. My sweet baby bassets are lucky I am not sitting next to them in school. 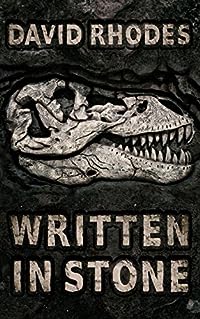 Written In Stone
by David Rhodes

Charles Dawson is trapped 100 million years in the past. Trying to survive from day to day in a world of dinosaurs he devises a plan to change his fate. As he begins to write messages in the soft mud of a nearby stream, he can only hope they will be found by someone who can stop his time travel. Professor Ron Fontana and Professor Ray Taggit, scientists with opposing views, each discover the fossilized messages. While attempting to save Charles, Professor Fontana, his daughter Lauren and their friend Danny are forced to join Taggit and his group of mercenaries. Taggit does not intend to rescue Charles Dawson, but to force Dawson to travel back in time to gather samples for Taggit’s fame and fortune. As the two groups jump through time they find they must work together to make it back alive as this fast-paced thriller climaxes at the very moment the age of dinosaurs is ending.
*Second Edition.

The EDGAR AWARD-WINNING murder mystery series is now available for a KILLER price!
Grab 9 thrilling page-turners for less than an Alexander Hamilton!
Follow the remarkably bold, smart, and refreshingly human New Orleans detective Skip Langdon through the twists and turns of New Orleans–from raucous Mardi Gras to the swampy summertime–at she navigates deadly family secrets, tracks down a serial killer, and delves deep into the mastermind of a psychopath unlike any you’ve ever encountered…

It’s Mardi Gras in New Orleans, and civic leader and socialite Chauncy St. Amant has been crowned Rex, King of Carnival. But his day of glory comes to an abrupt and bloody end when a parade-goer dressed as Dolly Parton guns him down.

What’s the perfect killing field for a murderer? A place where he (or maybe she) can learn your secrets from your own mouth and then make friends over coffee. A supposedly “safe” place where anonymity is the norm. The horror who calls himself The Axeman has figured it out and claimed his territory — he’s cherry-picking his victims in the 12-Step programs of New Orleans.

Skip Langdon just happens to be on hand when Ham Brocato, director if New Orleans Jazzfest, is discovered dead on the kitchen floor in the middle of his own party the evening before the Fest. To complicate the already murky case, the victim’s sixteen-year-old blues musician sister has disappeared, and Skip suspects that if the young woman isn’t the murderer, she’s in mortal danger from the person who is.

It’s a chilly November in 1994, and thirty-one-year-old Geoff Kavanagh surreptitiously splits his time between science fiction novels and cyberspace in his parents’ dilapidated, overgrown, uptown New Orleans mansion. Until his mother finds him dead from a suspicious fall off a ladder. Maybe he should never have posted about seeing his father murdered…

Sugar Hebert arrives home from a ten-minute errand to find her husband shot to death and the rest of her family missing — including her daughter Reed, heir apparent to the Hebert restaurant dynasty, and Reed’s eleven-month-old daughter.

THE KINDNESS OF STRANGERS

Politics makes the strangest bedfellows of all and in New Orleans, a psychopath’s running for mayor. Not just the usual harmless megalomaniac — a murderer and a monster.

Sure, New Orleans is known for corruption, but suddenly the good guys get a break — an honest police chief. And then someone guns him down. When a terrifying organization called The Jury takes out the cop-killer, Detective Skip Langdon’s on the case. And she suspects The Jury’s the brainchild of her old nemesis, self-described preacher Errol Jacomine

It seems Councilwoman Bebe Fortier has misplaced her equally prominent husband, United Oil VP Russell Fortier. Across town, part-time detective/poet Talba Wallis has a simple wish–to find out what Russell Fortier’s disappearance has to do with her. NOPD Detective Skip Langdon soon senses something big starting to unfold, something a lot bigger than a missing husband. Something rooted in corruption, resulting in violence — and motivated by that old demon… desire.

The Rev. Errol Jacomine is crazy as a fox that just ate a loon and more dangerous than a cell full of serial killers. He’s trying to off Detective Skip Langdon, the New Orleans cop who’s twice smashed his criminal endeavors, yet each time he’s managed to slip away. Now he’s mad. In both senses of the word. And he has the connections to have her killed — or worse, those she loves. 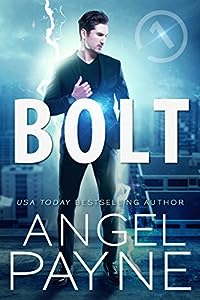 A powerful man… A shocking secret…

Working the night shift at a five-star hotel in downtown Los Angeles, Emmalina Crist has had her fair share of strange encounters. But none of them have prepared her for the experience of meeting the enigmatic Reece Richards.

Emma’s connection with Reece is hot as hell and impossible to ignore, resulting in a night of passion that’s unlike anything she’s ever experienced — but even the man’s magical lips and hands aren’t worth repeating the indiscretion. Sleeping with the boss — especially when he’s one of the world’s most notorious players — is a dire mistake under normal circumstances, but even more so with business booming because of Bolt, the mysterious “superhero” turning downtown LA into a truly supercharged tourist destination.

What if Reece could tell Emma their electric attraction is more than just passionate chemistry? That the superhero she celebrates and the lover she resists are the same man? Reece knows that sharing his secret with Emma means exposing her to the same lunatics who are out to destroy him. Can he take that chance? 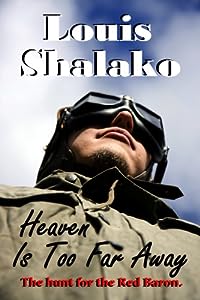 Heaven Is Too Far Away
by Louis Shalako

Funnier than Kelly’s Heroes, darker in places than Catch-22, and more irreverent than M*A*S*H, this satirical WW I Royal Flying Corps memoir will leave the reader in stitches and historians shaking their heads. The most aggressive pilot wins. Lieutenant-Colonel Tucker racks up quite a score, and it’s not just enemy aircraft either, for the tall and heavily decorated Will Tucker. He likes the ladies and they like him. The fact that he flies against the Red Baron and lives to write his memoirs is just a bonus. 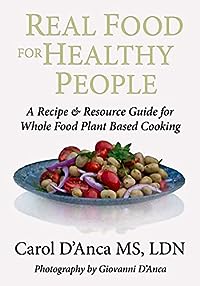 Real Food for Healthy People: A recipe and resource guide
by Carol D’Anca

Carol D’Anca integrative nutritionist and gourmet cook is reinventing whole food plant based cooking and elevating it to a delicious, elegant and healthful cuisine. Her extraordinary recipes and culinary tips have delighted students at her cooking school, “The Academy of Plant Based Cooking and Nutrition” and are now beautifully presented and artfully photographed in this recipe and resource guide.

More than a cookbook, “Real Food for Healthy People” serves as a resource guide for organizing the kitchen, stocking the pantry and learning basic culinary tips that are extremely helpful when preparing a whole food plant based diet.

Carol’s unique combination of her Mediterranean background, clinical nutritional training and gourmet cooking skills makes this distinctive book a go to staple for plant based cooks.