NEW YORK TIMES BESTSELLER From Janet Evanovich, #1 bestselling author of the Stephanie Plum novels, and Lee Goldberg, bestselling author and television writer for Monk, comes the first adventure in an electrifying series featuring an FBI agent who always gets her man, and a fearless con artist who lives for the chase. 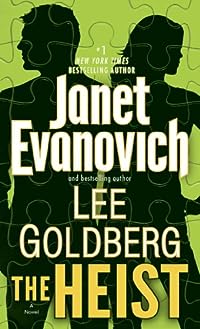 Nicolas Fox is an international con man, famous for running elaborate scams on very rich and powerful people. He knows that the FBI has been hot on his trail for years — particularly FBI Special Agent Kate O’Hare. But just when it seems that Fox has been captured for good, he pulls off his greatest con of all: He convinces the FBI to offer him a job, working side by side with O’Hare.

Their first assignment takes them to the side streets of Berlin, the California desert, and remote Indonesian islands as they team up to catch Derek Griffin, a corrupt investment banker charged with stealing millions from his clients. Finding Griffin on his private island is going to test O’Hare’s patience and Fox’s skill. High-speed chases, pirates, and Toblerone bars are all in a day’s work… if O’Hare and Fox don’t kill each other first.