Hubby might be angry with me. Like super angry. This all might be about the pumpkins I keep buying. He hasn’t said anything about them, and he has been acting normal, but last night he gave himself away. Last night for dinner he served up leftovers. The leftovers I had cooked earlier in the week. You know!! It was the awful crock pot chicken dinner I cooked that was so dry and horrible I had nightmares about it. I tried to play it cool and I ate it. I wondered if it wasn’t just easier to have the fight about the pumpkins or just take the punishment and eat the dry chicken. I don’t feel that great today. It could be the chicken. I might have to buy a few little pumpkins to make myself feel better. I will be sure to order pizza tonight though. 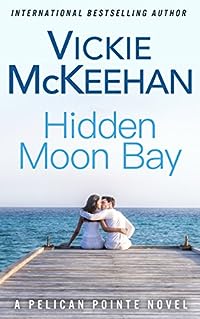 Fleeing into the night along a dark coastal road, Hayden Ryan is determined to grab hold of a new life, free of the clutches of a ruthless Russian mobster — her former boss. But when she meets the ruggedly handsome deputy sheriff of sleepy Pelican Pointe, starting over grows ever more complicated. Fighting for freedom, yet trapped between a suspicious cop and a burning desire to be with him, can she survive with a price on her head? 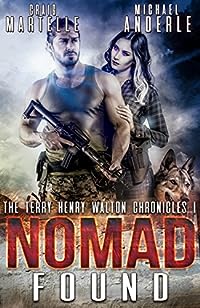 They say that behind every great man is a great woman… but what if that woman is a Werewolf?

It’s been twenty years since the fall, the destruction the world brought on itself.

Can Terry Henry Walton, enhanced as he is, help bring civilization back as he seeks to atone for previous actions?

By protecting and nurturing the ones with the knowledge. Terry Henry Walton begins building his Force de Guerre, a paramilitary group that will secure this new world from those who would take and destroy.

When the enemies of peace appear before the FDG is ready, Terry partners with a werewolf to fight a battle that he must win.

Set in the Kurtherian Gambit Universe, Nomad Found begins the Terry Henry Walton Chronicles, the time between the WWDE and the return of Michael to earth. 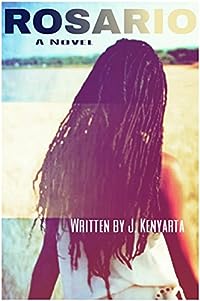 This morning, Los Angeles high school teacher Mia Keys woke up believing it would be a day like every other – safe, yet predictable. She was wrong.

After her fiancé is kidnapped by a callous Argentine crime-family, Mia embarks on a journey that takes her thousands of miles away from the comforts of her Pacific Coast living to the disadvantaged slums of Rosario, Argentina where she is forced to turn into the weapon she had tried so desperately not to become. 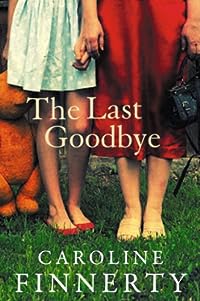 The Last Goodbye
by Caroline Finnerty

Sometimes the decisions we make can last a lifetime… and sometimes we cannot shake off the shackles of decisions made by others in the past.

Kate Flynn has spent her whole life running away. She reckons the best decision she ever made was to leave Ireland the day after she finished school. Having seldom returned since, she would be perfectly happy if she never had to go back there. She is happy in London where she runs a successful photography gallery with her best friend Nat, though their relationship is going through a rocky patch since Nat began an affair with a married man.

When Kate becomes pregnant and her partner Ben persuades her to make the trip home, she is forced to confront everything she left behind and memories of Eva, the mother she feels betrayed her. Kate finds it impossible to forgive Eva who chose to refuse cancer treatment while pregnant and died, leaving a young family motherless.

Do some wounds go too deep to ever heal? Must Eva’s Choice forever deny Kate real happiness?

The Last Goodbye is a powerful story of love and loss, forgiveness and new beginnings – a heart-wrenching and emotional page-turner for mothers and daughters everywhere. 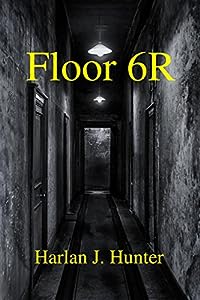 Life can be as slippery as brown motor oil on melting ice when making decisions that can change our lives forever. Do you remember any decisions like that? Perhaps it was the day you didn’t buckle your seat belt because you were just going down to the corner fast food restaurant. Maybe it was when you replied to a text while you were driving and your eyes danced back and forth from the road to your phone. Did your life change that cold rainy night while you were driving and a fast approaching traffic light turned yellow? You pulled the trigger and punched the gas pedal in your car which made you feel like a bullet rifling down a gun barrel to speed through the light not seeing the other car pulling out of the gas station?

All of the above scenarios involve making decisions. In many cases, we have time to ponder over what decisions we will make; however, we also find ourselves every day making split second decisions. These snap decisions are made as fast as a tripped mousetrap and can have the biggest impact on our lives in either a positive or a negative way. Important decisions can be good or bad and run hot and cold like a hot water tank after a 10-minute shower.

I also acknowledge that we live in a cold random universe in which each one of us lives in a sea of variables. Taking away this randomness brings us back to the endless decisions we make that can change our lives forever. That happened numerous times at an old hotel in South Florida. The Palm Tree Inn is a beautiful and charming hotel that was built in 1923. Recently there have been several unexplained disappearances of some of the hotel’s guests. What caused these people to vanish without a trace like in some magic act with a big gray puff of smoke? Where did they go? How did their families cope with these painful circumstances?

All that it takes to start the chain reaction or domino effect in the story is making a wrong snap decision, a hotel elevator, a spooky hotel floor that hasn’t been used for years, and an old dark exit stairway that leads to more than the outside. A teenager and her younger sister uncover clues that tie everything together, preventing the needless loss of life at the hotel. Their actions are amusing, unforeseeable, and even change the course of history.

The intriguing story, with its compelling characters, has enough mystery and suspense to keep you turning the pages. The twists and turns in the book will make you think beyond the strong boundaries entrenched in our minds which can be like rusty steel fencing around an old graveyard. Everyone enjoys a little mystery in life so put your reality on the back burner for a few hours and let your imagination be captivated while you take an unpredictable journey into the unknown. You will be laughing in one chapter and crying in the next. The guests at the Palm Tree Inn who made the wrong decision of stepping onto floor 6R know what day their life changed forever. ?