I am pretty sure I have mentioned this before, but I think my cat is trying to brainwash my oldest basset. No joke. Every morning, after kitty has his breakfast, he makes his way to my son’s room and sits with his face right up on my son’s ear. Every morning. My son is always fast asleep, but he has a little smile on his face. When my son wakes up he gives Sinny treats and goes and prays to the cat gods. Okay, that last thing is a bit of a lie. He just grabs him and squishes him a bunch. He doesn’t love him enough to clean that cat box though. Maybe if I bribe the cat with treats and catnip to brainwash the kid into wanting to clean the little box we could really have ourselves a good system. I am going to revisit that pet psychic thing. 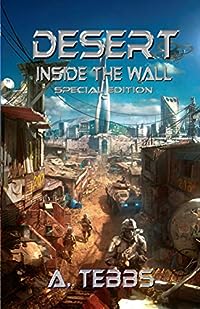 Desert 1: Inside the Wall
by A. Tebbs

Questions can be dangerous…
Seventeen-year-old Alysse’s senior year was stressful enough with exams, a harpy teacher, and a long time crush falling for her best friend Tori.

When Alysse starts questioning what she’s taught about the enemy living right outside the city walls, she ends up facing guerillas, a seismic bomb, and a genocidal plot that could spark a war. Alysse must decide who to trust as she and her friend Pete ask questions everyone else avoids. Probably because everyone else is afraid of the answers.

And they should be…

“Inside the Wall by A. Tebbs is a fun and action-filled dystopian YA novel that really packs a punch! If you enjoyed The Hunger Games or The Divergent Series, you will love this one!” –Erica, Robyn Reads

Rated T for teens and above 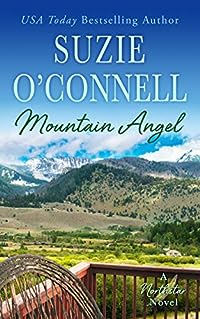 A strong-willed woman, a heart-weary deputy, and a cozy mountain cabin. What could possibly go wrong… or right? Aelissm Davis and Pat O’Neil are about to find out.

A talented crafter in a male-dominated field, Aelissm is perfectly capable of managing her own affairs, but when it comes to an obsessive friend, she may be in over her head. When returning home to Northstar doesn’t get her point across, she swallows her pride and calls in reinforcements. Unfortunately, her meddling uncle’s solution — send his best deputy “on vacation” to protect her — could be an even bigger complication. With sad eyes and a gentle heart, Deputy O’Neil is definitely that.

For three years, Pat has buried himself in his work to get past a violent relationship, and it hasn’t done him any good. Maybe this assignment to protect his boss’s niece will give him the perspective he needs. Aelissm is an irresistible breath of fresh mountain air and like no woman he’s ever met, but as his heart learns how to breathe again, her past entwines with his and trouble comes knocking. Will she let him do his job, or will her stubborn independence put them both in danger?

A NOTE ON THE CONTENT: The Northstar books are contemporary romances and contain some profanity and sensual scenes that may not be suitable for sensitive readers. 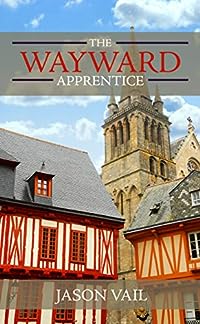 Stephen Attebrook, a crippled knight facing poverty and ruin, seems condemned to a quiet life when he takes a position as deputy coroner in the small town of Ludlow.

But instead, he plunges into a web of murder and intrigue.

A death Attebrook rules an accidental drowning turns out to be a murder, and he must find the killer with little evidence pointing the way.

Then a commission to return a runaway apprentice pitches him into the midst of a conflict between a rebellious earl and King Henry III that is about to erupt into civil war.

Caught up in the twilight struggle among spies readying for war, Attebrook races to defend the apprentice against a charge of murder while dodging killers in the employ of one of the factions.
Thirteenth century England has never been brought more vividly to life than in the pages of The Wayward Apprentice. 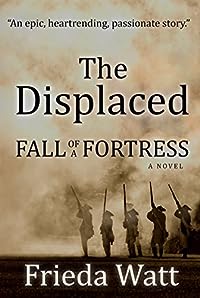 The Displaced: Fall of a Fortress — A Classic Historical Fiction Novel: Volume 1 of 3
by Frieda Watt

Stranded in a besieged fortress, can a strong refugee woman survive and fight for her true love? Canadian Author Frieda Watt transports us into the barbaric world of 18th century colonial America where treachory, murder, and rival armies fight violent turf wars in Volume One of her epic new series, The Displaced: Fall of a Fortress.

In 1744, the mortar in the walls of Louisbourg fortress is still wet as Britain advances to conquer this new French city, its citizens both protected and imprisoned by its massive stone ramparts.

Torn between clashing empires and contentious families, Marie Lévesque fights to find a place in the unforgiving frontier of Canada. As a young woman, her life is just beginning. Her friendship with Pierre promises of something more. But their lives and the doomed fortress of Louisbourg are caught in the cross-hairs of the British navy, who promise to annihilate not only them but also their very way of life.

As empires collide, Marie and Pierre are catapulted into a world they do not understand — a world of spies, treason, and revenge. They must fight not only to survive the war, but also to stay together despite the forces that threaten to tear them apart forever.

This beautifully written, epic work of historical literary fiction, with the same feel as Outlander, is a must-read for any lover of historical fiction. The Displaced: Fall of a Fortress tells the story of ordinary people as they try to survive as French rule crumbles in Canada. 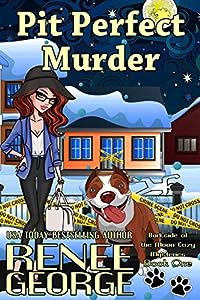 When cougar-shifter Lily Mason moves to Moonrise, Missouri, she wishes for only three things from the town and its human population… to find a job, to find a place to live, and to live as a human, not a therianthrope.
Lily gets more than she bargains for when a rescue pit bull named Smooshie rescues her from an oncoming car, and it’s love at first sight. Thanks to Smooshie, Lily’s first two wishes are granted by Parker Knowles, the owner of the Pit Bull Rescue center, who offers her a job at the shelter and the room over his garage for rent.

Lily’s new life as an integrator is threatened when Smooshie finds Katherine Kapersky, the local church choir leader and head of the town council, dead in the field behind the rescue center. Unfortunately, there are more suspects than mourners for the elderly town leader. Can Lily keep her less-than-human status under wraps? Or will the killer, who has pulled off a nearly Pit Perfect murder, expose her to keep Lily and her dog from digging up the truth?

Fall in love with Lily Mason, the shifter who only wants to live as a human, and her pit bull Smooshie, a rescue dog who in the end may be the one doing the rescuing!

Book 1 of the Barkside of the Moon Mysteries from USA Today bestselling paranormal cozy mystery author Renee George, is an exciting tale of mystery and suspense that will have you on the edge of your seat. A clean read full of humor and small town charm, mystery, and even a little romance.