No Time To Waste

My friend told me I have to stop playing Kid’s Bop music for my baby bassets, so I moved on to Metallica and AC/DC. Alright kids! It’s time to grow up RIGHT NOW!! 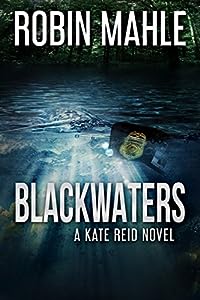 The devastating blow suffered by the close-knit FBI team means the time has arrived for Kate Reid to come out of the shadow of her mentor and take the reins. A lead in the Blackwater investigation arises and Kate is the one who must follow it, but without Special Agent Nick Scarborough at her side. Turmoil within the FBI forces Nick to defend his actions and fight for his career.

Meanwhile, the bodies continue to turn up in the black water rivers of northern Florida, and jurisdictional lines are blurred when the FBI’s Atlanta office tries to take command.

While following up on her lead, Kate soon finds herself on the brink of an important breakthrough in the investigation — one that could bring her face to face with the Blackwater Killer. Without her team by her side, how will the rookie federal agent find a way out?

In this installment, Robin Mahle proves once again that Kate Reid is a woman who will stop at nothing to find the truth and the twists and turns will keep her readers clamoring for more. 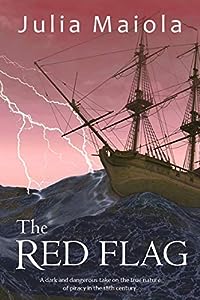 The Red Flag
by Julia Maiola

Captain Stephen Boswell sails under the red flag, a symbol of no mercy. It’s the only reason he has lived this long. The only reason the navy has not found him yet. But they are closing in. And if they catch him, they will execute him for piracy.

Ten-year-old Alice Bradford doesn’t know why she is alive. When Captain Boswell found her hiding on his ship, she expected him to kill her, and it seemed his own crew had expected likewise. But now she is his prisoner and she fears that she will be forever. Somehow, though, it seems that the captain might be more afraid of the navy than she is of him. Something from his past has him ill at ease, Alice realizes. Even if the navy cannot bring him to his knees, his own paranoia will.

A gripping, fast-paced story about one of the last pirates of the Golden Age of Piracy and his fight for survival. 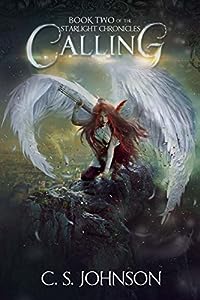 I found every layer of myself chiseled away, the blackened cynicism of my heart breaking open and oozing the kind of fear which only stems from the deepest sort of longing. “Don’t leave me.”

And then I kissed her.

As if Hamilton Dinger needs any more frustration at the moment. Not only has he accepted his duty as a Starlight defender, he’s got swim meets to prepare for, his little brother to babysit, and an annoying new girl in his class. Plus he’s got his ‘mentor’ dragon, Elysian, on his back every chance he gets, and his ‘co-defender,’ Starry Knight, urging him to quit the superhero business after every battle.

As the Seven Deadly Sinisters and their leader, Orpheus, search for new ways to gather power, Ham finds both betrayal and friendship in unexpected places. Desperately searching for a way he can get stronger, he finds his own inner struggles costing him the most as he attempts to keep the rest of the city safe.

Will Hamilton realize his potential in the power of trust? Will he be able make peace with Starry Knight, or will their quarrels be the downfall of them both? 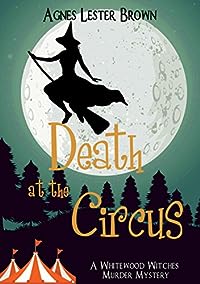 Instead of bringing joy and entertainment to Fennelmoore, the arrival of the Blackwood Circus casts a dark shadow over the picturesque town that is home to the Whitewood Witches. Not all is well at the circus, and before long a grisly murder places an array of colorful, exotic circus artists under suspicion. Gutsy Lori Whitewood has to navigate a dense web of deception, revenge and score settling to catch the murderer. Will her magic skills be enough to protect her from a remorseless and ruthless killer who’ll stop at nothing to protect his identity? Will she be able to set her emotions aside and let justice prevail when confronted with impossible choices? 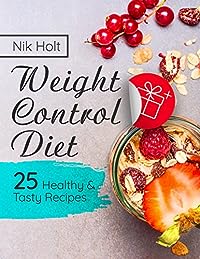 Everyone probably heard the popular opinion that useful products simply can not be tasty. Someone who is seriously concerned about his health or trying to lose weight often expressly try to eat only flavorless and the same food. In this book I can show you how to break this stereotype. Book starts with dietary breakfasts. Here you will find recipes for dietary breakfasts for all tastes and you will be able to understand that taste qualities of useful dishes can be even better than any familiar dish. A variety of offers will allow you to pamper yourself with new dietary breakfasts every day!
A light lunch can be cooked even at lunchtime, when there is a little free hours for cooking. All people know how important to follow the diet, do not forget about the liquid dishes and nutrient dishes after liquid. After you look at recipes for easy lunch meals in this book, you will get opportunity to see how easy is to eat right. Light lunch can make you not hungry, but does not contain an excess of calories, so it does not make you sleepy and allows you to continue active work until the evening. Soup can be made by simple recipe. You can use such products as vegetables, chicken, fish, cheese or milk. For main course, it is not necessary to make cutlets or stew. Anyone can quickly cut the salad and fill it with vegetable oil or low-fat sour cream. Frozen vegetables, eggs or sausages are also suitable for the lunch. Apple or sweet orange juice will be good completion of light dinner.