So I started exercising again. Nothing crazy, just a little bit on the treadmill and a few sit-up and squats. No more crazy Crossfit or Olympic Lifting. I loved doing both, that is until I hated doing both. All of the sudden I didn’t want to exercise anymore and just stopped. I might have even had a temper tantrum quietly to myself about it. I took the Summer off and I was feeling it was time to get back in the game. I feel like poop. I just remembered why I hate exercising. It makes me feel like poop all the time. My body aches, my muscles cry, and I am exhausted. How on Earth is this good for me? This is why I hate exercise!! It makes me feel bad. I will do it again, just to be sure, but I never feel as bad as when I am consistently exercising. I might be allergic. 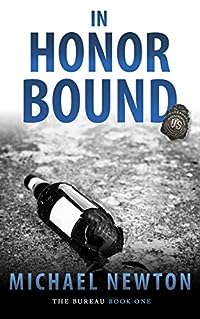 In Honor Bound: An FBI Crime Thriller (The Bureau Book 1)
by Michael Newton

In 1917, three law school graduates are on their way to register for the draft in World War I. En route to the recruiting office, they meet classmate J. Edgar Hoover, who invites them all to join him in the U.S. Department of Justice, thereby serving their country without facing death in the trenches. Two — Aloysius Gantt and Declan O’Hara — agree, while the third, Gregory Jordan, goes on to join the U.S. Marines.

On the home front, Gantt and O’Hara join in roundups of suspected draft dodgers and later, while Jordan is hospitalized for wounds suffered at Belleau Wood, they follow Hoover’s lead into the Palmer raids, deporting alleged alien radicals to Russia. 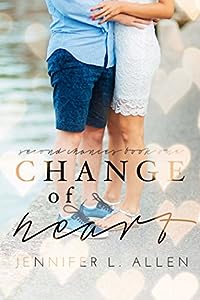 Casey Evans and Decker Abrams had been best friends since they became neighbors at the age of six. After high school, Casey abruptly leaves their hometown of Charleston, South Carolina for the west coast, leaving Decker wondering where she went and why she left.

Three years later the two are reunited, both harboring some old resentment towards the other. Not to mention, Casey has been hiding a pretty big secret from Decker all those years. Not willing to risk losing Casey again, Decker follows her back to California in an attempt to save their friendship.

Will Casey and Decker work out their issues and be best friends again? Or will they finally become something more?

Change of Heart is the first book in the Second Chances series. Each book can be read as a standalone, but it is recommended that they are read in order. 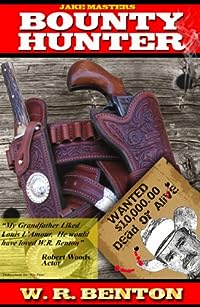 From the Author of ‘War Paint’ & ‘Nate Grisham’
Ex-Confederate Colonel Jake Masters became a bounty hunter following four years of bloody conflict, because all he knew was how to kill. After an Arizona bank robbery turns bad and people die, the robbers turn south into Mexico, thinking they’ve made a clean getaway. Little do they know, Jake Masters, a bounty hunter who never fails to get a man he’s after, is on their trail and he’s determined to bring them in… dead or alive. In the Sonoran Desert, hot on the path of the outlaws, Jake meets a beautiful but injured woman, the lone survivor of a vicious Apache massacre. She must come with him or risk crossing the scorching desert alone.

The outlaws, reduced in numbers by Jake to only two men, pull off a successful gold heist in Mexico, and then run with their newly gained riches to Saint Louis. The action never slows down in this western tale of the hunter and the hunted, because Jake Masters doesn’t know the meaning of the word quit. 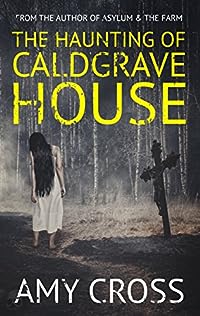 The Haunting of Caldgrave House
by Amy Cross

“Stay close to me, Hugo. I’ve seen enough horror films to know the dog always gets it.”

Moving to the English countryside with her parents, Maisie immediately takes a dislike to their new home. Old, crumbling and covered in rotting moss, Caldgrave House is about as welcoming as its name suggests. But as she tries to get used to her new surroundings, Maisie at least has someone to keep her company.

Unfortunately for Hugo, he’s already begun to notice some strange things at the house. Who are the mysterious scentless figures who seem to move around unseen by the others? Why does a broken-jawed woman keep going into Maisie’s bedroom? Who buried a copy of the Bible in the garden, with some of its pages turned upside down? And what is the cause of an ear-piercing scream that sometimes rings out at night when everyone else is asleep?

Before long, Maisie and Hugo find themselves trapped by the house’s vengeful spirits. Something awful once happened at Caldgrave House, something that left long-lasting echoes. And now an evil force is stirring in the basement, preparing to claim its next victim.

Expanded from the original short story, THE HAUNTING OF CALDGRAVE HOUSE is a horror novel about one girl and her dog, and about a vengeful spirit that has waited patiently for its next chance to feed. 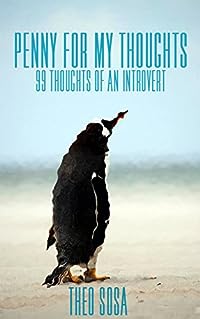 Penny For My Thoughts: 99 Thoughts of an Introvert
by Theo Sosa

Being introverted is quite an experience and until now it was an experience I couldn’t really share with others. These are some thoughts and jokes about being an introvert that I know you’ll enjoy.