On The Edge Of A Wing

My BFF and I are so close that we even rush our fur babies to the vet at the same time for life threatening emergencies. Hmmph. That doesn’t sound like a whole lot of fun does it? I would much have preferred something like finishing each other’s sentences or maybe accidental buying the same David Hasselhoff sweatshirt. While she was on the phone with me telling me that her pup had collapsed while on a walk, I was noticing that my sweet cat Sinny was acting extremely strange. Quite a few dollars later that night we were both on the phone again with each other and neither of us had any answers as to what was going on with out little critters. I forgot to ask if she bought the same gallon of ice cream last night to drown our worries in? 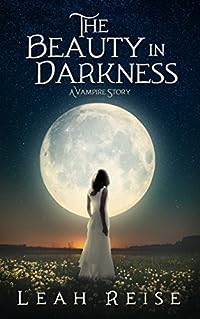 The Beauty in Darkness: A Vampire Story
by Leah Reise

On the night of her twenty-ninth birthday, Edrea is brutally murdered. She awakens in her San Francisco studio as a bloodthirsty vampire with no memory of her death. Now undead and with newfound immortal powers, she fights to hold onto her humanity in the face of great darkness. In a seemingly interconnected reality, her guilt-stricken mortal sister, Rena, embarks on a dangerous quest in search of Edrea, whom is believed is merely “missing.”

As they follow their individual roads through life and the un-death, Edrea and Rena learn not only that their sisterly bond is stronger than they thought, but also that their family shares a dark secret that connects both of them to a mysterious quantum world.

This not-so-ordinary vampire tale will draw you into a journey of love, loss and self-discovery, and intrigue you with a scientific and philosophical theme that will keep you wondering until the end… and maybe even after that. 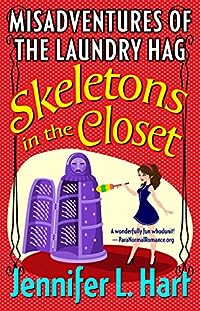 Maggie Phillips hasn’t had it easy. As the wife of retired Navy SEAL, and the adoptive mother of two little hellions, Maggie is constantly looking for ways to improve her family’s financial situation. She accepts a cleaning position for her new neighbors (who redefine the term ‘eccentric’), never imagining she will end up as the sole alibi for a man with a fascination for medieval torture devices when he is brought up on murder charges.

While Maggie struggles to prove the man’s innocence, her deadbeat brother arrives, determined to sell Maggie and Neil on his next great scheme and to mooch with a vengeance. If that isn’t bad enough, her in-laws, (the cut-throat corporate attorneys) descend on the house, armed with disapproval and condemnation, for the family’s annual Thanksgiving celebration.

As the police investigation intensifies, Maggie searches for the killer among the upper echelon of Hudson, Massachusetts in the only way she can — by scrubbing their thrones.

Of the porcelain variety, that is… 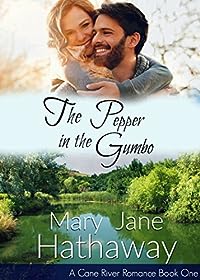 Alice Augustine runs the oldest bookstore in the historic district of Natchitoches and believes technology is the root of most problems. If only more people would turn off the Tv and shut down the computer, the world wouldn’t be in the mess it’s in. She wishes she could get the teens she loves to step away from the screens and hold on to their Creole culture. The only person who seems to understand her passion for classic literature is the mysterious website owner, Browning Wordsworth Keats.

Paul Olivier comes back to his home town determined to show the people of Cane River that he’s not the poor, nerdy kid he once was. He’s made a fortune designing video games and opening a giant electronics store right in the snooty historic district will be the crowning glory of his career. Unfortunately, one bookish anti-tech fanatic has decided to do everything she can to keep that from happening. Even worse, she doesn’t know that in cyber space, they’re kindred spirits.

Alice and Paul clash from the start, but nothing is ever quite as it seems. When secrets are revealed, will there be a second chance- for both of them?
A romance that brings the humor of You’ve Got Mail and the deep friendships of 84, Charing Cross Road, this romance will touch the classic literature lover in everyone. 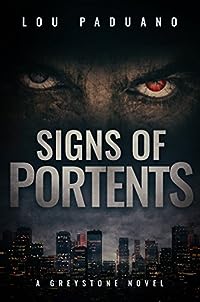 Portents is a city like no other — and one that Detective Greg Loren can’t wait to escape. Since his wife’s death years earlier, Loren has looked forward to the moment he can leave the city of Portents for good — and never look back.

But fate has another plan for Loren. Called back to duty, Loren finds himself embroiled in a series of murders that has shaken the city. Together with Soriya Greystone, a young woman with unearthly powers, Loren must work quickly to find the otherworldly being that is killing citizens of Portents one at a time. Loren is tasked with deciphering the mysterious signs left at each of the crime scenes… even if it means traveling to worlds not his own to do so.

Fast-paced and thrilling, Lou Paduano’s debut novel Signs of Portents will leave you on the edge of your seat and turning page after page. 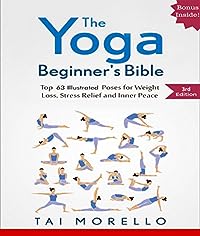 Discover why Robert Downey Jr, Jennifer Aniston, and Russel Brand all set aside time off their busy schedules to engage in the life-changing practice of Yoga.

NOW IN THIRD EDITION WITH OVER 60 POSES AND SAMPLE SEQUENCES TO HELP YOU GET STARTED!

Do you sometimes feel stressed, anxious, lonely and depressed? Are you always up in your head, constantly dwelling on the past and worrying about the future? Do you want to live a more productive, stress-free and happier life? If so, then you’ve come to the right place.

With The Yoga Beginner’s Bible, you will embark on an inner journey that will take you back to the state of peace, joy and happiness you were born to inhabit.

From the outside yoga can seem like an esoteric, mystical endeavor exclusively reserved to Tibetan monks and spiritual adepts. This could not be further from the truth. Yoga is not only accessible to anyone, it is easy to learn if you have the right mindset and the benefits are only a few minutes away.

In fact, several studies have conformed that a single yoga class for inpatients at a psychiatric hospital had the ability to significantly reduce tension, anxiety, depression, anger, hostility, and fatigue.

In The Yoga Beginner’s Bible you will find out :

• The top 63 poses you must know as a beginner
• What Yoga really is
• How to turn Yoga into a habit
• How to Meditate
• The Benefits of Yoga
• And Much more!

If your yoga efforts have been frustrating in the past, don’t worry. This book will take you by the hand and show you step-by-step how to develop a life-changing yoga practice.

This book will tell you everything you need to know about yoga so that you can get started right away!