One Two, A Pumpkin For You

Hubby didn’t notice that I added two more very large pumpkins to the front yard. I was prepared for him to say I shouldn’t buy so many pumpkins each year, but he didn’t say a thing. It’s kinda a shame because I knew exactly what I was going to say. “It wasn’t me.” That right there is a solid argument. The fact that there is video of me taking the pumpkins out of my car, putting them in my front yard, and laughing maniacally, is still no match for “It wasn’t me”. At least in my world it isn’t.  Maybe hubby has his own plan in motion. Maybe he has a plan to get back at me. Alright then. I will ease up on the pumpkins for now. BUT THIS IS NOT OVER! 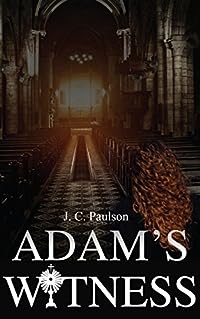 Where Does Justice End And Vengeance Begin?

When newspaper reporter Grace Rampling stumbles onto a grisly crime scene while on a routine weekend assignment, she abruptly finds herself at the centre of a police investigation into the death of a Catholic bishop.

As the investigation unfolds, evidence points to a troubling hate crime as Grace finds herself central to the case – not only as a key witness, but a suspect and even potential victim. Lead investigator Detective Sergeant Adam Davis is thrown by the fierce attraction he feels toward Grace that, if acted upon, could throw the entire case into jeopardy.

With Grace at risk and off limits, Adam races to unravel an increasingly disturbing mystery, while he struggles to both protect and resist the woman of his dreams.

A swirling thrill ride through the labyrinth of a mystery, romance, crime and a gripping conclusion that no one will see coming. 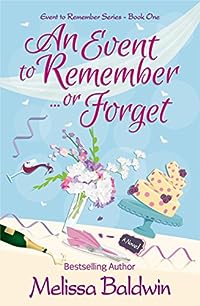 Sienna Harris is a girl with a plan. Her days of slaving away at Carrie’s Classic Events and More are numbered as she is on the brink of launching her own event planning company. Her relationship with Luke Price is headed in the right direction and they are approaching their one-year mark. The future is looking bright and she knows that life could not get any better… That is until her perfectly planned world is thrown upside down by the unexpected arrival of someone from Luke’s past.
She receives the shock of her life on the night of the biggest event of her career. Sienna will now have to pull it all together without a list or a plan. The question is, can she do it? 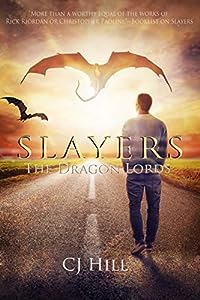 A spy’s life is never safe.

Tori knew that sending Aaron to Overdrake to act as a mole would have its risks. Overdrake might find out the truth about Aaron’s intentions — or even worse, convince Aaron that his revolution is necessary.

The rest of the Slayers are less than enthusiastic about Tori and Aaron’s decision. If Aaron switches sides, they’ll have to contend with three dragons during an attack — odds that will certainly doom them. Tori, however, is positive they can trust Aaron. Trusting Dirk is another matter. He’s still convinced that if he shows Tori what dragons are truly like, he’ll trigger her dragon lord side. And he’s not wrong.

Tori knows that learning how to control dragons may be the key to saving her friends, but the more time she spends with them, the more she wants to save them, not kill them. When the next face-off comes, choosing sides isn’t as easy as it used to be. 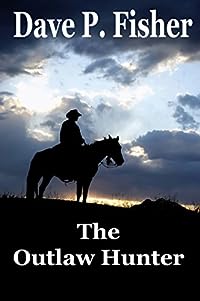 Eli Warren didn’t consider himself a bounty hunter. He hunted outlaws like some men hunted wolves or mountain lions. The bounties he collected were simply payments rendered to a workman, and he was a man good at his work.
Under Eli’s flint-hard exterior, that was merciless to outlaws, ran a wide streak of kindness that showed itself the day he picked up a starving orphan in Dodge City and took him along. He soon learned that the twelve-year-old Rob Slater harbored a common intent with him – to run down the elusive Parson gang. He for the $10,000 reward, and Rob, because Jude Parson had murdered his folks. Rob asked Eli to teach him the trade so one day he could look Jude Parson in the eye and square things with the killer.
Under Eli’s tutorage the two came to turn the outlaw world on its ear until the day Eli honored his brother’s dying request and took his young daughter into his care touching off a series of unexpected changes that would forever mold their futures. 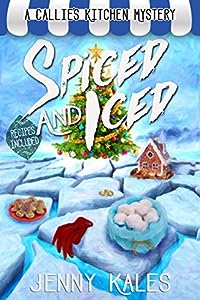 The holidays can be murder! Greek-American restaurateur Callie Costas finds herself on thin ice when a colleague is killed. Recipes included!

The season is bright when Calliope “Callie” Costas agrees to contribute her Greek snowball cookies to a December bridal shower at The English Country Inn in the scenic waterfront town of Crystal Bay, WI. But when Callie finds a colleague dead, she’s sucked into another murder investigation — all while juggling her growing business and staggering holiday workload.

As she reluctantly agrees to help the Inn’s owner track the killer, Callie is soon up to her spiced Greek biscotti in difficulties. For one thing, the hotel staff is freezing her out as she tries to uncover information, helped by her feisty Grandma Viv and her sweet but nosy aunt who’s visiting from Greece. And then there’s her deepening relationship with the suave and mysterious Detective Sands, a British expat now living in Wisconsin, who seems to have a few secrets of his own.

The icing on the cake is a host of simultaneous family mayhem including her father’s surprising fixation on a real estate agent and her ex’s plans to move back to Crystal Bay. As the Inn’s annual Christmas Tea approaches, things are heating up in Callie’s Kitchen, but she’s on thin ice! Will Christmas be a festive celebration this year – or will it be murder?

Turn to the end of the book for six delicious recipes, including Greek cookies and savories, plus traditional Midwestern holiday favorites!