With riveting plots and fascinating characters, author Chadwick Wall’s novels are very enjoyable reads not to be missed. What he does best is showing the character’s gradual transformation throughout the book making for very intriguing reads. Enjoy! 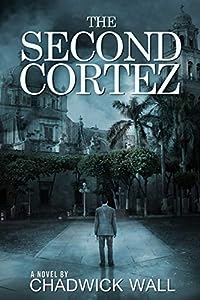 The Second Cortez
by Chadwick Wall

In the seaside colonial city of Veracruz, Mexico, thirty-two-year-old literature professor Nicolás Nolano lives a life of ease and pleasure — and he strives to keep it that way. Though his district attorney brother has joined both the folk healer who raised them and a powerful priest in publicly crusading against the Segundo Cortez cartel, Nicolás refuses their attempts to get him involved. When two days of atrocities terrorize Veracruz, where the police and government are allied with Segundo Cortez, Nicolás must decide if he will make his stand at last.
From the coastal boardwalk and cobblestone plazas of Veracruz, to the Arizona desert and streets of Santa Fe, to the northern Rockies and lakeshore towns of Montana, Nicolás endures a journey he would have never imagined.
As Segundo Cortez grows by the day — murdering with reckless abandon — Nicolás is met with a monumental dilemma. Will he choose between suicidal vengeance and fighting for his beloved hometown, or pursuing a life among close friends and his newfound true love?
One thing is certain: Nicolás is set to encounter the greatest surprises of his life. 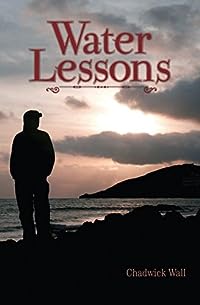 Ignoring his father’s warning, Jim Scoresby rides out Hurricane Katrina in his grandfather’s house in New Orleans. Soon rising waters strand Jim and his aging friend, Freddy Beasley. As they wait for rescue, Jim wishes his own father would believe in him the way Freddy does. A fierce argument followed by a gut-wrenching discovery send Jim north to rebuild his life and to prove his father wrong. From New Hampshire, to Boston’s historic neighborhoods, to Maine and Cape Cod, Jim throws himself into New England life, while learning to appreciate the New Orleans culture he left behind. After his charismatic boss, Commodore Walter Henretty, introduces Jim to his beautiful but spoiled daughter, Jim’s life — and his heart — seem to be on the mend. As their friendship deepens, Walter imparts much-needed wisdom, yet Jim is haunted by memories of Katrina and by another storm, the one raging within him. While on several sailing expeditions with the Commodore, Jim discovers an unpleasant truth about himself: a newfound fear of open waters. When the seas turn rougher than expected, it is only through relying on his own courage that Jim learns the most valuable lesson of his life.