USA Today bestselling author Loretta Lost writes to experience all the love and excitement that can often be lacking from real life. She finds it therapeutic to explore her issues through the eyes of a different person. Loretta does an excellent job of keeping the threads of her stories spread apart until they snap together in a web that a spider couldn’t have woven better. Enjoy! 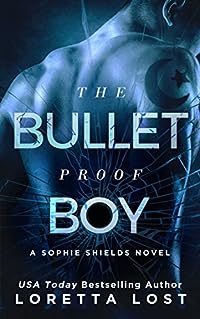 He has everything a man could want, but has lost the only thing he ever needed…
Fighting his way to the top, Cole Hunter has built the successful architectural firm he dreamed of all his life. But after a recent brush with death, Cole realizes what really matters to him and shifts his priorities. He is furious with the woman he loves for abandoning him, and he is willing to give up everything–his company, his friends, his fame–just to give her a taste of her own medicine.
But his revenge has unexpected consequences…

A life-threatening journey into the Nevada desert holds many discoveries for Sophie, including an emotional reunion.
At twenty-seven, she is given the opportunity to meet her biological family for the first time. But an innocent woman has been killed by the same monster who shot her brother, and she feels compelled to help bring her justice. For the first time, Sophie is feeling torn between her separate lives, but when an old enemy gets dangerously close to finding her, no identity or location might be safe any longer… 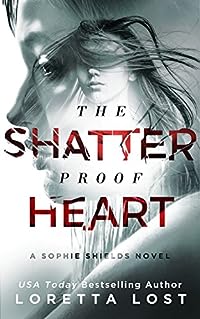 Sophie Shields has been captured by the man she’s been trying to escape for most of her life… This time, no one can save her. Not even Cole.

Benjamin Powell is the powerful politician who molested Sophie when she was only a child. She changed her name, her hair color, and moved across the country multiple times to get away from him, but her enemy has been intent on finding her.

And when he finally has her in his grasp, he will make her pay for abandoning him and leaving him crippled.

Unless Snow can stop him.

But this man is so evil that even Snow, the violent, unhinged, fearless part of Sophie, begins to feel afraid.

Will Sophie ever break free and see Cole again? 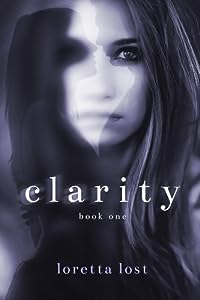 Her world has always been dark, but he might be able to change everything…
Fiercely independent Helen Winters was born completely blind, but she vowed never to let her disability keep her down. She did not expect a traumatic event to devastate her life and force her to drop out of college. Disillusioned by the cruelty of people, Helen retreated from society to live by herself as a reclusive writer in the woods–where no one could ever hurt her again.

When a brilliant young doctor shows up on her doorstep, promising her that his new research can give her the ability to see for the first time, Helen stubbornly refuses. She has learned not to trust anyone, and to rely only on herself. But Dr. Liam Larson will not take no for an answer. He makes it his personal mission to rescue Helen from her loneliness, and bring joy into her world once more–the joy she has denied herself for so long.

When Helen’s demons come racing back into her life, threatening to rip her apart and destroy the strength she has carefully rebuilt, Liam is the only one who might be able to save her. Can he reach the broken girl in time, helping her to heal and see the world in a different light? Or will Helen’s grief send her spiraling out of control, lost to him forever? 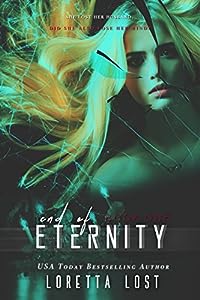 End of Eternity
by Loretta Lost

You never really know the person you’ve married… until it’s too late.

Pregnant heiress Carmen Winters goes into shock when she comes home to find her husband hanging from a chandelier. Her immediate thoughts concern whether she should snap a photo for social media.

As she gathers her wits, she begins to question the events surrounding her husband’s death. Carmen’s quest to understand the suicide is complicated by her difficult pregnancy and aggressive advances from her late husband’s best friend.

When Carmen discovers information about her husband that makes her realize her entire life was a lie, she finds herself drowning and needing desperately to lean on someone for support. Feeling vulnerable and lost, she gets entangled in a dangerous relationship and is unprepared for the consequences… One man may hold the key to her salvation, while another seems bent on her destruction.