A New Place To Shop

The big news of the day is the whole Book Basset family is going to FRANCE..and GERMANY…AND ITALY! Whoa… I just freaked myself out. This November we are going to Germany to celebrate my husband’s grandmother’s 100th birthday. I have never been to Europe, but I certainly must go for a 100th birthday party. When I start to freak out a bit about the plane ride, my mother in law starts talking about all the delicious cakes in Europe. That settles me down a bit. So now I get to think about all the wonderful Christmas shopping I get to do this year. 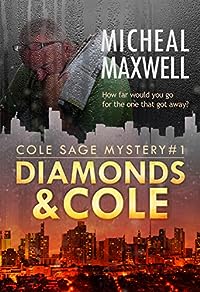 An Urgent Plea For Help

Ellie sends Cole Sage a desperate message asking for help. Ellie is the “one that got away”; the one that has haunted his life. Cole drops everything and flies to California. Ellie is afraid that her estranged daughter Erin’s inheritance won’t go to her, but to her abusive step-father. Cole vows to find the girl and right the situation.

Cole Will Keep His Promise, Or Die Trying

Cole’s path is blocked at every turn by the husband who abandoned Ellie, his shady real estate deals, violent con men, street thugs and the lure of a fortune in diamonds. The anger, sorrow, and crippling guilt of twenty years fires Cole’s drive to keep a promise that, in the end, will heal him and return the soul to the great journalist.

Diamonds and Cole is just the beginning for Cole Sage, and your introduction to a series you will love! The Cole Sage series departs from the usual heavily sexual, profanity laced norm and gives readers character driven stories, with twists, turns, page turning plot lines, and a lot of heart. 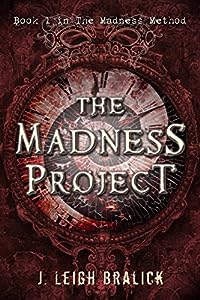 Cavnal has been at peace for nearly a century. Magic, once revered, is now the object of contempt. And anyone unfortunate enough to be born with its powers has been banned from the nobility and pushed to the fringes of society.

All his life, Prince Tarik has known that if the world discovered his secret — that he was born a mage — he would lose everything. But when a wave of violence in the city points back to an underground society of mages, everything changes. Only Tarik has the power to infiltrate their ranks. Only he can learn the truth about a plot that could destroy everything he loves.

But nothing can prepare him for the life of lies he will have to live to win a place in that society. Or for Hayli, a shape-shifter mage who is unlike any girl he has ever met. She might be the one to destroy all his plans… or she may be the only one who can save him from himself.

Together they face a dangerous web of sedition, crime and violent ambition, where nothing is as simple as either of them believed. And what they discover will challenge everything they thought they knew about loyalty and betrayal, love and honor. 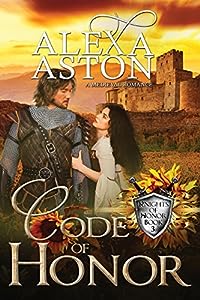 1365 A.D. – After the Earl of Sandbourne banishes his supposedly unfaithful wife to a convent, his young son Michael swears never to set foot on the family’s estate until after his father’s death. Michael will then claim his title as the new earl and restore his beloved mother to a place of honor.

Fifteen years pass, and the now-knighted Sir Michael Devereux serves Lord Geoffrey de Montfort at Kinwick Castle. He accompanies the nobleman and his family to a wedding, where Michael unknowingly falls in love with the bride before he even knows her identity.

Lady Elysande Le Cler is angry that her usually indulgent father went against her wishes and betrothed her to a stranger prior to his death. Now as her wedding day approaches, dread fills her — until she meets a dashing stranger who helps her deliver a foal. Elysande loses her heart to this knight, frustrated that they can never be together.

Join Michael and Elysande as they find fate has other plans in store for them. 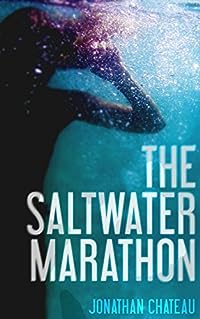 The Saltwater Marathon
by Jonathan Chateau

The Saltwater Marathon is a page-turning sci-fi thriller about a grief-stricken man who puts his emotions aside when he finds himself trapped in a mall with strangers being pursued by a supernatural threat.

Bryan Combs made a terrible mistake. He cheated on his wife, Sirena, and fell for the seductive charms of his boss, Carmela. The adultery proved too great for Sirena to handle, so she hopped in her car and drove it into the ocean.

Her body was never recovered.

Overwhelmed with grief and guilt, Bryan buries himself at work, opting for late night shifts at the mall, often drinking himself to sleep in the back office of his once beloved job.

However, everything changes the morning they show up.

Strangers appear at his office door screaming and pleading for him to open the door because they are being pursued and desperately need somewhere to hide.

As he awakens from his drunken stupor, he begins to wonder if this some sick joke put on by Carmela? Retribution against him for ending their torrid affair?

Bryan would not be sure until he confronted these strangers.

Once he does, he soon witnesses for himself what has these people so afraid, so panicked, that he finds it impossible to stay caught in his spiral of self-loathing. 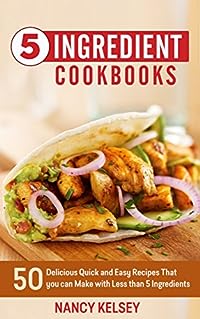 5 Ingredient Cookbook: 50 Delicious Quick and Easy Recipes That You Can Make With 5 Ingredients or Less
by Nancy Kelsey

This SIMPLE and DELICIOUS cookbook has step-by-step recipes that are easy to follow and simply prepared. All of the recipes only require 5 ingredients or less! No more looking for hard-to-find ingredients that you’ll only use once.

=> 50 Delicious 5 or Less Ingredients Recipes
=> You’ll find the Following Main Benefits in This 5 or Less Ingredients Recipes Book.
=> Each recipe in this cookbook is healthy, tasty and easy to prepare.
=> Each recipe is accompanied with a captivating, beautiful and colored picture of the final outcome recipe.
=> Step-by-step directions for preparing each of the recipes that makes the process of cooking much quicker & easier.
=> Ingredient list for every recipe is clearly written and measurements are given in a very simple and easy to understand manner.
=> The navigation between the recipes has been made super easy.