I was mugged by tiny humans wearing matching tie dye shirts that said walk-a-thon on it. Crazy stuff going down at that little school. The decorations I threw together at the last minute turned out pretty good. So good in fact, that the moment the kids were told the walk-a-thon was over, they ripped the decorations right out of the ground and ran off with them. I watched helpless as my little high-fiving cloud dude was nabbed and carried off by a tiny tot in pigtails. She was fast. Like she had been planning to nab that guy the whole time. My shocked at the swiftness of these kids was clear on my face. One of the other parents asked me if they were supposed to grab the decorations like that. I told him no because we were going to use them again as decorations for the end of school carnival. He offered to tackle the tiny thieves, but I declined his offer. Tempting… but no. I am flattered that they liked them enough to take home. Those kids are fast. 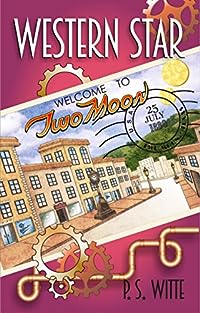 Welcome To Two Moon follows the adventures of Lyria Grant as she travels to a curiously advanced town in the Old West; it combines the tenacious quickfire of a western with industrial-but-better fantasy steampunk inventions, adding more than a dash of scientific sourcery to the picturesque western landscape. Two Moon’s lands are rich in metal ores and its citizens take full advantage of it, creating a gleaming contrast to surrounding towns and proudly displaying clockwork details on every building. Spitfire scientist and inventor Lyria Grant moves with her father from Philadelphia to Two Moon, excited for the custom laboratory her father has promised her. However, when she sees that Two Moon still suffers from Wild West problems, Lyria dons the disguise of her favorite dime novel hero, The Western Star, and vows to use her inventions & ingenuity to fight injustice herself. Although she plans to carry out her vigilante plans herself, she meets Zane, a tall, handsome cowboy who may have a few secrets himself.

The first book in the Western Star series, Welcome to Two Moon introduces readers to the town and characters they will enjoy getting to know better & look forward to following their wild, steampunk adventures. Although you will meet old friends in every book, each book in the series is a “stand alone” – no infuriating cliff hangers! 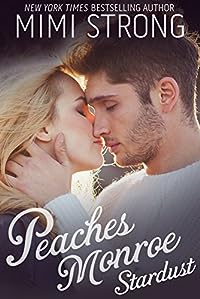 “Bridget Jones meets Fifty Shades of Grey in this hilarious romance series! Sexy and funny… couldn’t put it down!”

A sassy bookstore manager is pursued by a famous actor in this wildly hot, funny, enjoyable romance.

“This is one of those series you beg your best friend to read because you have to have someone to laugh with. This book has everything… humor, great characters, and (heat)!”
Bobbie Jo, Two Crazy Girls with a Passion for Books

Dalton Deangelo is a famous actor who sets hearts on fire with his smoldering eyes and devious grins.

Dalton plays the sexiest bad boy vampire on TV. He’s hotter than Edward from Twilight, and badder than Damon from The Vampire Diaries.

When Dalton runs into the book store to hide from reporters, he refuses to leave… until he gets a date with Peaches Monroe.

As soon as Peaches kisses Dalton, her quiet, small-town life begins to unravel. 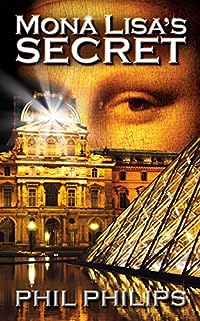 Joey is the great-grandson of Vincenzo Peruggia, the man who stole the original Mona Lisa in 1911. Along with his girlfriend, Marie, an art connoisseur, he stumbles across his father’s secret room, and finds himself staring at what he thinks is a replica of da Vinci’s most famous masterpiece.

BUT IT IS NO FAKE

The Louvre has kept this secret for over one hundred years, waiting for the original to come to light, and now they want it back at any cost.

With Marie held hostage and the Louvre curator and his men hot on his trail, Joey is left to run for his life in an unfamiliar city, with the priceless Mona Lisa his only bargaining chip. While formulating a plan to get Marie back with the help from an unexpected quarter, Joey discovers hidden secrets within the painting, secrets which, if made public, could change the world forever. 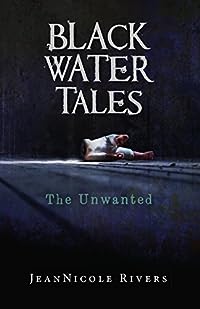 In the remote, eastern European town of Borslav there is St. Sebastian orphanage, a place where people discard their unwanted children. For the American, Blaire Baker, it’s the perfect place to volunteer her services. Paired with a cheerful volunteer nurse, Blaire is enthusiastic about the possibilities, but is quickly discouraged when she encounters the nefarious nature of the staff and the deplorable conditions of the facility and the children.

Upon arrival, one of the children informs Blaire, “There’s something in the basement.” It isn’t long before strange things begin happening, including Blaire’s flashbacks of the accident that killed her parents. The children soon suffer injuries that Blaire, first, fears may be the deeds of the callous workers but she soon thinks the abuse may originate from a source that is less than human, something unwanted.

The unwanted is coming but in order for Blaire to fight it, she must dig into St. Sebastian and herself in search of truth. Blaire wants nothing more than to help the children, but when she discovers the tragedy that happened in the basement and learns that the same evil forces are still at work, it will be Blaire who needs help… There’s something in the basement. 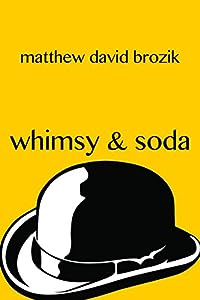 WHIMSY & SODA is a collection of twelve hilarious short stories featuring the best-known and best-liked characters of P.G. Wodehouse’s fiction — Bertie Wooster and his man, Jeeves.

In the opening story, “By and By, Bertie,” Bertie Wooster wakes up one morning to find himself changed in his bed into… a parakeet? Shades of Kafka!

Jeeves takes his annual vacation; the agency sends Bertie the only valet it has available, and that valet is a robot, in “G.E.V.E.”

“Jeeves Your Own Adventure” allows the reader to play the role of Jeeves himself!

In “Back to the Wooster,” Bertie, while in New York, is persuaded by a stranger to take a quick car ride… to the year 1967!

And in “Jeeves and Wayne,” Jeeves helps the Batman begin.