My youngest basset asked me the other day if we had phones back in my day. HOW OLD DO YOU THINK I AM???!!! I informed him we had phones and running water. It wasn’t until later that we got electricity and the moving picture box. I also told him he doesn’t get video games for a week. Teach him to ask rude questions. 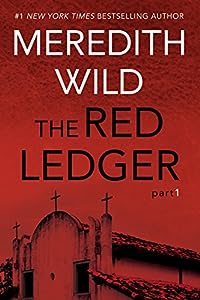 The Red Ledger: 1
by Meredith Wild

Some people measure life in hours. Days. Weeks. I measure mine in kills. A covert military mission gone wrong robbed me of my memory and any link to my past. This is my existence now. I execute and survive. Nothing more, nothing less. I was ready to write Isabel Foster’s name in my ledger of unfortunate souls until she uttered the one word that could stop the bullet meant for her. My name.

She knows my face. She knows me. She’s the key to the memories I’m not sure I want back. Now nothing is simple. I still have a job to do, and my soul isn’t worth saving. I’m not the man she thinks I am. I can’t love her. And sparing her life puts us both in the crosshairs. 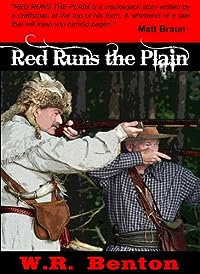 From the Author of ‘War Paint’ & ‘James McKay U.S. Army Scout’
Escaping from the Oto Indians who brutally slaughtered his whole family, fifteen-year-old Jarel Wade runs aimlessly into a snowstorm. On the verge of death he’s rescued by a pair of cantankerous old mountain men as rugged as the mountains off which they live. Taken under their wing, Jarel proves himself worthy of the trail, but something’s coming; something far more sinister that will test every ounce of his newly earned skills and mettle. A rogue former British Army officer is systematically exterminating the free trappers. He wants to corner the fur trade for himself, and he commands a pack of thieves, murderers and outcasts who know the mountains as well as they know how to dig Jarel a grave. 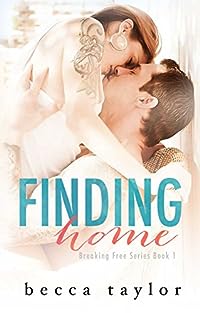 After spending six years with someone who made her feel less than perfect, a one-night stand gives Katerina the confidence to begin again. With her grandmother’s words in mind, she sets out to complete a list that will allow her to gain the fresh start she craves.

Caleb Hayes isn’t the settling down type. His life is exactly what he wants — an uncomplicated routine. He has all he needs with his business, his music, and his motorcycle until the night he meets Katerina.

For the first time in his life, he is thinking about his future. His future with her.

When life starts moving forward, Katerina’s past insecurities return, threatening to ruin everything. 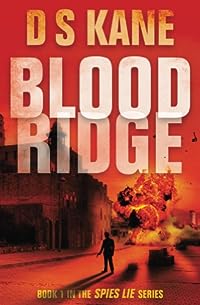 To find justice for those he loved, a man finds himself at the center of a dangerous global conspiracy…
When Jon Sommers finds out his fiancé Lisa Gabriel died in a terrorist bomb attack, he is visited by spymaster, Yigdal Ben-Levy, who throws Jon’s life into chaos, when he tells him that Lisa was not a fellow graduate student but a Mossad spy sent to bring him to Israel. Ben-Levy convinces Jon to seek justice for Lisa’s murder by joining Mossad and going after Tariq Houmaz, her killer.

Shortly after training, Jon’s entire new team is executed by the bomb maker, who murdered Lisa, and only Jon escapes the massacre. As he leaves the scene, Jon finds himself captured, threatened and turned into a double agent for MI-6. When his Mossad handler, Ben-Levy learns this, he wants Jon dead as an example to other Israeli coverts.

If being a hunted double agent isn’t enough, Jon comes across information in his spying for MI-6 that suggests Israel is in impending danger from Houmaz. To stop this catastrophe, Jon must put together his own team, one he can trust with his life. Can Jon bring justice to Lisa’s murderer, or will millions of lives be lost? 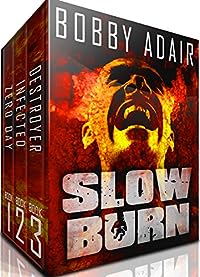 A new strain of the flu is spreading across Asia, Africa, and Europe. Disturbing scenes are flooding social media and the 24-hour news channels. People are worried. They’re frightened.

Too many dismiss the stories as infotainment hype.

But the virus is here. It’s running through the alleys and clawing its way into the suburbs. And it’s in your parents’ living room, in the veins of a deranged man murdering your mother.

Do you run? Do you freeze in fright? Or do you fight?