Movies are a huge influence on our lives. I know this from experience. I was trying to work this morning and was hearing a lot of weird noises coming from the kitchen. No pets or people are awake, and the dishwasher is not running. I can’t see around the corner into the kitchen, so I really have no idea what on Earth was making all the noise. If I had an audience watching me, I am sure they would be screaming at me to get out of the house. Unless they came to see a comedy, then they would just be sitting there wondering why they came to see this movie and not something more interesting. Anywho… So I hear the noise for the third time and decided to investigate. The first thought that came to mind was “Slimer is in there and gonna get me. I’m gonna get slimed.” I haven’t seen Ghost Busters in a long time, so why was he my first thought? I really like the fact that I assumed I was in a scary comedy and not one of those really gory movies. Good to know. 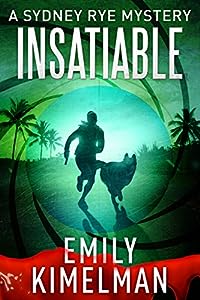 I can’t refuse him. Not this time.

I want to kill Robert Maxim, but I’m going to work with him instead because he can give me something I thought I’d lost forever: freedom from my past.

The daughter of a powerful friend is missing in Mexico, and Robert wants me to find her. She’s a fan of mine… an active member on the Joyful Justice website that appeared after my legendary act of vengeance. I’ve heard about the site but have no desire to visit it and face the madness I’ve spawned. The basic principal, that Joy Humbolt murdered the Mayor of New York to avenge the murder of her brother, is off by a couple of heartbeats. The members’ fanatical belief Joy is a hero makes me sick.

Robert offered me a pardon for Joy Humbolt, but I’m not that girl anymore. I want her gone, the man hunt to end, and the site’s followers to go away. If chasing a spoiled rich girl through Mexico and the Caribbean is what it takes to end this, I’ll do it. I want Joy Humbolt Dead — forever. 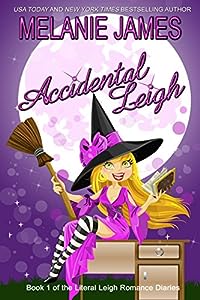 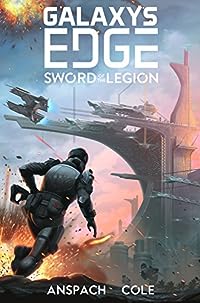 Captain Chhun’s Dark Ops squad is reunited with Wraith, and they are entrusted with the task of denying Goth Sullus the shipyards he so eagerly desires. But when the mission doesn’t go as planned, Chhun and Wraith must find a way to stop the Black Fleet’s advance — even if it costs them their lives.

Meanwhile, an old friend from Nether Ops executes a covert operation that will turn the focus of the Last War of the Republic in a terrible new direction.

Daring heroics, sacrifice, and courage come together as the Legion attempts to contain the fire sparked at the Battle of Tarrago. 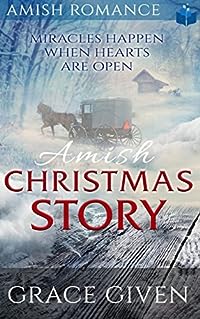 AMISH Christmas Story: Miracles Happen When Hearts Are Open
by Grace Given

A gentle couple, an Amish community and… an unruly son. Clement Litwiller has no desire to follow in his father’s footsteps and is not about to waste his life in boring community living. But what he doesn’t realize is that his choices and actions have terrible consequences for the ones he claims to love. Edrei and Chloe Litwiller find themselves shunned and have to find refuge in a lonely cabin on top of a hill, far away from the life they used to live. But then it’s Christmas time. Will the true spirit of Christmas bring solace to this wounded family, and can miracles really happen at this most wonderful time of the year? A tale of snow, suspense and faith that will keep you on the edge of your seat.