Pretty much anything wrong that my hubby has done in the last few months or so is now wiped completely clean. Left socks on the floor, never happened. Didn’t feed the cat, no problem. Toilet seat left up, that’s just fine. This weekend we went camping at KOA, and they were having a huge Halloween event. I had the brilliant idea of dressing the entire family up as pineapples. I have never been able to get my hubby to dress up before, but this year he did. He put that huge pineapple costume on with a big smile on his face, and paraded around as the proudest pineapple dad in the whole campground. Yup, Dad of the Year over here! 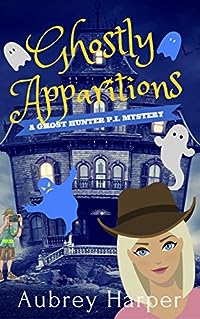 Ghost hunter extraordinaire Meredith Good is not feeling all that great these days. She’s broke and the only possession she has in the world is her crappy car that barely runs anymore. So she decides to move back to her hometown: Silver Bells Cove, Ohio. It’s not ideal, but it’ll do, for now anyway. She’s glad to see her grandmother and she’s more than happy to indulge in her grandmother’s delicious pastries. When she runs into her ex, who happens to be a cop now, things get a bit more complicated. Oh, there’s also a dead body by the lake and the ghost belonging to that body wants nothing more than for his murder to be solved.

Things get interesting when Meredith finds out that the victim was working on projects around the small town, trying to modernize the quaint town with tourist-ready hotels and chain stores. A sexy PI, a greedy billionaire and some not-so-happy locals could all be prime suspects in the murder, and it’s up to Meredith to get to the truth of the matter. With a little help from her best friend Rebecca (who just happens to be a ghost), Meredith is sure to get herself into all kinds of trouble. All she has to do is make sure she doesn’t become a ghost herself in the process! 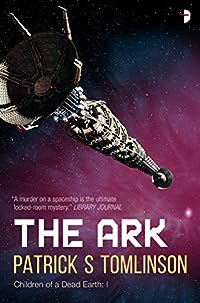 The Ark: Children of a Dead Earth Book One
by Patrick S. Tomlinson, Larry Rostant

Humankind has escaped a dying Earth and set out to find a new home among the stars aboard an immense generation ship affectionately name the Ark. Bryan Benson is the Ark’s greatest living sports hero, enjoying retirement working as a detective in Avalon, his home module. The hours are good, the work is easy, and the perks can’t be beat.

But when a crew member goes missing, Bryan is thrust into the center of an ever-expanding web of deception, secrets, and violence that overturns everything he knows about living on the Ark and threatens everyone aboard. As the last remnants of humanity hurtle towards their salvation, Bryan finds himself in a desperate race to unravel the conspiracy before a madman turns mankind’s home into its tomb. 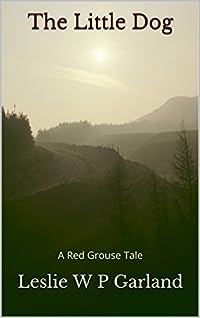 The Little Dog: A story of good and evil, and retribution. (The Red Grouse Tales)
by Leslie W P Garland

Two foresters find a little dog sitting beside the forest haul-road way out in a remote part of the forest. What is the little dog doing there? As the narrator, a young Bill, tries to ascertain who is his unsavoury workmate, the little dog disappears. Then suddenly events take an unexpected turn and our young naive Bill starts to learn some awful truths.

Adult speculative literary fiction for those who like to think about what they are reading.

(Warning to sensitive readers; this tales does contain a tiny bit of bad language and references to sex) 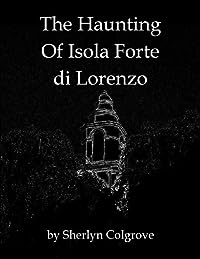 The Haunting of Isola Forte di Lorenzo
by Sherlyn Colgrove

When high school PE teacher and part time ghost hunter, Jorden Mason thought of approaching her ghost hunting partner and best friend Matt Connelly about taking their hunt overseas, never did she think he’d agree. But when she steps foot on Isola Forte di Lorenzo it becomes all too real. Immediately they discover that they’ve found the real deal as activity abounds.
Strange noises are nothing new to the team of ghost hunters, but when flying furniture, smashed equipment and mysterious gusts of wind threaten to push them out of buildings becomes routine, they start to question what they are dealing with. Unfortunately the realization comes too late to save one of their own. Now it has become a race against time to save themselves and the numerous souls trapped on the small island as the blood moon approaches and a demon is determined to deliver them all to hell. 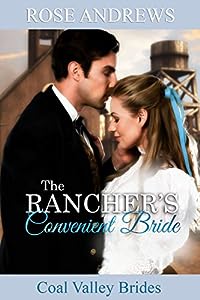 Emelia Winters, the mercantile owner’s daughter, has always been at her father’s disposal. Facing the loss of his store to pay a gambling debt, he pressures her into marriage with the collector. Unable to see another way to save the family business, she agrees to be a bride of convenience and discovers her new husband has the heart of gold she’s been searching for.

Benny Banks, a cattle rancher, has long been an expert card player. After a big win lands him a woman’s hand in marriage, he welcomes her in his home and learns life now has greater meaning.

Once two lonely people, these destined lovers stand against town gossips and jealous hearts conspiring to keep them apart.