During the Halloween season people seem to be easier to spook. No surprise there with all the horror movie commercials. My brain is extra mean to me during this time of year and I spend a lot of my time avoiding dark corners. I can hear them you know. They have come back and are making their presence known. I tried to brush it off, but they are pulling a Fatal Attraction move on me and screaming that “THEY WILL NOT BE IGNORED!” I hear them every morning, for the past two weeks, rattling in the attic. Actual rattling. They are RATS!!! Not again! Although on the bright side they do make an awesome noise for Halloween to spook my guests. Is that when you know you have lost it? When you think the rats in the attic just add that extra something something to your decorations? Yaaa… probably. 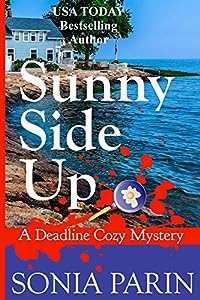 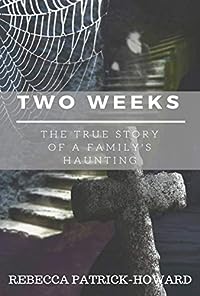 Do YOU believe in ghosts? Neither did Laura’s family… until they moved into the old farm house in the country.

The old house on the outskirts of town was the perfect fit for Laura and her large family. With plenty of bedrooms for everyone, a big yard, and the best climbing tree they’d ever seen, she and her sisters couldn’t wait to get moved in.

It didn’t take long for the house to reveal its secrets.

In this spooky tale of a real life haunting, an entire family was targeted as something evil lurked between the walls and threatened to tear them apart. In the two weeks the family lived in the haunted house they battled physical attacks from unseen assailants, spiritual attacks on their articles of devotion throughout the house, and even demonic possession.

And then, of course, there was the thing in the basement-the thing that nobody wanted to talk about.

Was the house reliving its torrid past or are some houses just born evil? Laura’s family was about to find out in the worst way!

In this incredible true ghost story of a family living a horrible nightmare in central Kentucky, if you weren’t a believer in the paranormal before, you might just change your mind.

(TWO WEEKS is, indeed, a true account of a haunting that took place in the late 1980s.) 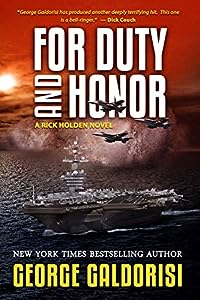 For Duty and Honor: A Rick Holden Novel
by George Galdorisi

THERE IS DUTY. THERE IS JUSTICE. AND THEN THERE IS VENGEANCE…

In the volatile waters of the Arabian Gulf, the USS Carl Vinson Strike Group – under the command of Admiral Heater Robinson – stands ready to unleash the full fury of a nuclear aircraft carrier against America’s enemies. When it becomes clear that the government has no intention of punishing the murderers, Robinson decides to take justice into his own hands, no matter what the cost.

As a storm of terror descends upon the United States, CIA operative and U.S. Navy SEAL Rick Holden faces a moral dilemma of his own. The military elite in Washington have chosen Holden to halt the cycle of madness. 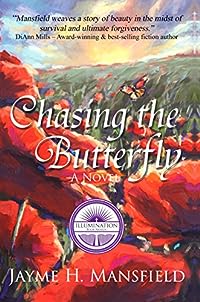 Chasing the Butterfly
by Jayme Mansfield

From a vineyard in the south of France to the sophisticated city of Paris, Ella Moreau searches for the hope and love she lost as a young girl when her mother abandoned the family. Through a series of secret paintings, her art becomes the substitute for lost love — the metaphor of her life. But when her paintings are discovered, the intentions of those she loves are revealed.

“This story is about the life of a child transported to France to live at her father’s winery. This is pre WWII. Then Ella is abandoned by her mother. We follow her thru the growing up years as she blames herself for her mother leaving, for the death of her brother, and any thing else where someone leaves. War comes and eventually she moves to Paris to work on her painting career. Give this book a read. You’ll be glad you did.” ~ Amazon review.

Written for the General Market (G) (I): Contains little or no; sexual dialogue or situations, violence, or strong language. 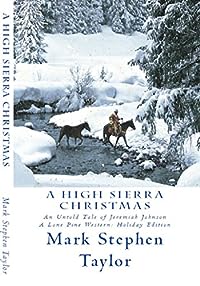 *HOLIDAY EDITION: ‘A High Sierra Christmas’ is a tale of the West, narrated in the ‘old west’ style. It’s a story of Jeremiah Johnson and his ‘later in life’ adventures in the High Sierra-Nevada mountain range of California.
Two old cowboys, looking for gold, seek out Johnson and ask him to guide them to their dreams across the rugged High Sierra. In this fireside tale, Jeremiah and his Indian friend, John Windwalker, embark on that adventure with his visiting young nieces, Carrie and Hannah, and his nephew, Marc.
The group rides out on a difficult journey up the east side of the majestic, white granite range, headed toward Mineral King on its western slopes. But, when the bank in Big Pine is robbed, three lawless men in their getaway head up the trail right behind them.
What happens next is a long way from what you might expect. For young and old alike, it’s for sure a Christmas to remember. You’d best saddle up and ride along!